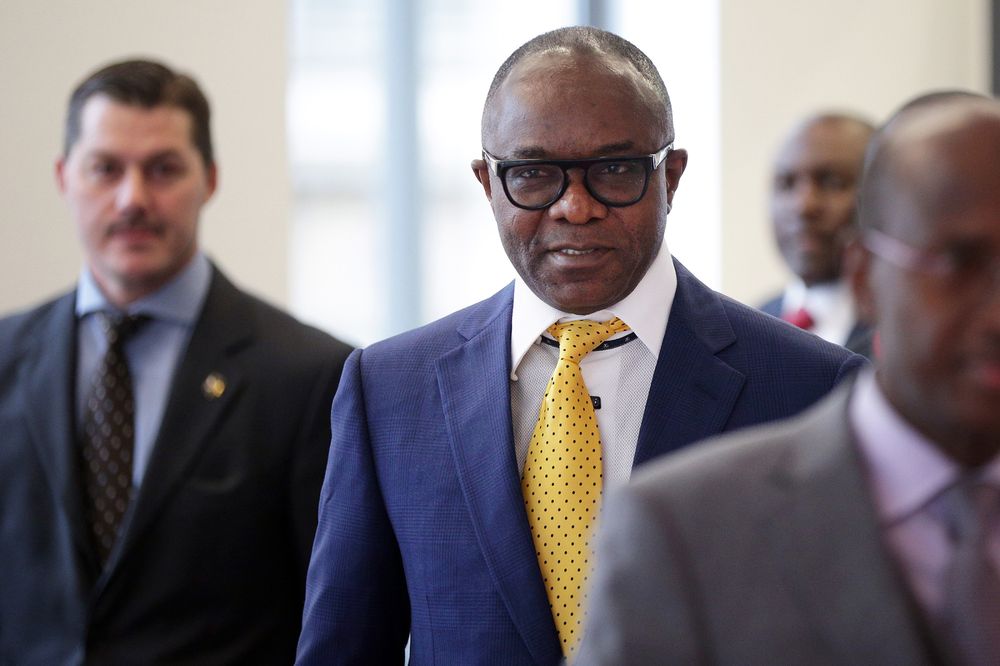 The Minister of State for Petroleum Resources, Dr Ibe Kachikwu, said on Monday that the Federal Government had forced oil companies operating in the country to fork out N1.2tn in royalty arrears.

Kachikwu said this in Lagos while launching the Crude Oil and LNG Tracking command centre and other initiatives by the Department of Petroleum Resources.

“What COLT does for us is that we can tell every vessel that is loading crude and liquefied natural gas, and where it is going to; we can actually track today those vessels to the point of destination and discharge,” he said.

He said the country had grappled with the inability to ascertain the exact quantity of crude oil being produced as well as the leakages for decades.

The minister said, “Today, apart from tracking the production, we are also able to track the movement of the crude – the vessels that come in and go out of the country. Following those sorts of initiatives, we have launched a series of IT-based platforms and interventions. I am happy that now the DPR can give up-to-the-minute figures. We are also applying technology to the issue of gas flaring.”

Commenting on crude oil theft, he said the tracking would also help to address the gap between production and actual physical stock.

“Crude oil theft is still there; let’s not pretend about it. But under this government in the last few years, it has reduced significantly,” he added.

Kachikwu said the royalty indebtedness recovery initiative followed the President’s directive that all outstanding royalties must be recovered.

He said, “The process of determining royalties in the past was largely driven by the initiatives of oil companies, which determined what they produced, and we calculate royalties on the basis of that. Now, we are able to, using the systems we have, see what actual production volumes are to determine royalties.

“Under the rules, you will not get renewal unless you pay your outstanding royalties. What we have done is that for those who have shown the seriousness in mapping out how they intend to settle that, we will renew (their licences) but we won’t give them the final certificate until they have liquidated the outstanding royalties.”

Kachikwu added, “We have raised N1.2tn so far as a result of this aggressive royalty recovery. Clearly, when we finish, we will at least have a situation where everybody who is operating is current in terms of their payments.”

President Muhammadu Buhari, in his 2019 budget speech to the National Assembly in December, said the volatility in oil prices, and disruptions in oil production delayed the plans to recover past due oil licence and royalty charges as well as the restructuring of the joint venture oil assets.

“As we have returned to the path of growth, I have directed that action on all our revenue initiatives be expedited. I have already issued a number of Presidential directives on the disposal of recovered assets, deployment of the National Trade Window as well as the immediate recovery of past-due oil royalties including by crude seizures, if necessary,” he added.

Kachikwu said one of the key areas for the ministry was to ensure transparency in operations and speed.

He said, “Previously, it took almost forever for people to get licences for simple things like licensing of filling stations, plants and all that.”

“We have also launched the benchmarking system to track expenses and see how we can continue in our process to try and reduce the cost of producing oil in this country which has been a major challenge for us. And given the oscillating price of oil globally, unless we are able to do this, you will produce oil and not make money out of it. So, this is very helpful for us.”