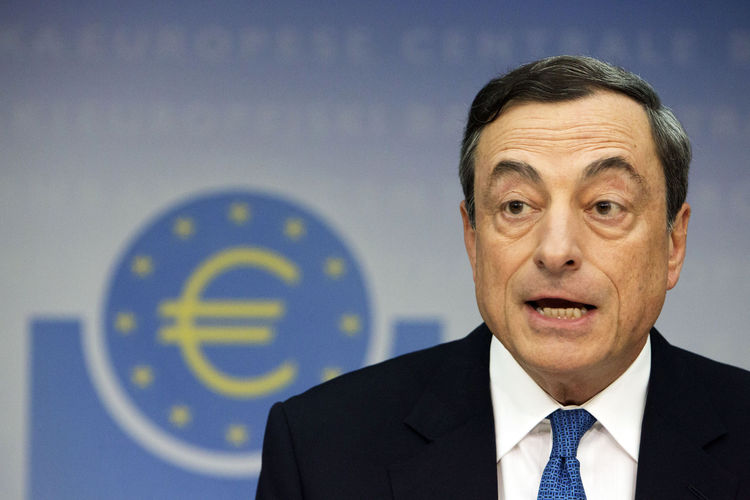 The European Central Bank pledged to keep interest rates at record lows at least through the summer after policy makers met amid rising concern about the region’s growth outlook.

The decision on Thursday came just hours after a report signaled the euro area’s economic slowdown is set to drag on, with the region beset by political strife and global risks such as mounting trade protectionism. Economists and investors have cut their forecasts, questioning the relative optimism President Mario Draghi expressed last month when he announced the end of bond purchases.

“The biggest risk right now is that we talk ourselves into a recession,” Natixis Chief Executive Officer Jean Raby said in a Bloomberg interview at the World Economic Forum in Davos. “The environment from the monetary-policy standpoint is likely to stay relatively stable and benign.”

Draghi will hold a media briefing at 2:30 p.m. in Frankfurt, where the focus will be on the Governing Council’s assessment of the risks to growth. A survey of purchasing managers published earlier Thursday showed German manufacturing shrinking for the first time in four years, dragging the euro-area economy into its worst performance since 2013.

Economists predict the ECB will lower its outlook when projections are updated in March, and have extensively discussed in the run-up to Thursday’s meeting whether the recent spate of disappointing data will prompt policy makers to describe risks to growth as tilted to the downside.

To maintain ample monetary accommodation, the Frankfurt-based institution said it intends to reinvest proceeds from bonds maturing under its 2.6 trillion-euro ($3 trillion) bond-buying program for “an extended period of time past the date” of its first interest-rate increase. Its cautious approach is echoed around the world as the U.S. Federal Reserve stresses it’ll be patient with rate hikes to ease market turbulence and China seeks ways to to deal with its slowest expansion in almost three decades.

Draghi told European lawmakers earlier in January that the bloc isn’t heading into a recession. Acknowledging that continued uncertainty over economic prospects weighs on confidence, he said there’s also reason for optimism: Unemployment continues to fall across the region and wages are on the rise, giving the ECB reason to believe inflation will pick up gradually.

For some policy makers including Sabine Lautenschlaeger and Estonia’s Ardo Hansson, that means the economy is evolving as projected and a rate hike later is this year still in the cards.

Yet the window for the ECB to tighten policy is closing, according to a Bloomberg survey of economists. They’ll be looking for any hints from Draghi on whether the central bank will offer new long-term loans to prevent a tightening of financial conditions. A suggestion was already made in December to “revisit the contribution” the previous round made to the policy stance. Most economist except an announcement in March.