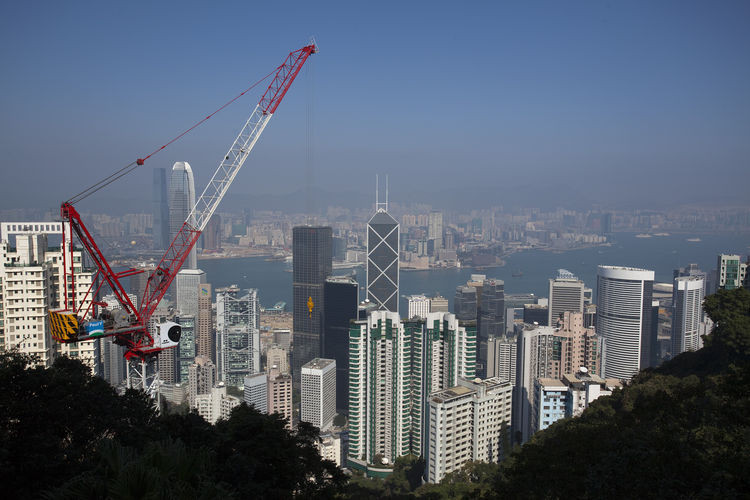 Nigeria’s economic outlook remains challenging in 2019 as investment inflows and revenue generation are projected to drop further in the new year.

The economy grew at 1.81 percent in the third quarter of 2018 after a 1.5 percent expansion in the second quarter but the unemployment rate rose to 23.1 percent from 18.8 percent recorded a year ago. A sign the economy is merely sustaining growth after recovering from the recession in 2017.

One of the key factors in measuring the healthiness of an economy, the stock exchange market, returned -15.39 percent in 2018 while the national foreign reserves dropped to $43 billion on weak capital importation.

Rising interest rates in developed economies will continue to hurt capital inflow into emerging markets like Nigeria in 2019, especially with the European Central Bank likely to raise rates in the new year after announcing an end to its asset-buying program.

Global Economy and Impacts in 2019

The trade war between the U.S and China, the two world’s largest economies, should slow down global growth in 2019 but as China continues to adjust its policy to accommodate U.S. demands for an open market, global growth should pick up and expand at about 3.5 percent in 2019, down from 3.7 percent in 2018.

While the four rate hikes in the United States, the two from the United Kingdom since the recession and Canada’s five times rate increase since summer of 2017 boosted capital outflows from Nigeria and other emerging economies in 2018. The trend is expected to continue in the first half of 2019 but into the Euro-area ahead of the European Central Bank rate increase.

Global oil market remains largely uncertain in 2019 due to the projected slow down in China’s economy, the world’s largest importer of crude oil. But with Saudi Arabia and Russia led OPEC+ recent accord to cut production by 1.2 million barrels a day, Brent crude may average $70 a barrel in the first half, however, that should fade in the second half of the year as U.S. producers sustain output at about 12 million barrels a day.

The labour market remained weak with low new job creation and shrinking existing jobs, the trend is expected to continue in 2019 and up until the second half of 2020 when new policies would have crystalised and interest rate lowered.

The Central Bank of Nigeria left interest rate unchanged at 14 percent, citing weak investment inflow and rising consumer prices. But with Dangote refinery scheduled to commence operation in 2020, the CBN would have more liquidity to stimulate growth and lower interest rates enough to support new jobs. 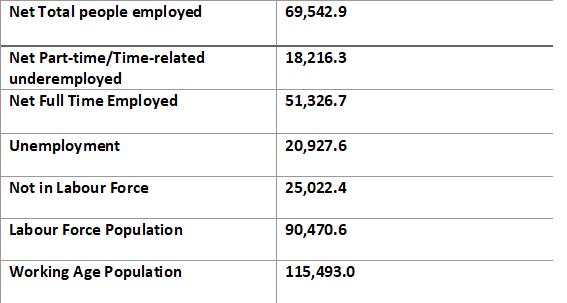 Therefore, the unemployment rate is projected to increase from the current 23.1 percent in 2018 to 25 percent by the third quarter of 2019 and start moderating by the second half of 2020.

OPEC+ production cuts and weak capital inflows will weigh on Nigeria’s economic productivity in 2019. Nigeria’s oil production is expected to be capped at 1.685 million barrels a day in 2019, this should reduce foreign revenue generation and impact Central Bank of Nigeria’s forex intervention program that has sustained economic activities in the last two years. 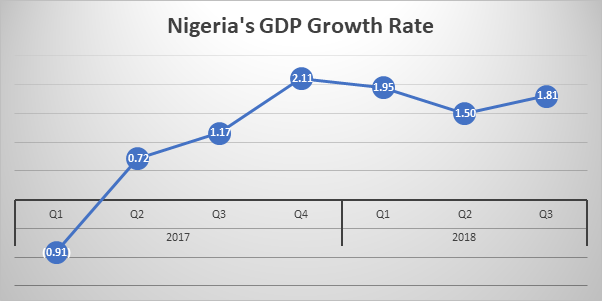 Despite crude oil production rising to 2.09 million barrels a day in 2018, growth remained lackluster with 20.9 million unemployed people and 43.3 percent national unemployment and underemployment rate. At a lower production level with a drop in investment inflow and high capital outflow, economic productivity is projected to slow down in the first half of 2019 and remained largely unchanged in the second half of the year when new administration would have been sworn-in.

Also, investment inflow and market sentiment are expected to start picking up by the second half of the year when implementation of the 2019 budget would have commenced.

However, analysts at Investors King Limited said: “The problem with the 2019 budget is that 71.34 percent of the 2019 budget will be spent on recurrent expenditure, 18 percent higher than 2018 budget. While non-oil revenue is expected to rise by just 0.1 percent in 2019.”

“In an economy that is likely to experience a drop in revenue in 2019 due to OPEC+ production cuts agreement, weak revenue generation amid huge capital expenditure that over the years has failed to stimulate new job creation and enhance economic productivity is the number one problem of the 2019 proposed budget.”

How Much Does it Cost to Climb Kilimanjaro