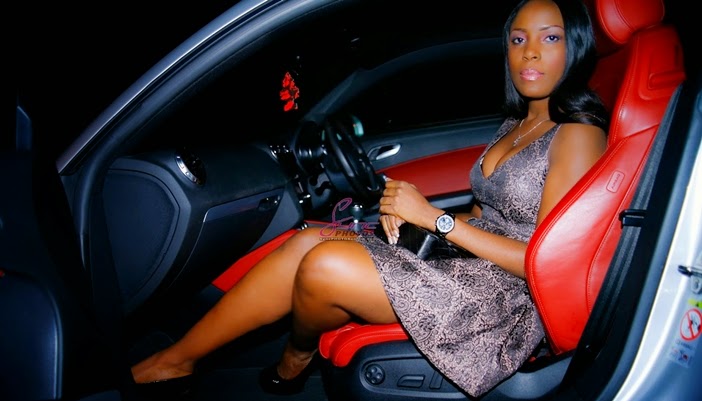 Nigeria’s richest blogger, Linda Ikeji, spent at least $100,000 on bags each time she traveled out of the country, the billionaire said during an interview with Daddy Freeze.

However, the new mother said it doesn’t come easy as she had to work twenty hours a day up until 2013 and only stopped working long hours when she started throwing up due to stress.

According to her, she was earning 90 percent of the total amount spent on online advertisements in Nigeria at a point and earn at least N1 million naira a day from sponsored post alone. On Google adsense, she described her revenue as ‘ridiculous’.

The blogger put her studio investment at over N600 million and said she is not into real estate investment because of the low annual returns, an amount she earns in a day or two.

Below is the full interview.

An anti-corruption group, the Centre for Monitoring and Evaluation (CME) has published a report in which it deemed the procurement processes at the Ministry of Humanitarian Affairs, Disaster Management and Social Development flawed, in order to protect the interests of only a select few.

Also according to the report, the Minister of Humanitarian Affairs, Disaster Management and Social Development, Sadiya Umar Farouq presumably made use of associates to embezzle funds under the different social intervention programmes initiated by the Federal Government.

According to the CME report, of all the parastatals under the Humanitarian Ministry, the National Emergency Management Agency (NEMA) which is responsible for managing disasters in the country is the most hit when it comes to fraudulent contracts.

The report stated that it was revealed that the procurement department of NEMA receives instructions from some officials in the office of the Minister. It also noted that the Director-General of NEMA, Ahmed Habib allegedly collected illegal payments for every contract awarded at NEMA.

The report said that the different social intervention programmes under the ministry had been largely influenced by politics, and then turned into a consistent source of funds by officials at the ministry.

The widely criticised Npower scheme was not left out of the CME’s scrutinising eye, as the group concluded that the Npower scheme fell short of its standards. Recruitment into the scheme was said to be in favour of a particular ethnic (and religious) group in the country.

The report said that the beneficiaries of the Batch C of the Npower scheme were compiled by the Minister, favouring a particular ethnicity and religion. The report gathered that she used the scheme as a platform to solidify her hold on power amongst the country’s “power brokers.”

In the case of NEMA, the report found that the Minister gives instructions to divert funds for unreal emergency relief in some states in the northern region of the country. The CME also found that relief items donated by well-meaning individuals and organisations were diverted to a private storage facility, on the orders of the Minister.

The Npower programme, which has come under heavy fire for its failure to pay beneficiaries their stipends and feeding allowances, has now stated that allowances for September 2021 have been paid.

Some time ago, the scheme announced solutions for e Batch C Stream 1 beneficiaries who had been having issues accessing their payment or checking their payment status. Affected beneficiaries were asked to check the details which they had submitted for payment, in order to ensure that the correct Bank Verification Number (BVN) and bank account numbers were provided.

Some beneficiaries did as they were instructed, but still saw the issues remain with the payment. Others saw their payment status change to ‘Pending’, which is the first stage of the payment process.

On the NASIMS Facebook page, it was then confirmed that all outstanding payments for the month of September, irrespective of any ‘failed’ payment status still reflecting. NASIMS stated that the process of crediting accounts has also begun, as the issues had been cleared.

However, some beneficiaries commented on the news item, with some stating that they had not seen anything from the scheme even more than 24 hours after the scheme announced that it had sorted the payment. One particular individual stated that they knew about 13 people who had not received anything yet from Npower. Some also complained that the ‘payment failed’ status has remained on their dashboards, and they had not received any payments.

Commenting on the general situation, another internet user lamented about the state of the country, touting the payment of the September stipend in December as wickedness and wrongdoing.

NASIMS also addressed a form which was in circulation for Npower beneficiaries, sold for N1,000. NASIMS stated that the form was fake, and people should not be fooled by those selling those forms to them.