The nation’s stock market witnessed a rebound on Tuesday as the market capitalisation of listed equities increased by N74.93bn.

Investor sentiment advanced to 1.8x from 0.9x recorded on Monday as the year-to-date loss moderated to -19.4 per cent.

Activity level also improved as average volume and value traded appreciated by 47.1 per cent and 193.9 per cent to 316.199 million units and N5.090bn, respectively.

Performance across sectors was largely bullish as three indices closed in the green.

The industrial goods index emerged the highest gainer with a 1.63 per cent gain on the back of major gains recorded by Dangote Cement and Cement Company of Northern Nigeria Plc.

The oil and gas index was the second highest gainer, advancing by 1.50 per cent as a result of price appreciation in major stocks such as 11 Plc and Forte Oil Plc.

It was followed by the banking index, which appreciated by 0.48 per cent following gains in GTB and Diamond Bank Plc.

On the flip side, the consumer goods index decreased by 0.91 per cent as a result of the profit-taking in Nigerian Breweries Plc and Unilever.

The insurance index dropped by 0.07 per cent on the back of losses in Continental Reinsurance Plc and Mutual Benefits Assurance Plc.

At the end of trading on Tuesday, 24 stocks emerged gainers against 11 losers.

Analysts at Afrinvest said, “Although we maintain a bearish outlook for the equities market, we do not rule out the possibility of persistent buying interest particularly on fundamentally sound stocks in the near term.” 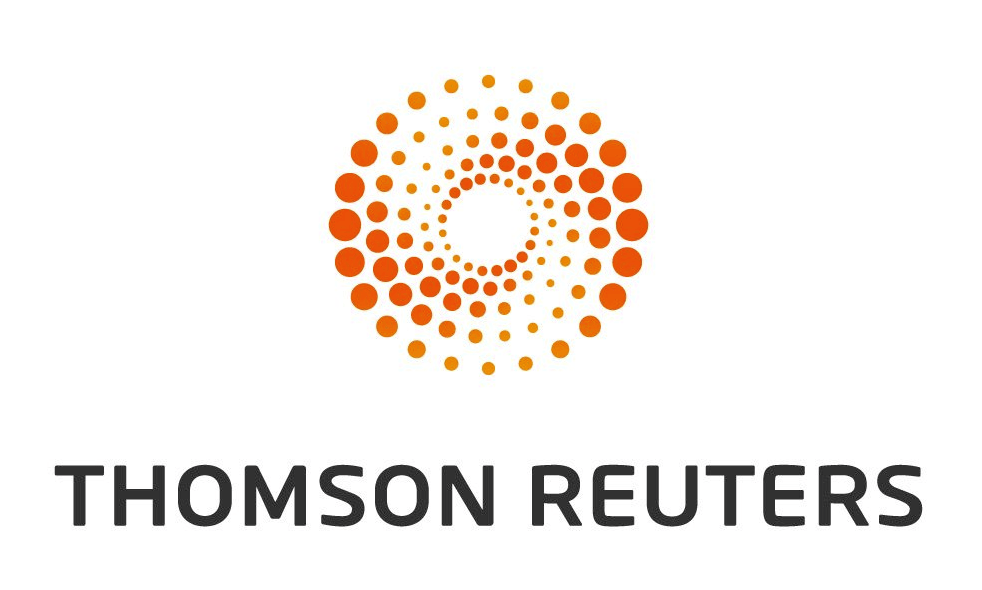 Thomson Reuters today announced the creation of a new $100 million Corporate Venture Capital (CVC) fund to support and accelerate innovation for the “Future of Professionals.” The fund will operate under the name “Thomson Reuters Ventures” and concentrate on investments and portfolio support for companies building breakthrough innovations that will allow professionals to operate more productively and with greater insights.

As a leader in content-enabled technology across the Legal, Tax & Accounting, Risk, Fraud, Compliance, and News & Media markets, customers rely on Thomson Reuters to deliver trusted solutions to manage and grow their businesses. Thomson Reuters Ventures builds on this commitment by investing in and supporting the broader ecosystem focused on these same challenges.

“I’m delighted to add Thomson Reuters Ventures as another way that we are investing in innovation and serving our markets. Our customers are the most informed professionals in the world, and they need to be trusted, accurate, and effective solutions now more than ever. We’re excited to partner with founders and entrepreneurs who share these goals, and to continue to drive emerging solutions as the industry leader,” said Steve Hasker, President and CEO of Thomson Reuters.

“Thomson Reuters Ventures is ultimately about investing in innovation and serving customers. Whether it be AI and Machine Learning innovations that allow professionals to better predict outcomes, identify and act on trusted information, or automate processes for greater efficiency, the overall goal remains the same. We are focused on identifying and supporting innovative companies that can help our customers deliver more value to their customers,” said Pat Wilburn, Chief Strategy Officer of Thomson Reuters, and Executive Director of Thomson Reuters Ventures.

Thomson Reuters Ventures will invest primarily in earlier-stage companies via Series A and B rounds, with a broad lens across Legal, Tax & Accounting, Risk, Fraud, and Compliance, News and Media, Corporates and adjacent areas. Our market positions, relationships with customers and organizational resources make us an ideal partner for entrepreneurs building and scaling companies. 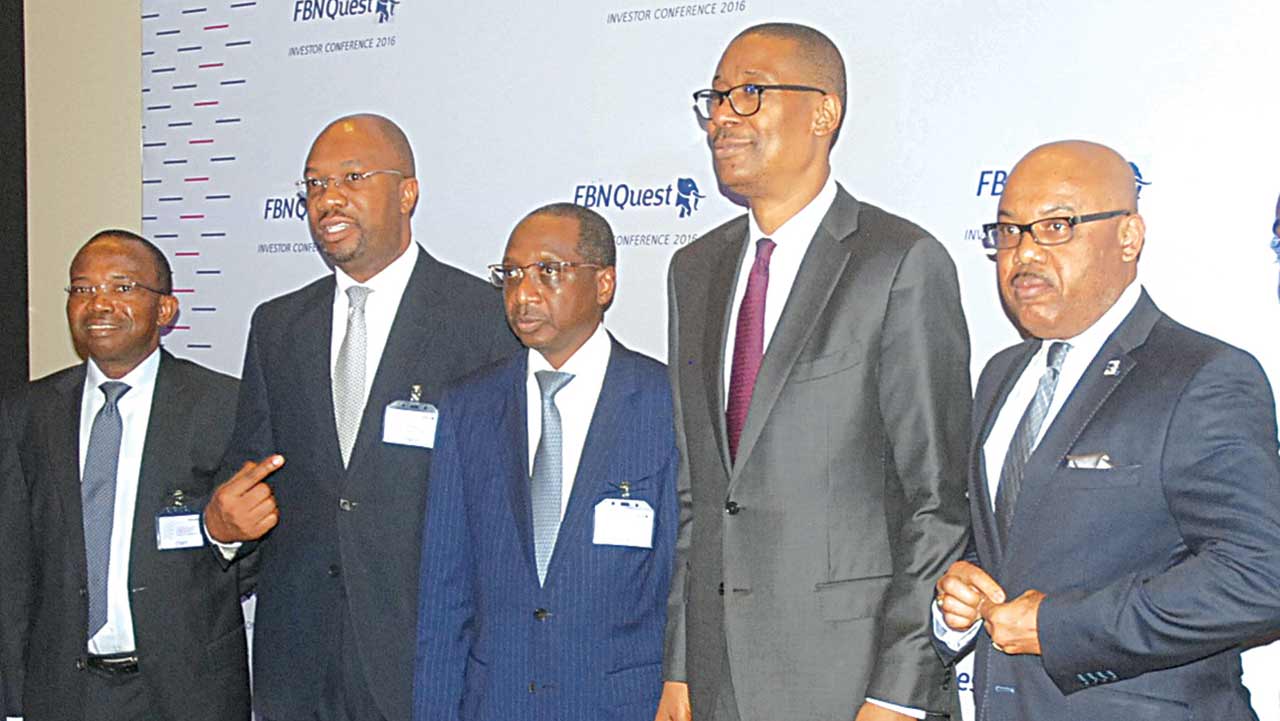 Islamic Estate Planning involves the distribution of your assets that serve to preserve, manage, and distribute them after death according to the principles of the Shari’ah. According to the Islamic ordinance, those principles are significant in planning for dependents and represent an investment in the afterlife.

Islamic inheritance laws organise your wealth ownership and assets to ensure fairness and justice after your passing. Instead of leaving the tough decisions to grieving family members, you can arrange the gifting of your assets in advance. This creates a streamlined process for the distribution of the inheritance to all family members.

Islamic estate planning is essential in the life of Muslim faithfuls. Indeed, if you pass away as a Muslim without a proper plan for your assets, you may be breaching the bequest guidance stated in the Holy Book, which serves as an instruction manual for a Muslim’s life. However, many are not concerned with making an inheritance plan, even though a failure to make one could trigger intense family debate and hinder the transfer of some assets to specific beneficiaries.

According to the guiding principles of Islamic estate planning, after covering the funeral expenses and debts owed by the deceased, a person may designate up to one-third of their wealth. This discretionary giving is known as the Wasiyyah. However, there are limitations to this discretionary giving. For example, Wasiyyah cannot be given to someone already receiving a share under the Islamic inheritance laws. The Wasiyyah is most commonly given to charity or to care for distant relatives who cannot provide for themselves.

The residual two-thirds is the Mirath and is reserved for the Islamic heirs as ordained in the Holy Book. Primary beneficiaries are those who will inherit some of your wealth, provided that they are alive and Muslim. These are your spouse, children, and parents, and they receive a fixed share of the wealth. Secondary beneficiaries are those whose share of the inheritance is contingent on whether other primary beneficiaries are still alive. These may include siblings, grandparents, grandchildren, aunts, uncles, and other relatives. It is vital to appreciate the rights and obligations relating to an estate.

In preparing to bequeath an inheritance, it is crucial to organise your wealth in a manner that will make assets acceptable for consideration in an Islamic estate plan. In this regard, investments should be screened for compliance with Islamic estate ethics, and investments in interest-bearing assets are disqualified. Instead, it would help if you endeavoured to invest in increasingly popular Sukuk bonds. You should consider Mudarabah Investment accounts as substitutes to fixed deposit accounts and subscribe to a family takaful policy instead of a life insurance policy in your saving plans. As for pension assets, you should opt for a multi-fund structure with an option to invest in Shari’ah-compliant instruments.

Zakat, the third pillar of Islam, is a compulsory giving required from every financially stable Muslim. Those who have acquired wealth are obligated to respond to people in need and give back to the community. This response could include sponsoring widows or the education students and organising in a charitable Trust as part of an Islamic estate plan. Therefore, you must consult a professional estate planner to assist with setting up a Trust arrangement where 2.5% of your assets/wealth is set aside annually for Zakat.

Several other tools can be used to organise the transfer of assets to a specific beneficiary. They include Hiba (making gifts), Waqf (setting up an endowment or trust), Wasiyya (transfers by donation), and it is appointing a Wasi or guardian for living dependents. Getting it right requires a thorough understanding of the principles of Islamic estate planning and the various assets available to achieve compliance. FBNQuest Trustees can guide you through creating an Islamic estate plan that makes life easier for your beneficiaries. 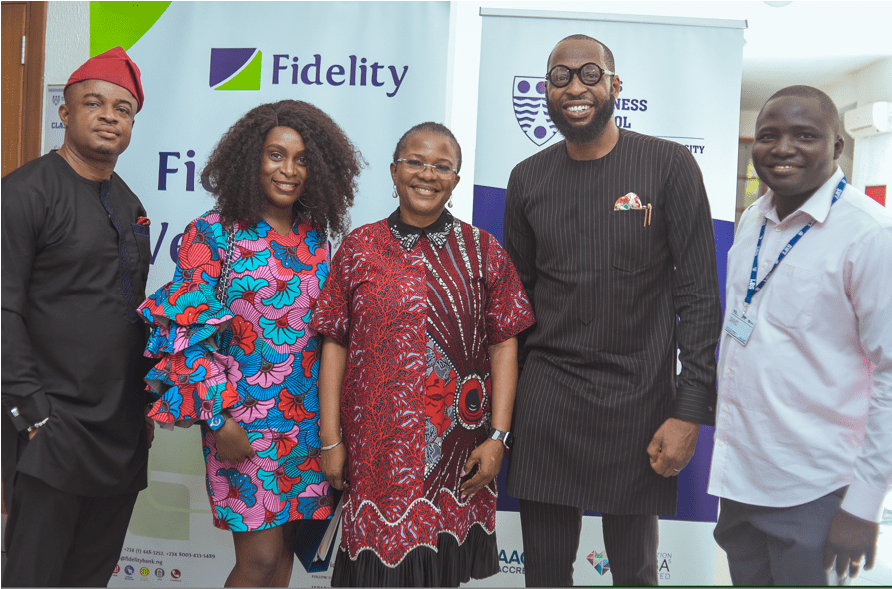 For developing countries such as Nigeria to accelerate economic growth, there needs to be greater private sector participation in their export sectors. This was made known by Isaiah Ndukwe, Divisional Head, Export and Agriculture, Fidelity Bank PLC, at the just concluded 11th edition of the Fidelity Bank Export Management Programme (EMP 11).

Held at the Lagos Business School, from the 4th to 8th of October 2021, the programme, covered a wide range of topics including export documentation and application of export development processes and was facilitated by leading faculty from Lagos Business School, staff of the Nigerian Export Promotion Council (NEPC) and experts in financial management and exports.

“Year-in, year-out, Fidelity Bank has demonstrated its resolve to help diversify the Nigerian economy and increase export earnings. One of the ways we are doing this is through the Export Management Programme which provides participants with the knowledge needed to navigate both the international non-oil export market and the larger export market,” explained Mrs. Nneka Onyeali-Ikpe, Managing Director, Fidelity Bank PLC when tasked on the rationale behind the programme.

The importance of exports has continually been emphasized by various bodies as it provides a means of increasing the markets for producers and especially in Nigeria’s case, an opportunity to attract much-needed foreign exchange earnings. In fact, Akinwunmi Adesina, President of the African Development Bank (AfDB), speaking recently at the Mid-term Ministerial Performance Review Meeting on the topic: ‘Nigeria’s Economic Resurgence: The African Experience’ expressed worry over disincentives to non-oil exports in the Nigerian economy. He, therefore, urged Nigerian fiscal authorities to remove bottlenecks in non-oil exports in order to promote economic resurgence.

One of the participants of the EMP 11, Mr. Kelechi Chukwukezirim, Chief Executive Officer of Dot Global Resources Nigeria Ltd said, “I am thankful to Fidelity Bank and Lagos Business School for this insightful and highly educative program. I came here with just an awareness of export management. However, my experience in the past five days has taken me from point zero to over 40% of quality knowledge on export management. I have enthused at the network and platform this program created that I could leverage going forward. I am excited at what the future holds in this regard”.

According to Mrs. Onyeali-Ikpe, “Previous editions of the EMP have recorded outstanding successes and made marked impacts in the lives and businesses of the participants. We are proud to say that the just-concluded eleventh edition is no exception. The feedback we have gotten from facilitators and participants alike has been nothing short of encouraging. The turnout was tremendous and we are certain that we will witness astonishing results as the participants put what they learned into practice.”