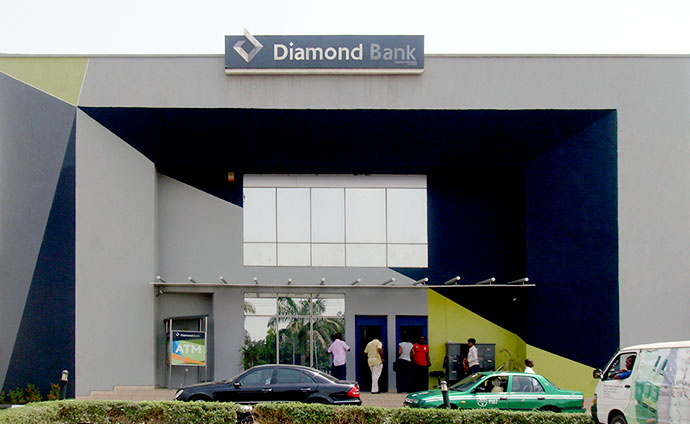 Diamond Bank Plc shareholders on Monday expressed mixed reactions to the news of its merger with Access Bank Plc.

The News Agency of Nigeria reports that the board of Diamond Bank finally confirmed its merger with Access Bank Plc which is expected to be completed in the first half of 2019.

Both banks recently denied media reports of any business merger or combination.

Mr Sunny Nwosu, Founder, Independent Shareholders Association of Nigeria, while reacting to the development, told NAN in Lagos that the merger would benefit the shareholders.

“I am happy about such an arrangement because it is good for the shareholders.

“It is not an issue of bridge bank where they fizzle out the minority shareholders,” Nwosu said.

He said that shareholders would be involved in passing resolutions to perfect the deal.

Nwosu called on both banks to ensure that their shareholders approve the deal by calling for an extraordinary general meeting.

“And it is not within the powers of the CBN to take away our investment and call it bridge bank. This is a better deal for us and I know everybody should be involved,” he stated.

Mr Moses Igbrude, ISAN Publicity Secretary, told NAN that shareholders would support the merger if the board and management of Diamond Bank foresee it as the only option to sustain the bank.

“If the board and management of Diamond Bank deem it fit that the only way to sustain the bank is to merge with another bank so be it,” Igbrude said.

He said that the bank should ensure that all the stakeholders were carried along to avoid litigation.

“It is unfortunate that the young man that is running the affairs of Diamond Bank could not manage and grow it for the benefits of all and even to sustain his father’s legacy.

“CBN, the Nigerian Stock Exchange and any other regulators concerned should ensure that minority shareholders are carried along and not short-changed in the whole arrangements,” Igbrude stated.

He said that the whole merger process should be transparent, noting that “their aim of building the biggest bank in Nigeria or Africa should not get into their heads without there being a consideration for what it’s will take to manage such an entity.”

Alhaji Gbadebo Olatokunbo, former National Publicity Secretary, Nigerian Shareholders Solidarity Association of Nigeria, called for the sanctioning of the board and management of Diamond Bank.