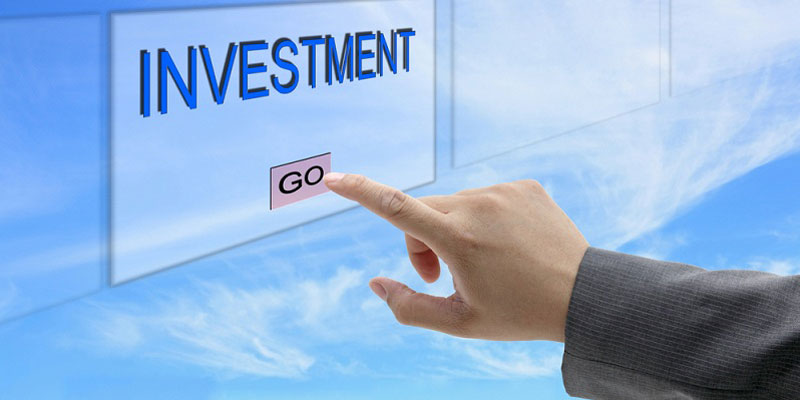 Financial experts have attributed the continued profit-taking in the nation’s stock market to rising yield in the fixed income market and political tension, among others.

The All Share Index of the Nigerian Stock Exchange fell to its lowest point this year last week as some investors sold off their banking stocks.

Analysts at Meristem Securities Limited stated that the increased debt offerings, the rising yield in the fixed income market and mounting political uncertainties drove most investors to seek less risky and high-yielding instruments.

The Chief Executive Officer, Financial Derivatives Company, Mr Bismarck Rewane, told our correspondent that the sell-offs in banking stocks were as a result of the high liquidity of the stocks.

He noted that banks already declared their interim dividends, and the next time investors would be getting any dividends would be April 2019.

He said this, coupled with the high political tension in the country, could be a reason for the profit-taking.

The sell-offs intensified the losses in the year as the ASI and market capitalisation depreciated by 0.44 per cent to close at 32,058.28 basis points and N11.704tn, respectively. The ASI dropped to 31,864.80 bps on Thursday, its lowest level this year.

The year-to-date loss and market breadth closed at -16.17 per cent and 0.67x, respectively, with 24 gainers and 36 decliners emerging last week, as against the 27 gainers and 39 losers recorded in the previous week.

The NSE, in its weekly market report, said the top five gainers for the week were Unity Bank Plc, Flour Mills Nigeria Plc, Prestige Assurance Plc, Glaxo SmithKline Consumer Nigeria Plc, and Niger Insurance Plc, which saw their respective share prices appreciate by 30.99 per cent, 11.69 per cent, 9.80 per cent, 9.55 per cent and 9.09 per cent.

The financial services industry (measured by volume) led the activity chart with 890.433 million shares valued at N8.113bn traded in 7,923 deals, thus contributing 69.31 per cent and 70.31 per cent to the total equity turnover volume and value, respectively.

It said the equities contributed 55.11 per cent and 15.23 per cent to the total equity turnover volume and value, respectively.

The report showed that all indices finished lower with the exception of the consumer goods and industrial goods indices that finished higher by 0.04 per cent and 1.02 per cent respectively, while the NSE ASeM Index closed flat.

The market closed on a negative note in three days but appreciated marginally on Tuesday and Thursday.

Analysts at Afrinvest Securities Limited described the positive performance recorded at the bourse on Tuesday and Thursday as a “dead cat bounce.”

They said despite increased buying activity in some bellwethers as investors sought to take advantage of attractive pricing, sell pressures dominated trading activities during the week.

“The ASI started the week in the red, losing 0.2 per cent as investors sold off on banking stocks – Zenith Bank Plc, Guaranty Trust Bank Plc and Diamond Bank Plc. Despite the overall negative performance this week, we noticed increased buying activity in bellwethers and we expect this trend to be sustained this week as investors seek to lock-in on the current attractive pricing in the market,” the analysts said.

They predicted that the broad performance of the index would remain weak as investor sentiment would remain pressured by developments in the polity.

deVere to Position $2bn in Environmental Investments in 5 Years 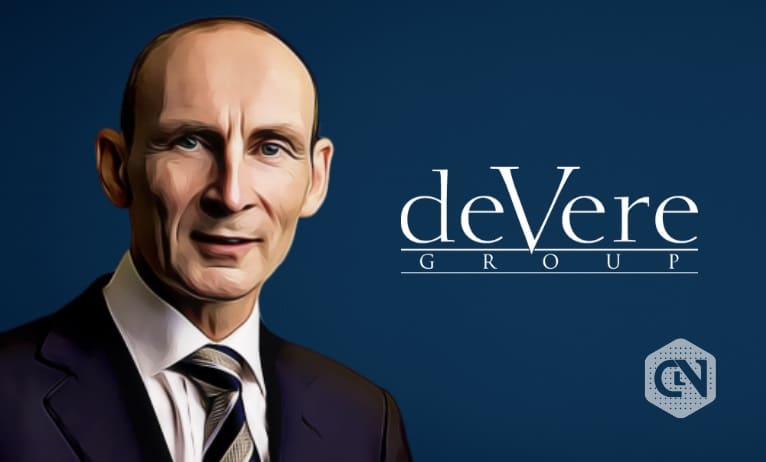 One of the world’s largest independent financial advisory, asset management and fintech organisations has doubled its commitment on positioning assets under advisement into environmental, social and governance (ESG) investments.

At the beginning of the year, deVere Group, which operates in more than 100 countries globally, said it would aim to have $1bn in socially responsible investment vehicles within five years.

The game-changing financial powerhouse now says its target is “$2bn or more” within the same time frame.

deVere’s dramatic doubling of its pledge comes as world leaders, industry chiefs and experts head to Glasgow this weekend for the start of COP26, an event seen as a critical turning point in the struggle to avert the worst effects of climate change.

CEO and founder of deVere, Nigel Green, says: “Climate change – and the major, far-reaching fallout of it for economies and communities around the world – is the greatest risk multiplier. There’s no question that it is the defining issue of our time.

“Our climate is changing at a quicker rate than previously predicted. We’re already noticing the impacts of human-created global warming.”

He continues: “As a society, we have a small window of opportunity to slam on the brakes to save our planet.

“But this takes determination, honesty and resources. It requires unprecedented levels of investment, which is why deVere is now aiming to position $2bn into ESG investments within five years.”

The deVere CEO and founder says the new target is achievable as investors, keen to get ahead of the curve “as well as earn profits with purpose”, are receptive to the opportunities as the world scrabbles to mitigate the environmental, economic and social fallout of the current situation – “a situation which is likely to be a constant risk.”

In addition, the latest research “underscores that the majority of environmental, social and governance investments are continuing to outperform their non-sustainable counterparts and have lower volatility.”

As well as its $2bn commitment, deVere is one of 18 founding signatories of the UN-backed Net Zero initiative, the international alliance of powerhouse global finance companies that will help accelerate the transition to a net zero financial system.

Its membership means it is committed to “aligning all relevant products and services to achieve net zero greenhouse gases by 2050 and to set meaningful interim targets for 2025.”

UK Prime Minister, Boris Johnson, has said: “Uniting the world’s banks and financial institutions behind the global transition to net zero is crucial to unlocking the finance we need to get there – from backing pioneering firms and new technologies to building resilient economies around the world.

Mr Green concludes: “The clock is ticking and after decades of inaction our planet hasn’t got the luxury of time.

“We all need to be taking more action and at a quicker pace.”

President Muhammadu Buhari would today (October 25, 2021) travel to Riyadh, the capital city of Saudi Arabia to participate in an investment conference organized by the Future Investment Initiative Institute.

The Senior Special Assistant to the President on Media and Publicity, Mallam Garba Shehu in a statement released on Sunday in Abuja stated that the President would be joined at the event in Riyadh by Nigerian captains of industry, Banking executives, energy experts and other prominent investment experts to discuss the future of investments in Nigeria.

Themed, ‘Invest in Humanity’,  the three-day event is scheduled to hold from October 26-28. According to Future Investment Initiative Institute, more than 250 speakers from around the world would be in attendance, including the U.S Department of the Treasury former Secretary, Steven Mnuchin, FIFA Secretary General, Fatma Samoura and the Standard Chartered Bank Group CEO, William Winters.

Participants from the private sector include Alhaji Mohammed Indimi, the Founder and Chairman of Oriental Energy Resources, Alhaji Aliko Dangote, the Chairman and CEO of Dangote Group, Wale Tinubu, the Group Chief Executive of Oando PLC, Abubakar Suleiman, the Managing Director/ CEO of Sterling Bank Plc, Herbert Wigwe,  the CEO and Group managing director of Access Bank Plc among others.

Africa Investment Forum: Projects Worth $140m on the Table to Boost Vaccines and Healthcare in West and East Africa

Members of the Africa Investment Forum team showcased two projects during a virtual investor roundtable as the continent looks to boost its healthcare sector and attract much-needed investment in the wake of the Covid-19 pandemic.

The projects, jointly worth around $140 million and located in East and West Africa, were previewed for potential investors.

The roundtable, held 21 October, is part of a series of events organized by the Africa Investment Forum and hosted by the Atlantic Council to drum up interest in the Forum’s upcoming Market Days, where a range of investment opportunities will be unveiled. The invited participants represented the pharmaceutical and healthcare sectors.

The first opportunity, with a project cost of $96 million, is for the development of a 250-bed specialist hospital offering world-class healthcare services in a West African country. Feasibility studies have been undertaken and the land has been secured. The second, entails the construction of a $45 million WHO-prequalified vaccine production plant in East Africa that will be capable of routine production of three vaccines, including for Covid-19.

Syed said the African hospital sector, and in particular health tourism, had suffered as a result of pandemic-related travel restrictions.

Nicolaou said Africa’s disease burden—the highest of any continent—made preventive care, including vaccines, all the more important for Africans. The need for pharmaceuticals will increase the requirements for partnerships that can overcome constraints such as research & development.

Other challenges mentioned by the participants include overcoming cold chain and last-mile-delivery issues, and ways to scale up pilot technologies, such as the use of drones to facilitate vaccine delivery.

Health is one of five priority investment sectors under the Africa Investment Forum’s Unified Response to Covid-19 (https://bit.ly/3nnig7l) pillars. The others are agribusiness, energy and climate change, ICT/Telecoms, and industrialization and trade.

“What we’re looking to provide with the Africa Investment Forum is a co-investment platform where you mobilize domestic investors, mobilize project sponsors for the continent, and then mobilize international investors, those who are looking to make an investment and get a profit,” Anohu said.

The Africa Investment Forum aims to channel investment into Africa. Its 2021 Market Days, to be held on 1-3 December,  will showcase transformative investment opportunities from across the African continent, many with the potential to drive Africa’s recovery from the Covid-19 pandemic.