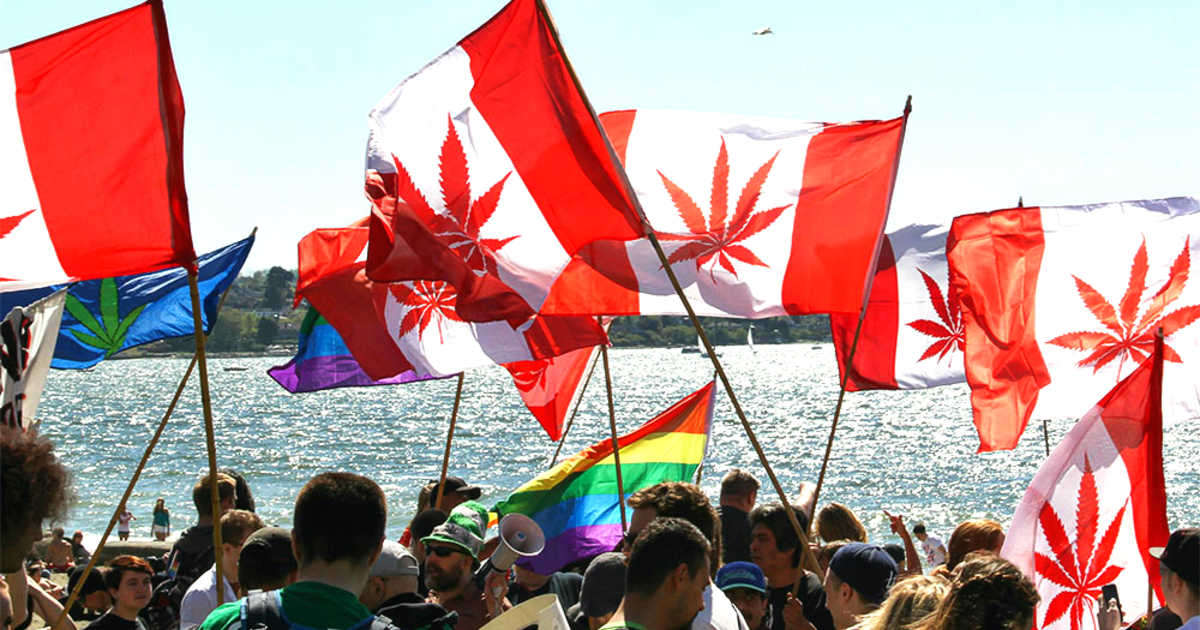 Hundreds of Canadians have taken to the streets to celebrate the legalization of recreational marijuana following a nearly century-long ban.

Canada officially became the first industrialized nation to legalize the drug on Wednesday following a two-year push by Prime Minister Justin Trudeau’s government, which hopes to bring dealers out of the black market and into a regulated system.

Cannabis connoisseurs appear to have embraced the new system as massive queues formed outside many of the 111 legal pot shops now open around the country. 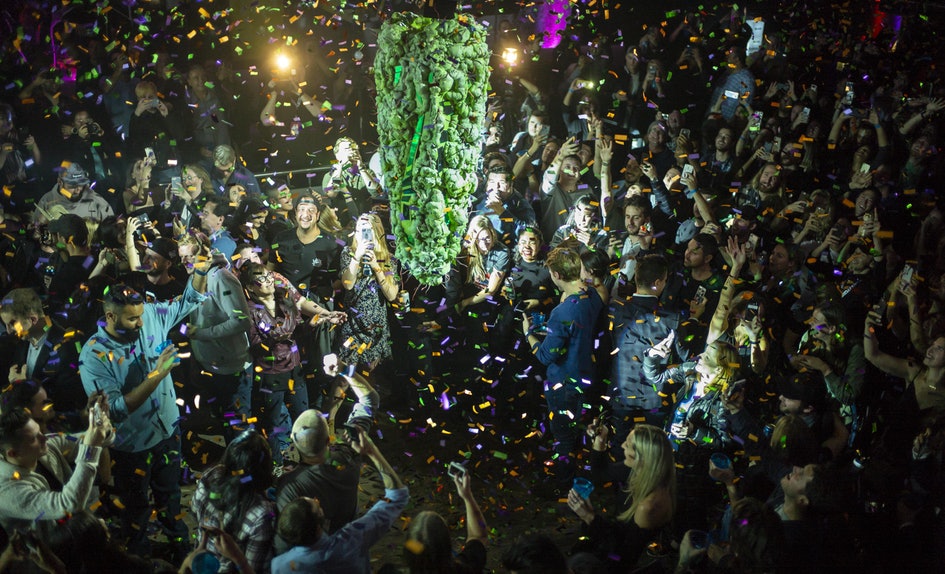 Eager consumers were pictured spewing smoke on the sidewalks, using up products almost certainly purchased on the black market as they waited to get their hands on the legal version. 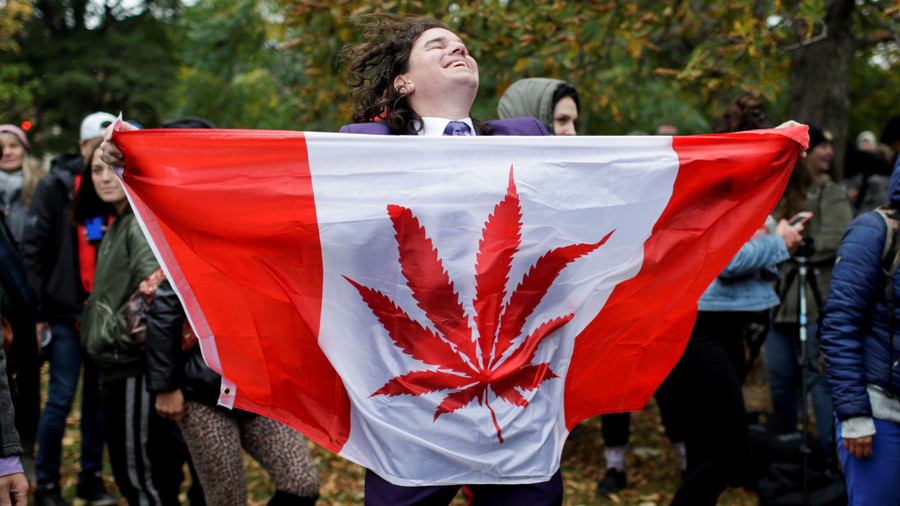 Celebrations are being held across Canada on Wednesday following the legalization of marijuana for recreational use. Cannabis connoisseurs are seen parading through Montreal with a Canadian flag bearing a pot leaf in place of a maple one.

A man fights the frigid weather by dancing on the sidewalk as he waits in line to purchase legal cannabis at a store in Montreal. 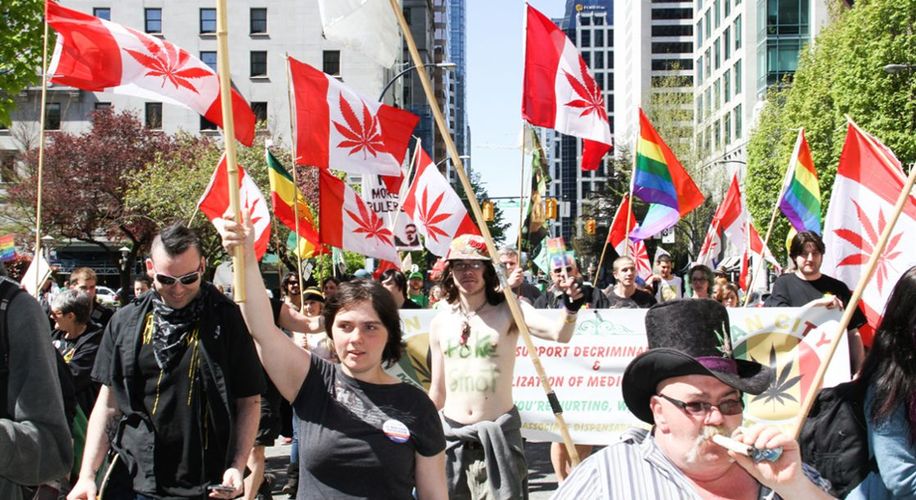 Hundreds of cannabis-loving Canadians lined up to get their hands on legal marijuana at over 100 stores across the nation.