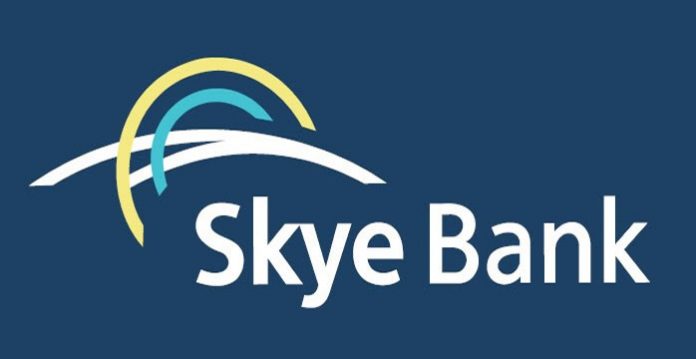 The Central Bank of Nigeria (CBN) yesterday clarified its injection of N786 billion into Polaris Bank Limited, a new commercial bank that assumed the assets and liabilities of the defunct Skye Bank.

A top official of the apex bank who spoke on condition of anonymity, said out of the above-mentioned sum, Polaris Bank would refund the N350 billion the CBN previously injected in Skye Bank when it intervened in the bank about two years ago.

Thus, the new bank would be left with N436 billion to stabilise its operations, contrary to the insinuation that a total of N1.136 trillion had been injected in the bank.

The CBN at the weekend revoked the operating licence of Skye Bank Plc exactly 27 months after it intervened in the financial institution. Also, in consultation with the Nigeria Deposit Insurance Corporation (NDIC), both regulators immediately established and licenced Polaris Bank, to assume all assets and liabilities of the defunct Skye Bank.

But the central bank source explained: “When we took over Skye Bank in 2016, we injected about N350 billion. So, from the N786 billion we are bringing in now, Polaris Bank would pay off the N350 billion that had been given to the defunct bank. So, the net injection is just about N436 billion.

“The CBN is injecting something close to capital because the money is going to be there for almost 25 to 50 years. Even though it is a loan, it is not like what was done in 2011, where the money went into a hole and it sank.

“It is not like a grant that is going to sit in CBN balance sheet as a loss. We are treating it as a loan.”

The central bank official reiterated that they took the action on the defunct bank because, “We felt that Skye Bank cannot continue to live on liquidity support from the CBN, but to inject money into the bank.”

He added: “But to do so, you must change the name so that the shareholders of the defunct bank don’t come back to say they own a bank, when the new bank starts doing well.

“The bank they owned was Skye Bank, which has been liquidated.”

Responding to a question on why the board and management of the former bank were retained in the new bank, the source said, “It was deliberate, and we don’t want to do something that is destructive.

“The CBN brought in that management team as we were trying to stabilise. The previous management and board were fired at that time. “But this new board and management has worked and cooperated with the central bank and they have tried to take the bank to a better level.

“The bank has stabilised in terms of haemorrhage. That was why we decided to coast into the new bank, Polaris Bank, with them.”

When reminded that the Asset Management Corporation of Nigeria (AMCON) which had been mandated to sell the new bank as soon as it stabilises has a sunset period, the source said: “First of all, we shouldn’t bother about time frame. Yes, some others have also said the sunset of AMCON is about 2024. If by 2024 it is not sold, whether we like it or not, it is a CBN bank presently.

“Until we have gotten value for our money, we are not going to let it go. If anybody thinks that after sinking such huge amount into the bank, the CBN would sell it to them at a very small amount, they are dreamers. If it stabilises, we would sell it to Nigerians, possibly on the stock exchange and get out our money.”

Meanwhile, the Group Managing Director/Chief Executive Officer of Polaris Bank, Mr. Adetokunbo Abiru, and the Chairman, Mr. Muhammad Ahmad, in a joint statement at the weekend, urged its customers across the country not to panic.

“All depositors shall be able to conduct their normal banking transactions in respect of such deposits at all branches previously operated by Skye Bank Plc, which branches are now being operated by Polaris Bank Limited,” the bank explained. 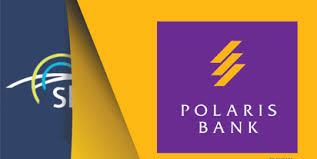 They assured customers of liquidity, saying customers “are free to withdraw all their monies without any prejudice, though should endeavour to keep faith with the bank.

“All depositors are further given notice that they are entitled to make withdrawals from their deposits either in full or in part, subject only to any security agreement existing on such deposits, as their accounts are now maintained by Polaris Bank Limited.

“Depositors are strongly encouraged to continue to maintain their deposits and normal banking relationship with Polaris Bank Limited.

In a related development, the NDIC has explained that it collaborated with the CBN to carry out the bridge bank option in order to ensure that depositors in Skye Bank are fully protected.

According to the Managing Director of the corporation, Alhaji Umaru Ibrahim, customers’ deposits with Polaris Bank remain insured under the NDIC Act and the customers of Skye Bank can also continue to transact their businesses with Polaris Bank Limited, thereby ensuring the non-disruption of their banking transactions.

“The real job is that of ensuring that the bridge bank is nurtured to a point where it gets investors and is sold.

“Polaris Bank Limited, has been issued operating licence by the CBN and shall commence banking business from the 21st of September 2018; while the operating license of Skye Bank has been revoked.

By the Governor of the Central Bank of Nigeria and the NDIC has commenced the processes for its liquidation.”

He stressed that the adoption of the bridge bank model guarantees that most of the employees of that bank would not lose their jobs and would continue their employment with Polaris Bank Limited under fresh contracts of employment.

“The NDIC, as deposit Insurer, acted to ensure the continued safety of depositor’s funds in furtherance of the regulatory authorities resolve to proactively manage potential threats to financial system stability.

The NDIC hereby assures depositors and customers of the defunct Skye Bank that their deposits are safe and hereby encourages them to continue to transact their normal banking business with Polaris Bank,” Ibrahim added.