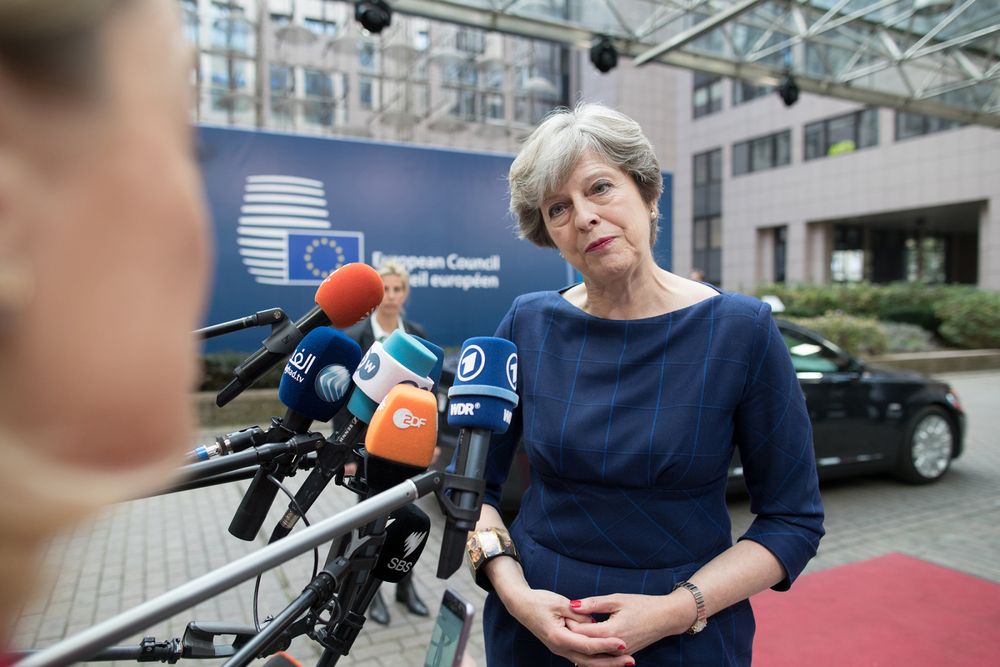 Britain will use its international aid budget to boost its interests and deepen trade ties with Africa, Prime Minister Theresa May said yesterday.

She is due in Nigeria today to meet with President Muhammadu Buhari and to visist Lagos before leaving for Kenya on the last leg of her three-nation African tour.

Speaking in Cape Town yesterday, Mrs May said she wanted Britain to become the biggest investor in Africa out of the Group of Seven nations, overtaking the united States by using the aid budget to help British companies invest on the continent.

The government has held out the prospect of increased trade with non-European Union countries as one of the major selling points of Brexit as it prepares to leave the bloc, currently its biggest trading partner, in March next year.

In April, Britain hosted a meeting of Commonwealth countries, including South Africa, Kenya and Nigeria, seeking to reinvigorate the network of mostly former colonies and drum up new trade amongst its members.

May recommitted to maintaining the overall British aid budget at 0.7 per cent of economic output but said she would use it in a way that helped Britain.

“I am unashamed about the need to ensure that our aid programme works for the UK,” May said.

“Today I am committing that our development spending will not only combat extreme poverty, but at the same time tackle global challenges and support our own national interest.”

May, who was accompanied by a delegation of British business executives, also said Britain would work with African states to tackle insecurity and migration by creating jobs.

“It is in the world’s interest to see that those jobs are created, to tackle the causes and symptoms of extremism and instability, to deal with migration flows and to encourage clean growth,” May said.

According to the UN Conference on Trade and Development, British direct investment in Africa was 43 billion pounds ($55.5 billion) in 2016, compared to 44 billion pounds (56.7 billion dollars) from the U. S.

Investment from France, which maintains close ties with its former colonies in West Africa, stood at 38 billion pounds ($49 billion) and from China, rapidly becoming a major player in Africa, 31 billion pounds (40 billion).

Mrs May said 87 million Nigerians were living below the poverty line of $1 and 90 cents per day.

She said: “Much of Nigeria is thriving, with many individuals enjoying the fruits of a resurgent economy, yet 87 million Nigerians live below $1 and 90 cents a day, making it home to more very poor people than any other nation in the world.”

The Prime Minister noted that achieving inclusive growth was a major challenge across the world.

She stressed that Africa needs to create 50,000 new jobs per day to keep employment rate at its current levels till 2035.

”Today I am committing that our development spending will not only combat extreme poverty but at the same time tackle global challenges and support our own national interest.

“It is in the world’s interest to see that those jobs are created, to tackle the causes and symptoms of extremism and instability, to deal with migration flows and to encourage clean growth,” she added.

The UK’s historical relationship with many African countries still counts for something, but, as Prime Minister Theresa May will find on her trip to the continent, the UK now vies for attention with larger economies offering greater riches.

The continent’s leaders need to decide who to prioritise: an ambitious but friendly China, the huge European Union bloc, the potential riches of the United States, or the historically-linked United Kingdom.

The prime minister’s trip comes a week before the huge Forum on China-Africa Cooperation in Beijing. Dozens of African heads of state are expected there and China may offer new trade and finance deals. Mrs May’s trip seems rather low key in comparison.

Yesterday, Mrs May flew into Cape Town where she met young people, before delivering a keynote speech on trade and how UK private sector investment could be brought into Africa.

After a bilateral meeting with South African President Cyril Ramaphosa, she visited Robben Island, where Nelson Mandela was imprisoned for 18 years.

She had a guided tour and was handed a key to open the cell Mr Mandela was imprisoned in, before writing in the guestbook: “His legacy lives on in the hopes and dreams of young people here in South Africa and around the world.”

She will leave for Kenya for a meeting with President Uhuru Kenyatta, visit British troops and a business school before her Africvan trip is rounded off with a state dinner hosted by Mr Kenyatta.