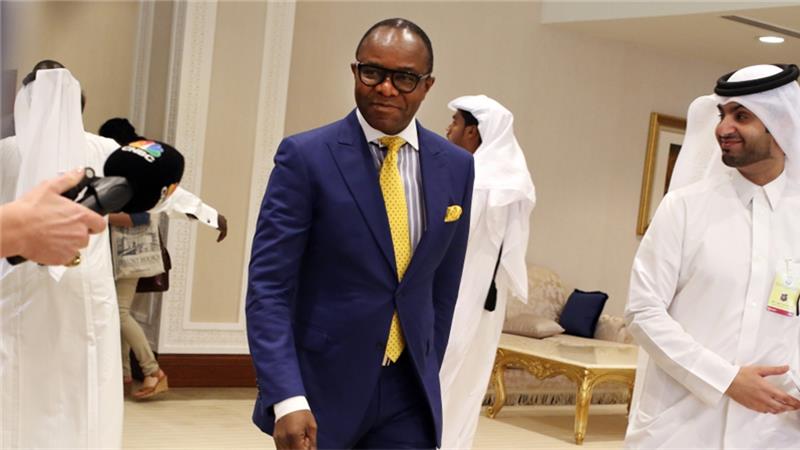 Nigeria would be expecting about $40bn worth of oil investments in the next five years, the Minister of State for Petroleum Resources, Ibe Kachikwu, announced on Monday.

He also stated that the country’s refineries were currently producing at 14 per cent capacity, stressing that oil firms operating in the nation would not be allowed to ship out all the crude they produce without refining some locally in the near future.

Kachikwu, who spoke at the ongoing Nigerian International Petroleum Summit, further stated that the funding capacity for the upstream oil sector had been changed in the past two years.

The minister said, “There are major plans; everywhere you look, there are opportunities in the oil sector. What have we achieved since the launch of the 7Big Wins two years ago? We have been able to, through a lot of struggle, change the funding capacity for the upstream and that had sort of energised investors in the upstream sector.

“Now, we are beginning to see projects like Egina, worth $15bn; Zabazaba, $10bn; Bonga, $10bn, and the likes. So many other investments, put at over $40bn potential investments over the next five years if we do the right thing, set the right models and set the right policies. That is very key and that is coming from a country where investments had run away for nearly seven to 10 years.”

On refineries, he stated that the government would announce a model for target investments in the facilities within the next one month.

Kachikwu said, “We have addressed refineries; for the first time, we are creating a model where target investments are going into the dilapidated refineries. Some of them will be announced over the next one month. We are still targeting to be able to get these refineries up and running from about 14 per cent utilisation capacity today, to about 90 to 95 per cent over the next 18 to 20 months.

“If we do that, hopefully, we will begin to move drastically to self-sufficiency in the production of refined petroleum products.”

The minister told delegates at the gathering that multinational oil firms would not be allowed to export all the crude they produce in Nigeria, as emphasis would shift to local refining of substantial portion of the crude produce in the country.

He said, “We will get to a point where Nigeria, definitely, will be a major supplier of refined petroleum products. It has to happen. We are also saying directly to oil companies that a time will also come when we will not be open to see them move around all the crude oil they produce in Nigeria.

“We will like to see integrated refining and integrated processing here. It gives us more jobs and creates more investments.”

Kachikwu, however, declared that Nigeria and other oil producers must strive to produce cheap oil in order to avoid losing out in the sector globally.

In his address, the Secretary-General, Organisation of Petroleum Exporting Countries, Mohammad Barkindo, announced that member of the cartel conformed to the agreement reached by them with respect to crude production quotas by 133 per cent in January this year.

“Many didn’t think it would get off the ground, however, we have registered conformity in 2017 of 107 per cent across all the participating countries and I will like to use this platform to also announce our January figures of 133 per cent that will be released in a couple of hours in the OPEC secretariat,” he stated.

President Muhammadu Buhari, who was represented at the summit by the Secretary to the Government of the Federation, Boss Mustapha, told the international guests that Nigeria would strive to achieve its target of seven per cent Gross Domestic Product growth rate in the next three years.

He said, “I wish to place on record that since the launch of the Petroleum Industry Road Map and ERGP (Economic Recovery and Growth Plan), we have recorded numerous successes, especially in getting Nigeria out of recession and sustained increase in our foreign reserves.

“We will continue to strive to achieve our target of seven per cent Gross Domestic Product growth rate within the next three years and rest assured that previous efforts will be sustained. Our effort in stakeholder engagement and stabilising the Niger Delta will continue to receive due attention to ensure a sustainable level of production.”