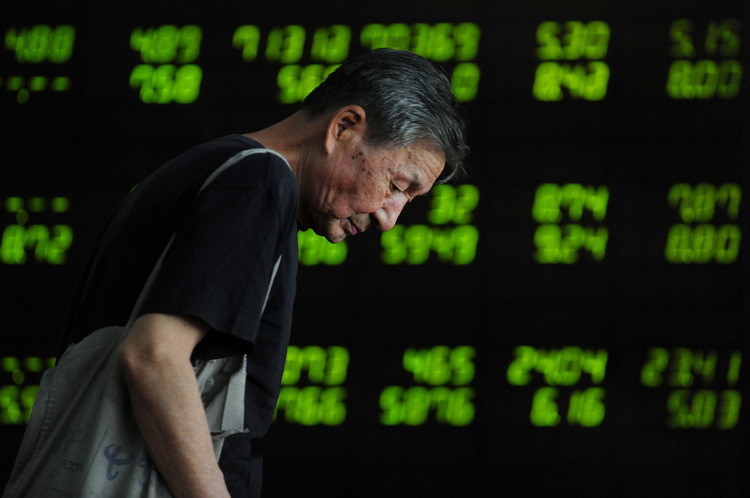 European stocks declined toward a five-month low following a turbulent session in Asia that left a sea of red hours after U.S. equities on Thursday entered into a correction. Treasury yields rose and the dollar edged lower.

The Stoxx Europe 600 Index is set for its worst week since 2016 as banks and financial-services stocks led most industry sectors lower. Japanese and South Korean indexes earlier closed down about 2 percent and Hong Kong’s slid about 3 percent, while China’s benchmark fell the most in almost two years. The MSCI Asia Pacific Index is set for its biggest weekly drop in six years. But U.S. equity futures gained, suggesting a measure of calm may return to markets after a selloff that’s wiped $5 trillion from global stocks since January.

Equity traders have yet to get comfortable with a jump up in benchmark U.S. 10-year yields to the highest in four years, and worries over unwinding bets against volatility in stocks continue to cast a shadow over markets. The negative superlatives have piled up quickly: the S&P 500 has erased its gain for the year, closed at a two-month low and is on track for its worst week since 2011. The Dow plunged more than 1,000 points for the second time in four days.

“A reassessment of the inflation outlook at this point in the cycle is natural and markets are adjusting for this,” Kerry Craig, a Melbourne-based global market strategist at JPMorgan Asset management, said in a note. “But given that U.S. markets are now in correction territory it’s likely that the most severe gyrations will hopefully have passed. Volatility may remain for a while longer, but the strong economic backdrop and sustained earnings outlook means we continue to prefer equities.”