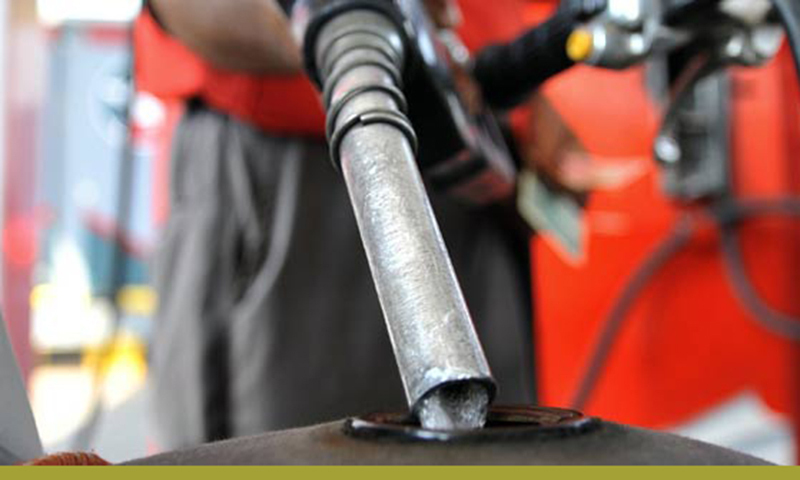 Queues for Premium Motor Spirit resurfaced in many parts of Abuja and neighbouring states on Thursday despite repeated assurances by the Ministry of Petroleum Resources and the Nigerian National Petroleum Corporation that the scarcity of the product had been brought under control.

Motorists started queuing up on Wednesday evening in many filling stations in the Federal Capital Territory, Nasarawa, Niger and Kaduna states.

The queues for PMS, otherwise called petrol, grew heavy on Thursday, as the few outlets that dispensed the commodity eventually became crowded, while black marketers who sell petrol in jerry cans resurfaced on major roads.

Many petrol stations, particularly those being operated by independent oil marketers, were shut as fuel attendants claimed that they had no product to dispense.

Some few stations run by major oil marketers and the NNPC sold the product to hundreds of petrol seekers, who spent hours in queues before they could be served.

The two stations, Conoil and Total, located opposite the corporate headquarters of the NNPC in Abuja, had lengthy queues of motorists, while the corporation’s two largest mega stations along the Kubwa-Zuba Expressway had queues that stretched several kilometres.

It was gathered that many filling stations in Nasarawa, Niger and Kaduna states were also shut, while the few ones that dispensed petrol had lengthy queues of motorists.

The NNPC, while reacting to the development, said motorists in Abuja, its environs and other parts of the country should not engage in any form of panic buying of petrol.

It claimed to have a robust stock of PMS that was sufficient to serve the nation for more than 30 days.

The Group General Manager, Group Public Affairs Division, NNPC, Ndu Ughamadu, said motorists should report any marketer selling petrol above N145 per litre or hoarding the product to the Department of Petroleum Resources, which is statutorily empowered to deal with such issues.

He noted that DPR had offices in all parts of the country, adding that law enforcement agencies would mete out appropriate sanctions to operators of fuel stations who engage in hoarding or sell the product above the recommended price band.

Analysts at FBNQuest Capital Limited in their report noted that local refining of Nigeria’s crude was one major way of addressing the petrol scarcity problem being faced in the country at present.

They stated in a report, “Nigeria’s fuel scarcity has eased, but not completely. The NNPC’s long-term game plan is to boost domestic production via the state-owned refineries. A major challenge successive governments have faced is funding the significant capex (capital expenditure) needs of the refineries.

“Case in point is the current refurbishment and turn around maintenance plan, which we believe the NNPC is giving priority. Private sector participation is a key to the puzzle. In the interim, the FGN’s debt strategy combined with rising oil prices and improved production provides the NNPC with more flexibility.”

Meanwhile, the Independent Petroleum Marketers Association of Nigeria has called on the National Assembly to ensure the removal of multiple charges in the importation of petroleum products.

IPMAN stated that this was one of the ways to prevent the scarcity of petrol in the country.

The President, IPMAN, Mr. Chinedu Okoronkwo, stated this while briefing journalists at the National Assembly in Abuja on Thursday.

“Some of these charges, looking at the pricing template, are not captured,” he stated.

Okoronkwo also said payment of charges imposed by agencies of the Federal Government in dollars was raising the cost of importing the product.

The IPMAN boss urged the government to prevail on the Nigerian Ports Authority and the Nigerian Maritime Administration and Safety Agency to stop collecting charges contained in the pricing template in dollars.