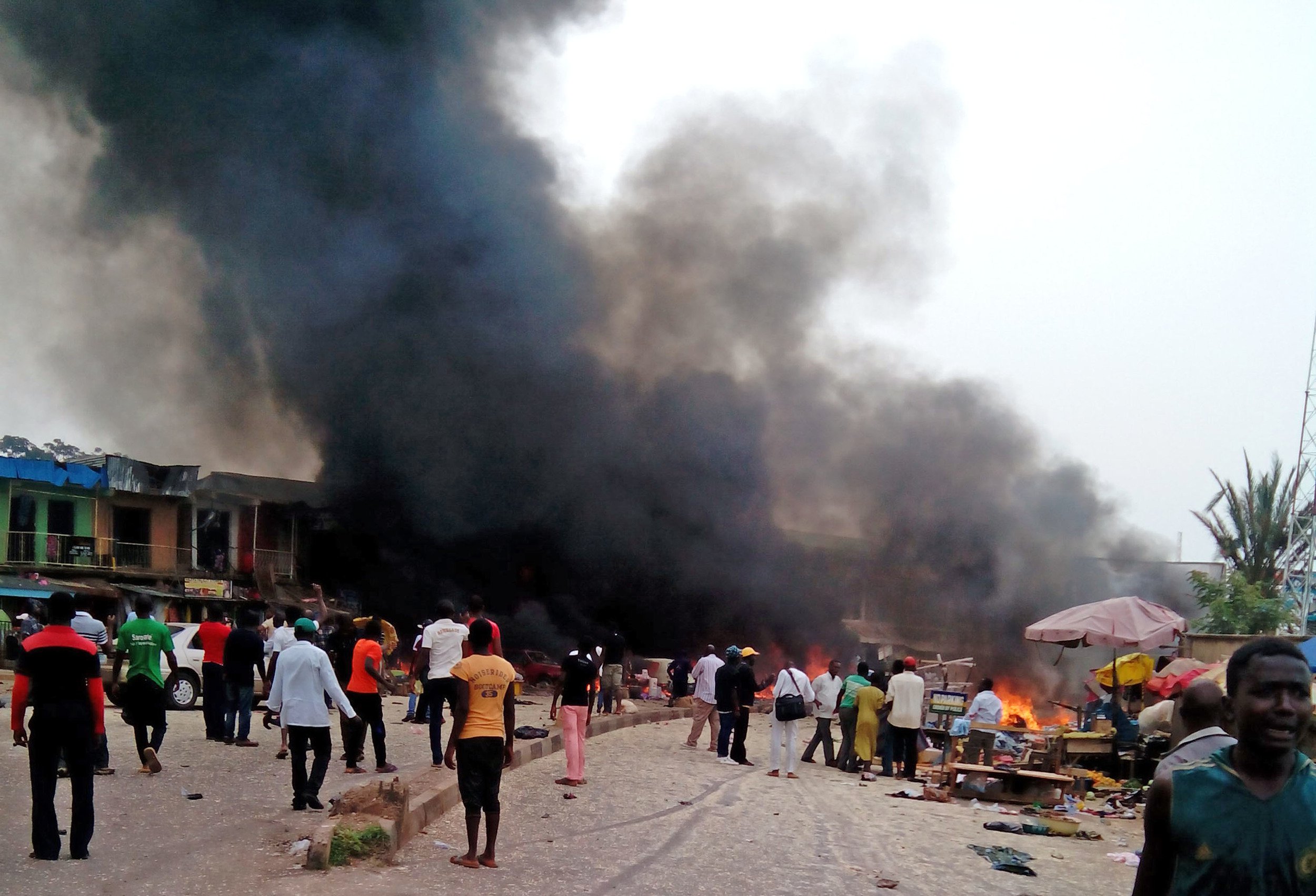 Power generation in the country may have hit a fresh snag following the explosion that ruptured the Escravos-Lagos Pipeline on Thursday, even as generation from hydropower plants dropped by 494 megawatts in six days.

There was pandemonium as a heavy explosion rocked the pipeline criss-crossing the Ugbokodo community near the Warri refinery in Okpe Local Government Area of Delta State.

The incident, which sources said occurred around 4am, forced residents of the community to scamper for safety in the bushes when they discovered that the inferno that resulted from the explosion was advancing towards their homes.

It was gathered that some residents, including children, who fled into the bushes, were still missing as of 4:30pm when one of our correspondents left the community.

Investigation revealed that the explosion was as a result of leaks from a gas pipeline in the community, which had earlier been reported to the management of the NGC.

According to the Nigerian National Petroleum Corporation, repair work commenced immediately on the facility in order to address the fresh incident.

The NNPC, however, did not state what caused the fresh explosion on the pipeline.

It took the combined efforts of the men of the fire services of the NGC and the Warri Refining and Petrochemical Company as well as other agencies to put out the fire at about 8am.

No life was lost in the incident, which created panic among residents of the area.

Residents of the community who later protested the development accused the management of the NGC of negligence as the community had reported the malfunctioning pipeline to its Ekpan-Warri office without any action being taken.

The protesters led by the Unuevworo of Ugbokodo community, Chief Tobore Ajisha, alleged that the explosion could have been avoided if the leaking pipeline was immediately fixed when members of the community reported the leakage to NGC officials in writing.

Ajisha stated that the community also placed a call to the management of the Nigeria Gas Processing and Transporting Company when the explosion occurred but the firm allegedly refused to act quickly until the inferno gathered momentum.

Efforts to speak with the NGC’s spokesman in the Warri area office, Violin Antaih, were unsuccessful as calls and SMS sent across to him were not unanswered and not replied.

But confirming the explosion, the Commander of the Joint Task Force, Operation Delta Safe, Rear Admiral Suleiman Apochi, said he had yet to get a full briefing on the development as of the time he was contacted.

This is coming four days after the resumption of gas supply to six power plants – Egbin (Lagos), Omotosho I and II (Ondo), and Olorunsogo I and II and Paras Energy (Ogun) – after the completion of the repair work on the pipeline, which was damaged by a fire incident last week.

The plants did not generate any megawatts of electricity for four straight days until Monday when the Escravos-Lagos Pipeline System, which supplies gas to them, came back on stream.

The nation generates most of its electricity from gas-fired power plants, while output from hydropower plants makes up about 30 per cent of the total generation.

Total electricity generation, which fell slightly to 3,517.5MW as of 6am on Wednesday, January 3, 2018 (the morning after the grid collapse caused by the pipeline fire), rose to 4,102.3MW on Wednesday.

Unutilised generation capacity occasioned by gas constraint dropped to 1,018.7MW as of 6am on Wednesday from 3,133.3MW last Friday, according to the latest data obtained by our correspondents on Sunday from the Ministry of Power, Works and Housing.

But the combined generation from Kainji, Jebba and Shiroro hydro plants, which rose by 580MW to 1,212MW on January 3 and offset most of the losses caused by the shutdown of the six power plants, dropped to 718MW on Wednesday.

Jebba did not generate electricity on Monday as five of its units (2G1 to 5) were said to have tripped due to loss of auxiliary supply and 2G6 out due to burnt generator winding and automatic voltage regulator.

Electricity generation from Egbin, the nation’s biggest power station, stood at 398MW as of 6am on Wednesday, compared to 561MW on January 2.

Seven out of the nation’s 28 power plants did not generate any megawatt as of 6am on Wednesday, compared to 14 last Friday. The plants are Sapele I, Alaoji II, Olorunsogo II, Azura-Edo, AES, ASCO, and Trans-Amadi.

When contacted to find out if the fresh damage at ELPS had affected generation at Egbin, a source told one of our correspondents on condition of anonymity that the plant was still generating electricity.

“Egbin is on as we speak and we are still generating. If we start noticing any drop in pressure, we will let you know. We are generating close to 400MW now,” he said.

On January 2 this year, the downstream section of the Escravos to Lagos Pipeline System was razed by a bush fire 2 at Abakila, in Ondo State, a development that led to widespread blackout as gas supply to six power plants was stalled.

The earlier fire incident had affected gas supply to customers in Ondo, Ogun and Lagos, with the subsequent shutdown of some power plants with a combined generating capacity of 1,143MW.

But on Thursday, the Group General Manager, Group Public Affairs Division, NNPC, Ndu Ughamadu, announced another explosion on the facility.

He, however, stated that the corporation’s Group Managing Director, Maikanti Baru, had directed that repair works be executed immediately on the part of the ELP that was ruptured by the fresh explosion along Egbokodo-Omadino so as to restore supplies from Escravos.

Baru further directed that gas supply from other sources like Oben, Oredo, Sapele, Ughelli and Utorogu be stepped up to augment any shortfall, as repair works had commenced on the pipeline.