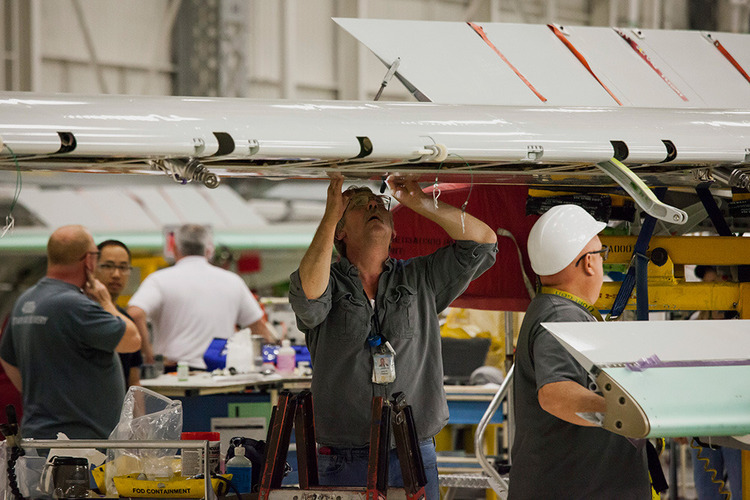 The economy created 29,000 jobs in December, pushing the unemployment rate to a record-low of 5.5 percent, the Federal Labor Agency in Nuremberg reported on Wednesday.

The continuous job creation in Europe’s largest economy is expected to eventually push up weak wages and low consumer prices.

Surged in domestic spending and strong oversea orders have been supporting German economy as shown by the Purchasing Managers’ Index released on Tuesday. However, business optimism slipped slightly in December as business managers are worried about the lack of skilled workers to fill key business positions.

“People are not afraid to spend money because unemployment is so low and that boosts domestic demand,” said Jens Kramer, an economist at NordLB in Hanover. “It’s something of a miracle that wage growth was so moderate after we effectively had full employment for two years in Germany. We should eventually see pressure for higher wages this year.”

Despite growing job creation in Germany, wage growth and consumer prices remained weak, suggesting that the economy is facing same low earnings as the rest of the Euro-area. Even though the economy is growing at the fastest pace in almost a decade, the European Central Bank is not confident the economy can thrive without the ongoing stimulus program.

But Bundesbank President Jens Weidmann, who has repeatedly said the European Central Bank should set an end-date for its quantitative easing program, said last month that he believes the Germany labour market situation will soon change.

“We expect that the increased capacity utilization and regionally appearing bottlenecks in some labour markets will lead to somewhat higher wage pressure,” he told reporters on Dec. 18. Nascent pressures elsewhere in the bloc mean that the ECB is “therefore on track toward our definition of price stability.”

The Euro erased its 2018 gains against the US dollar to trade at $1.2010 ahead of FOMC minutes due later today.

As previously stated, the US dollar is undervalued and EURUSD may have called the top slightly below the $1.2116. However, a sustained break of that resistance level might open up $1.2285 in 2018.