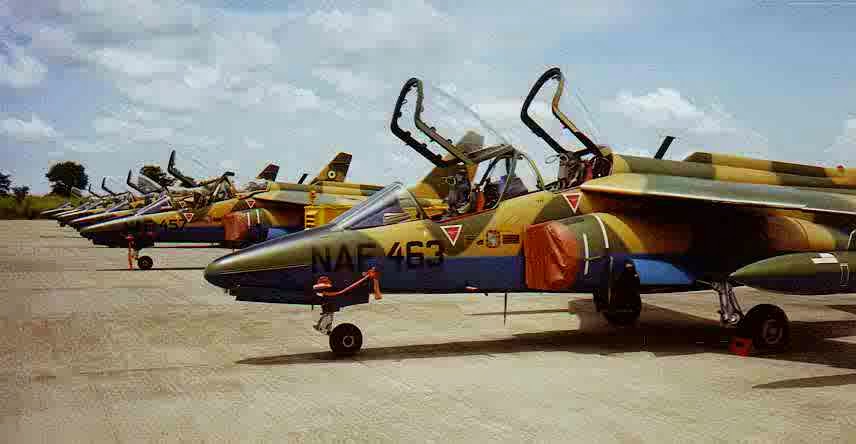 Qatar announced Thursday a deal to buy 12 French-built Rafale fighter jets, as it faces a boycott by neighbouring Gulf states in the region’s worst political crisis in years.

The 1.1-billion-euro ($1.3-billion) order, announced during an official visit by French President Emmanuel Macron, allows for an option to buy a further 36 jets.

It comes on top of a 2015 agreement on the purchase of 24 Dassault Aviation-built Rafale warplanes.

Also on Thursday, Qatar Airways announced a 5.5-billion-euro ($6.4-billion) deal to buy 50 Airbus A321 passenger planes, with an option for 36 more.

The two countries also signed a three-billion-euro ($3.5 billion) deal on the operation and maintenance of the Doha Metro, currently being built as the country prepares for the football World Cup in 2022.

The lucrative contracts were inked in the presence of Macron and Qatar’s Emir Sheikh Tamim bin Hamad Al-Thani.

Qatar also signed a letter of intent to buy 490 VBCI armoured vehicles from Nexter, a French government-owned weapons manufacturer, in a potential deal worth 1.5 billion euros ($1.7 billion), the Elysee said.

The military contracts come at a time of heightened tensions in the Gulf, where a Saudi-led boycott of Qatar is in its sixth month.

Since June 5, Saudi Arabia, the United Arab Emirates, Bahrain and Egypt have diplomatically isolated Qatar, accusing the emirate of supporting Islamist extremists and of being too close to Shiite Iran, Riyadh’s arch-rival.

The four countries also cut off all air and sea links to Qatar and closed the only land terminal for the tiny peninsula.

Qatar denies the allegations and has accused the Saudi-led bloc of aiming to incite regime change in Doha.

Speaking about the crisis at a later joint press conference with Macron, Sheikh Tamim reiterated Qatar’s calls for a negotiated settlement.

“Qatar’s sovereignty is above all considerations. We want to resolve the rift but not at the expense of our sovereignty and dignity,” he said.

“If the brothers want to resolve the dispute, we are ready,” he said. “Any solution should be founded on a clear basis acceptable by all and the non-interference in the sovereignty of others.”

“I reiterated to the emir France’s support for Kuwait’s mediation efforts and my wish for a quick solution,” Macron told reporters.

The prospects, however remain increasingly remote.

A Gulf Cooperation Council summit in Kuwait this week ended a day early after the leaders of Saudi Arabia, the UAE and Bahrain failed to attend.

Thursday’s defence deals are the latest in a growing list signed by Qatar since the crisis erupted. It has also struck deals with the US, Italy and Britain.

Power Brokers Start to Gear Up for Nigeria’s 2019 Elections