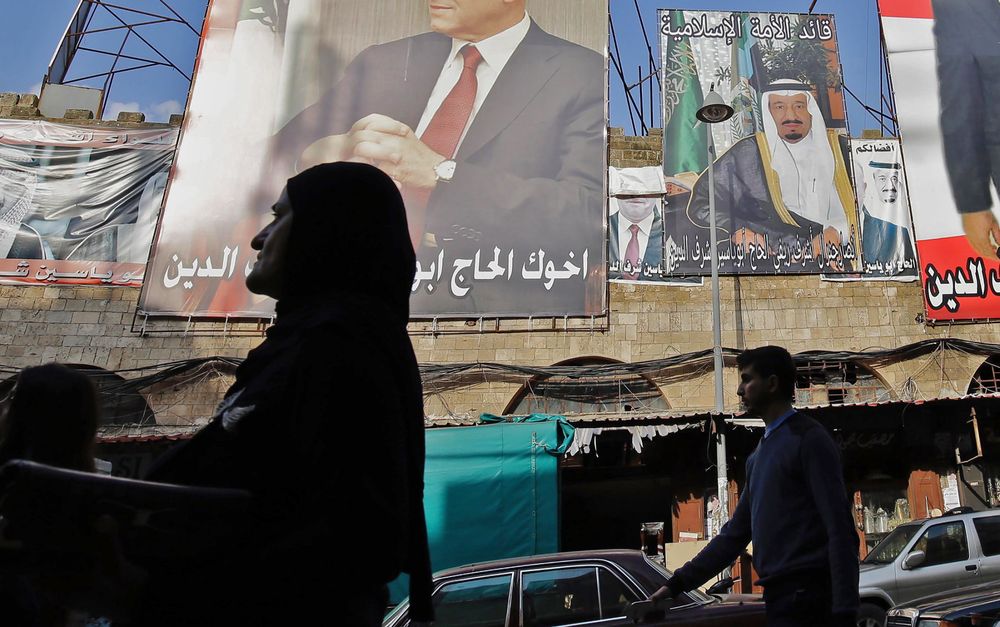 Saudi Arabia advised its nationals to leave Lebanon, further fueling fears of a heated confrontation with Iran in a country long known for being a battleground for proxy wars in the Middle East.

Lebanon is in the cross-hairs of the escalating tension between Sunni-led Saudi Arabia and Shiite-led Iran, who are on opposite ends of conflicts across the Middle East. Iran-backed Houthi rebels in Yemen launched a missile at the international airport in Riyadh — an attack Saudi officials said could be an Iranian “act of war.” That day, Lebanon’s Prime Minister Saad Hariri — a pro-Saudi politician — abruptly resigned, issuing a statement in Riyadh blaming Iran for meddling in Lebanon’s affairs via its proxy, Hezbollah.

“The safety net Lebanon had is no longer in place,” Sami Nader, head of the Beirut-based Levant Institute for Strategic Affairs, said by phone, adding that Lebanon may face the same kind of economic sanctions imposed by a Saudi-led alliance on Qatar since June. “We should expect further escalation from Saudi Arabia against Lebanon.”

“We won’t accept Lebanon taking part in a war against Saudi Arabia,” State Minister for Gulf affairs Thamer al-Sabhan said in an interview with al-Arabiya television. “The Saudis will take all political measures and more to confront Hezbollah.”

French President Emmanuel Macron said he will make a stopover in Riyadh Thursday night on his way back to Paris from Dubai, to discuss regional issues with Saudi Crown Prince Mohammed bin Salman. Topics will include the political crisis in Lebanon, wars in Yemen and Syria, and tensions with Iran.

The “stability and security” of Lebanon is France’s priority, Macron said. The president said he had “informal contacts” with Hariri, declining to comment on his decision to resign.

Other Gulf nations are rallying around Saudi Arabia against Iran. Anwar Gargash, the United Arab Emirates minister of state for foreign affairs, called for Iran’s ballistic program to be tackled as “an urgent priority” after the Houthi attack on Riyadh’s airport.

Iran is also central to the Saudi-led embargo on Qatar. The alliance accused it of sponsoring terrorism and cozying up to Iran, charges the Gulf nation has repeatedly denied.

Hariri stepped down at a time when Iran and its allies are widely seen to have won the proxy war against Sunni powers in neighboring Syria. Lebanon, a battleground of proxy wars during its 1975-1990 civil war, has largely avoided the sectarian massacres that ravaged its larger neighbor for more than six years. Even so, the conflict has weighed on Lebanon’s economy, cutting major trade routes and bringing more than 1 million refugees into the country.

The instability has rattled financial markets. Lebanon’s $1.54 billion Eurobonds due 2022 tumbled, sending the yield up 40 basis points to 8.31 percent as of 4:16 pm in London, according to data compiled by Bloomberg. Lebanon’s President Michel Aoun said this week that markets are stable and that there was no run on the country’s banks.

In a statement Thursday, Hariri’s Future Movement called for the former prime minister’s return to Lebanon, saying that it would support him regardless of circumstances.