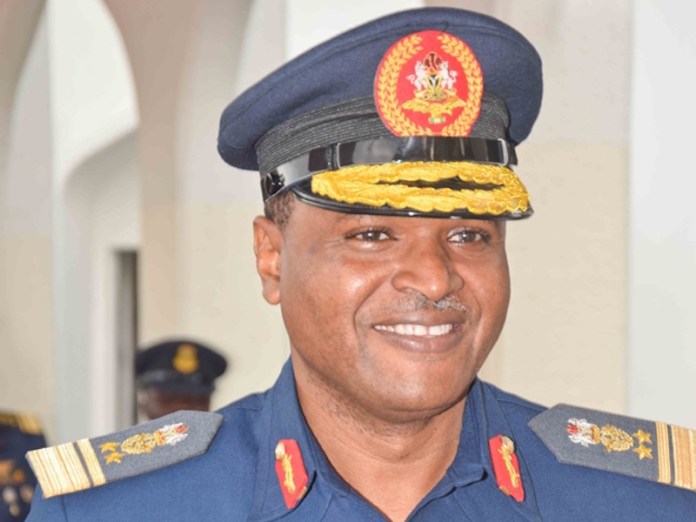 The CAS stated this during a strategic meeting with Air Force Branch Chiefs, Air Officers’ Commanding and Field Commanders on Abuja.

He said: “It is also gratifying to note that we have projected air power beyond Nigeria. The C130 has contacted a number of flights to deliver relief materials to Sierra Leone.

“I believe so much has been achieved but we need to evaluate all that we set out to achieve. We are not yet done, we must redouble our efforts especially in the North-east.

“I know we have commenced operations in the North East which is aimed at further degrading the Boko Haram. We are going to massively dominate the entire area and make it extremely difficult for anybody that is there that is a criminal who wants to come out to kill innocent Nigerians.”

“Reports from units indicate that we are really making substantial progress as regards responsibilities assigned to us by the 1999 Constitution.

“The uniqueness about this set of cadets is that this nation s the first time in 32 years that the Nigerian Air Force is graduating cadets from 401 Flying Training School Kaduna,” he said.

Further, Abubakar said: “In the past years, we used to graduate officers, officers graduate from Primary Flying Training in Kaduna.

“But by the special grace of God and with the commitment of the Air Officer Training Commanding, the Commander and our late colleague commander, Group Captain Adanu Ochai, who was the Commanding officer of the flying wing, we have been able reverse the train.

“With the graduation of these cadets now, we are looking forward to the day when we will have cadets as instructor pilots. It has happened in the past and it’s going to happen again.”

He observed that “since we came, we have brought into the service over 1900 recruits, who are supposed to join us in the service to support us to tackle the challenges facing our nation.

“In addition to this, about 106 Direct Short Service cadets have graduated and they have been posted already to different units of the service.

On humanitarian services, Abubakar said: “In our humanitarian programme, we have 241 IDPs patients have been attended to free of charge.

“I have been briefed by our Chief of Medical Services today that our medical team has been deployed to Makurdi to provide medical services to the indigenes of Benue State that have been affected by recent flood,” Abubakar said.

He explained that NAF had deployed a team of medical personnel from the service to Makurdi, to attend to victims of last week’s flood in Benue State.

Abubakar stated that the parley was aimed at “seeking possible ways of moving the service forward in line with contemporary expectations,” adding that, “NAF had graduated 16 trained pilots at the Flying School Kaduna, which is contrary to what obtained some 33 years ago, where the training school was only being used to graduate officer pilots.”

Fischer to Step Down in Mid-October as Fed Vacancies Mount