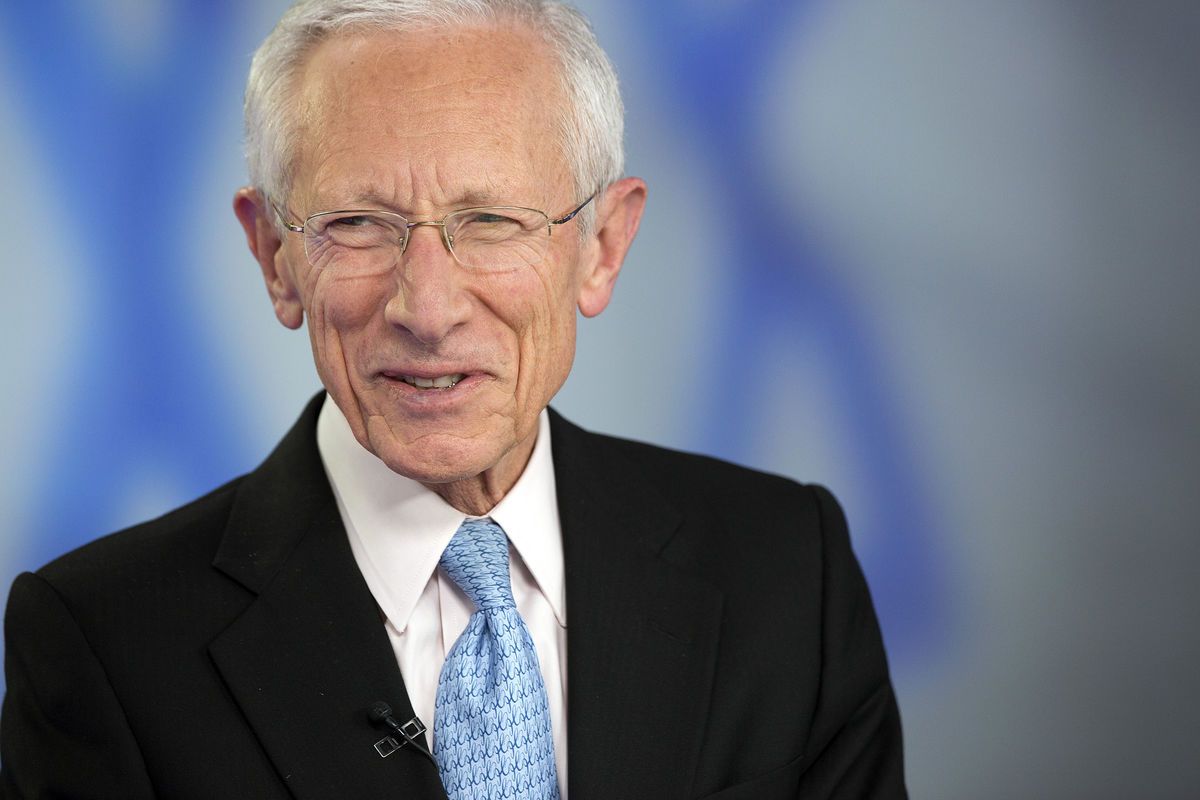 Fischer, 73, was appointed to the Fed by President Barack Obama in 2014 to a term as vice chair that would have expired in June 2018. He cited “personal reasons” in a resignation letter Wednesday to Trump for leaving on or around Oct. 13. He will participate at the Federal Open Market Committee’s meeting later this month. 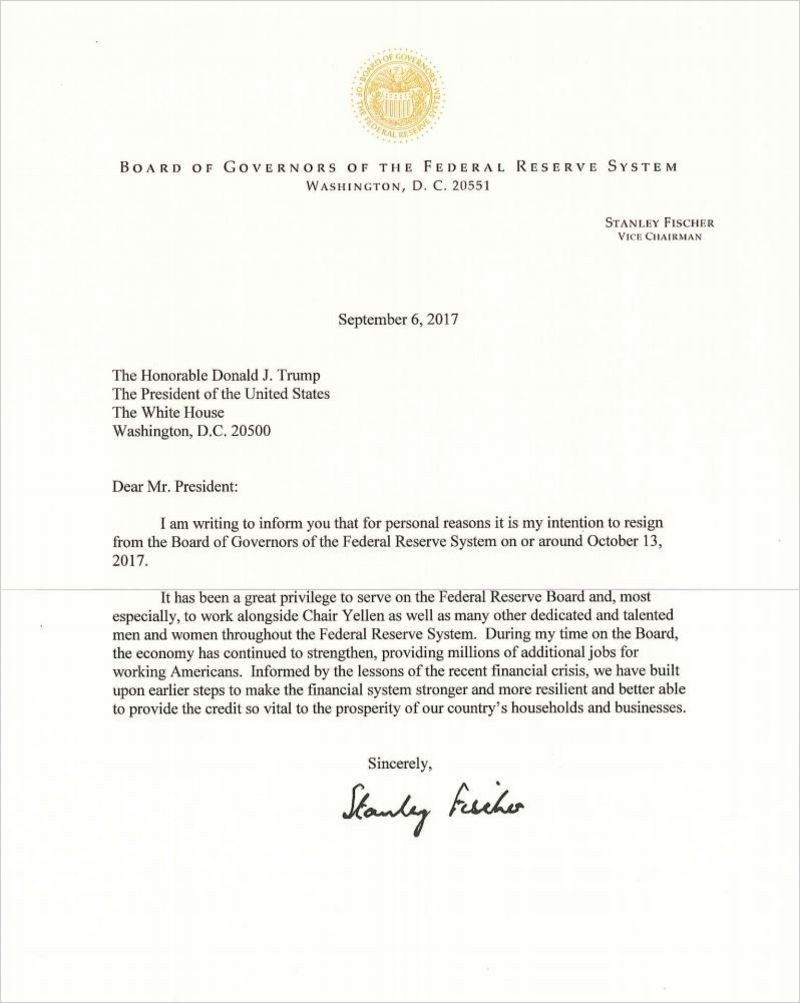 “During my time on the Board, the economy has continued to strengthen, providing millions of additional jobs for working Americans,” Fischer wrote in the letter. “We have built upon earlier steps to make the financial system stronger and more resilient.”

Fed watchers had expected he would step down but not with eight months remaining in his term. His departure will remove an influential voice at a time when the central bank appears divided on the need to hike interest rates again this year despite lower-than-desired inflation. He’s also been a powerful advocate for maintaining post-crisis financial regulations that the Trump administration wants to roll back.

“Fischer was the voice of experience, having been a central banker and his international standing was impeccable,” JPMorgan Chase & Co.’s Chief U.S. Economist Michael Feroli said. “It adds a further element of uncertainty to policy and who will be running policy early next year. It adds to the cloudiness of the outlook for monetary policy.”

Policy makers are expected to announce a timetable to start shrinking their $4.5 trillion balance sheet when they meet Sept. 19-20 in Washington, while leaving rates on hold as they debate another hike before year-end, as officials projected in June.

Fischer’s departure will leave four of the seven seats on the Fed Board vacant. Trump has nominated Randal Quarles, a senior Treasury official under President George W. Bush, to be a governor and head up the Fed’s regulatory efforts. Quarles’ nomination is still pending before the Senate.

In addition, Janet Yellen’s term as chair expires in February. Trump has said that a renomination of Yellen is under consideration, though the White House is also looking at other candidates. Economists polled by Bloomberg expect him to pick someone else.

“All of us have been focused on transition at the Fed but the one we were thinking about was Janet Yellen,” said Carl Tannenbaum, chief economist at Northern Trust Corp. in Chicago and a former Chicago Fed official. “The Fed is going to be quite short-handed.”

Fischer is an elder statesman of American finance. He is a former vice chairman of Citigroup, the former first deputy managing director of the International Monetary Fund, and the former chief economist of the World Bank.

He also served as governor of the Bank of Israel from 2005 to 2013. For more than 20 years, he was a professor at the Massachusetts Institute of Technology, where he influenced generations of economists, from former Fed Chairman Ben Bernanke to European Central Bank chief Mario Draghi.

“It has been an extraordinary privilege — and exceptionally good fortune — for me to have worked closely with Stan Fischer,” Bank of England Governor Mark Carney said in a statement. Fischer’s “encyclopedic knowledge of economics, outstanding judgment, quiet leadership and his perennial good humor has helped policy makers around the world,” he said.