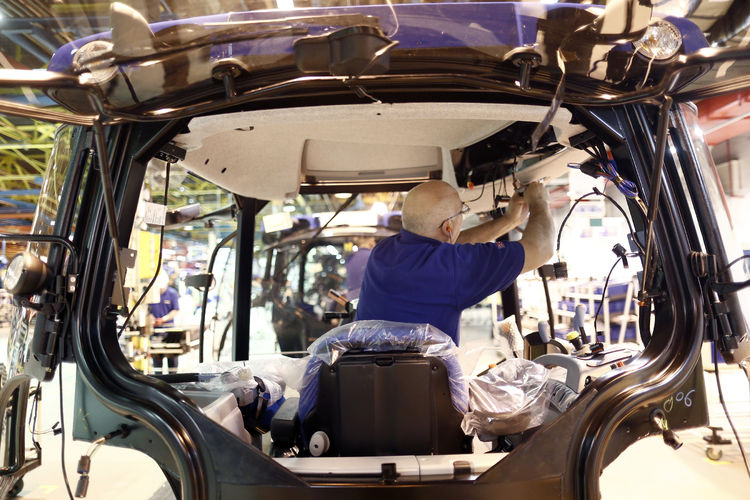 The squeeze on U.K. households intensified in the three months through April as weaker wage growth inflicted the biggest loss of purchasing power in almost three years.

Average earnings rose 1.7 percent, the slowest annual pace since early 2015, the Office for National Statistics said on Wednesday. Taking inflation into account, they fell 0.6 percent, the largest drop since August 2014. Barclays said the situation will continue to worsen this year, while HSBC said the pressure on consumers will last longer than it previously anticipated.

The fall in living standards is already sapping consumer confidence, weighing on an economy that relies on household spending and piling further pressure on Prime Minister Theresa May following the election that cost her Conservative Party its parliamentary majority. Retailers are the second-worst performers in the FTSE 350 Index over the past month.

ING Bank described the latest wage number as “shocking” and reiterated its view that the Bank of England won’t raise interest rates before 2019. The central bank, which announces its next policy decision on Thursday, forecast last month that wage growth would pick up in 2018 and 2019.

“Given the uncertainty related to Brexit, and also now the overall U.K. political environment, we suspect that this forecast might prove to be optimistic,” said James Smith, an economist at ING. “Whatever happens, what is clear now is that real incomes are falling noticeably.”

The figures may increase pressure on the new minority government to ease its budget-cutting program. Public-spending cuts were among the reasons why the Tories performed so badly in the election last week, and the slide in purchasing power will make further austerity harder to bear.

Britain was the worst-performing Group of Seven economy in the first quarter and BOE Governor Mark Carney has warned that households face “challenging times” for the rest of the year, as uncertainty ahead of talks on leaving the European Union keeps pay subdued.

Wages are failing to pick up despite a robust labor market. Unemployment fell 50,000 between February and April, leaving the jobless rate at a 42-year low of 4.6 percent, and the number of people in work climbed 109,000 to a record 32 million.

“The sharp contrast between our terrible record on pay and strong jobs performance shows that the currency-driven inflation we are experiencing is not feeding through into wage pressures and is simply making us all poorer instead,” said Stephen Clarke, economics analyst at the Resolution Foundation, a think tank.

Inflation is now close to 3 percent and rising, the result of the plunge in the pound since the Brexit vote a year ago. That’s having a material impact on consumer spending, with figures Thursday forecast to show retail sales fell in May for the second time in three months.

Budget grocers’ sales are rising as consumers forego non-essential spending and department store John Lewis has seen sales growth this year fall to 0.9 percent from 6.4 percent a year earlier. Retailers are down 2.5 percent over the past month, whereas the FTSE 350 Index has risen 1.3 percent.

Wage growth including bonuses slowed to 2.1 percent between February and April, leaving inflation-adjusted earnings down 0.4 percent. Real earnings fell 1.5 percent in April alone, the most in three years.

The ONS said its earnings data have been revised back to the start of the series in 2000 to better reflect the wages paid at small businesses.