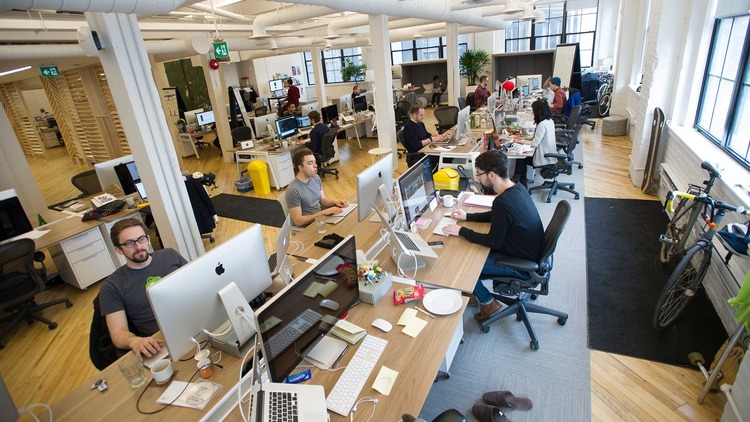 Canada’s run of job gains stalled in April and wage gains slowed to record lows, casting a shadow over what had been a stellar employment performance.

Canada added 3,200 jobs during the month, Statistics Canada reported in Ottawa, less than the 10,000 employment gain forecast by economists. The pace of annual wage rate increases fell to 0.7 percent in April, the lowest in records dating back to the late 1990s.

Canada’s unemployment rate fell to 6.5 percent, the lowest since October 2008, but this reflects the departure of 45,500 people from the labor force. About half of those were youth, meaning many young people looking for work have stopped looking.

Policy makers at the Bank of Canada have been wary of recent upswing in economy data and this report will probably feed their worries even with the job gains. While economic growth has been accelerated and employers are hiring, it’s tough to conclude the recovery has fully taken hold without a pick-up in wages.

Nick Exarhos, CIBC World Markets: “Canadian employment took a pause in April, likely to catch its breath after its remarkable run over the past several months. Jobs were up a slim 3K on the month, although the composition suggests some slippage in overall quality.” 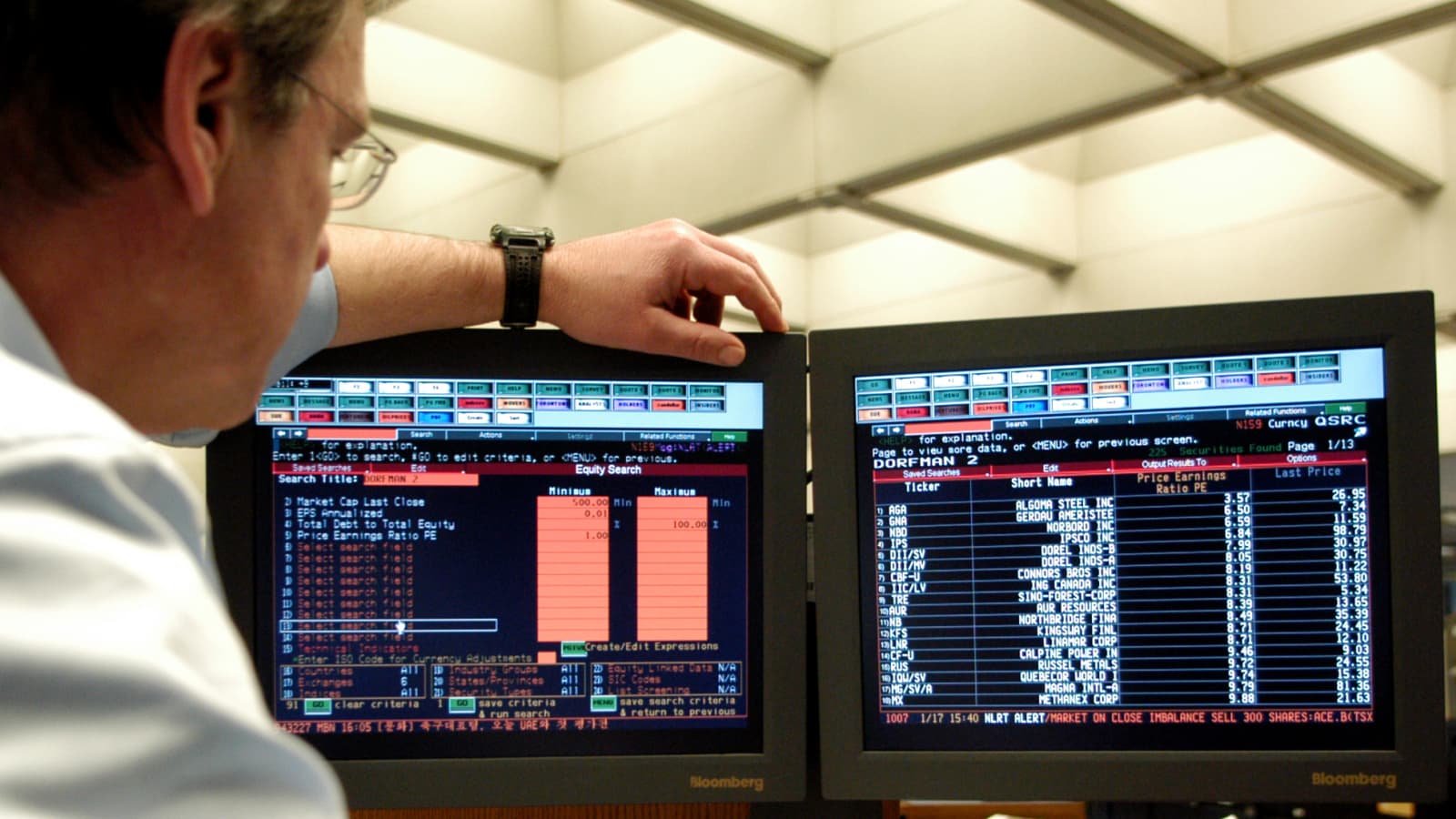 It’s been a rollercoaster start to what was always going to be a massive week in the markets and there’s little reason to expect that to change in the coming days.

The turnaround on Monday was incredible. From eye-watering losses to ending the day in the green; it’s not often you see that kind of action. Investors will no doubt be relieved but that could prove to be short-lived. US futures are back in negative territory ahead of the open – albeit to a much lesser degree at the moment – and even at the close on Monday, the Nasdaq was more than 13% off its highs.

The next couple of days will be huge. So much could hang on the communication from the Fed tomorrow and whether they strike the right balance between taking inflation seriously and not raising rates too aggressively. It’s a tightrope situation but if the central bank can find the right balance, more may be tempted by these levels.

It’s not just on the Fed, of course. On Monday, it was geopolitics that appeared to tip investors over the edge. The reaction looked over the top but that is indicative of the level of underlying anxiety in the markets at the moment. And if things don’t improve this week, we may see more episodes like that.

Which brings us to earnings season and a week in which numerous companies release fourth-quarter results, including a number of big tech names. A disappointing start to the season hasn’t helped to lift the mood but that could change this week. If not, the January blues could turn into something far more unsettling.

Oil got caught up in the sell-everything panic at the start of the week, sliding more than 3% at one stage before recovering a little. There wasn’t much sense behind the move, but the fact that the dollar was strengthening and crude was already seeing profit-taking after peaking just shy of $90, probably contributed to it.

The market remains fundamentally bullish and conflict with Russia does nothing to alleviate supply-side pressures. If anything, the risks are tilted in the other direction, not that I think it will come to that. Nor does the market at this point, it seems.

Still, it was only likely to be a matter of time until oil bulls poured back in and prices are up again today. The correction from the peak was less than 5% so that may be a little premature, but then the market is very tight so perhaps not.

Gold continues to be well supported at the start of the week, following some turbulent trading conditions and dollar strength. It continued to hold over the last couple of sessions around $1,830 and has pushed higher with $1,850 now in its sights.

The yellow metal is pulling back a little today, off a few dollars, but it remains in a good position. There still appears to be momentum behind the rally which could continue to take it higher. A move through yesterday’s lows could see that slip but at this point in time, conditions continue to look favourable. Of course, the Fed tomorrow could have a huge role to play in whether that continues to be the case which may explain the consolidation in recent days.

A strong recovery for bitcoin

Bitcoin rebounded strongly on Monday, alongside other risk assets that had also been pummelled earlier in the day. It’s trading a little lower today but that won’t be a major concern at this stage as broader risk appetite is holding up so far. Whether that is sustainable will determine how bitcoin responds and that may depend on the Fed tomorrow.

Bitcoin found support at $33,000 on Monday which isn’t far from a hugely important support zone around $30,000. If risk appetite takes a turn for the worse again, we could see that come under severe pressure. If the price can hold above here in the short term, it could be a very positive sign.

Another woeful start to trading on Monday, as heightened geopolitical risk compounds investor anxiety and drags on risk assets.

It could be a make or break week for the markets, with the Fed meeting on Wednesday, big tech earnings, and ongoing tensions on the Ukraine/Russia border. That may sound a bit over the top given how deep a correction we’ve already seen, particularly in the Nasdaq, but it could get much worse before it gets better.

Wednesday is going to be massive. The Fed needs to strike the right balance between taking inflation seriously and not wanting to cause further unnecessary turmoil in the markets. Not an easy balancing act when four hikes are already priced in, alongside balance sheet reduction, and some are arguing it’s not enough.

That’s a lot of pressure for a meeting that’s not really live but investors will be hanging on every single word. It won’t take much for the Fed to add to the anxiety but if they manage to strike the right chord, it could help settle the markets and draw investors back in.

And then there’s earnings. Netflix got things off to a rotten start for big tech but there’ll be plenty of opportunities to turn that around this week. The Nasdaq has fallen more than 16% from its highs and sits very close to bear market territory. Will investors be tempted back in at these levels if the other big tech names deliver?

Whatever happens, it promises to be a really interesting week in the markets and one that could go terribly wrong or be the turning point. Perhaps that’s oversimplifying things but when fear is in control as it seems to be now, it creates these kinds of extremes.

The PMIs we’ve seen today won’t exactly be helping the mood but we should take them with a pinch of salt given the impact that omicron will have had. The services sector was hit particularly hard, especially in the US, but again that’s to be expected under the circumstance. While the data won’t have helped to lift the mood, it won’t change the outlook for interest rates either. There was cause for optimism in some of the UK service’s forward-looking components which bodes well for the coming months, even as households and businesses are hampered by higher energy costs and taxes.

Oil prices are lower at the start of the week as we continue to see some profit-taking alongside another hit to risk appetite. It’s been a remarkable rally and there’s nothing to suggest that prices are peaking. It’s just come a long way in a short period of time but the fundamentals continue to look bullish.

Despite it already trading at very elevated levels, I wouldn’t be surprised if any corrective moves are relatively shallow. There’s still a big issue on the supply side, with OPEC+ unable to even come close to monthly addition targets and it’s happening at a time of strong demand.

Not to mention the fact that tensions are seriously heightened between Russia and the West and an invasion of Ukraine is becoming an increasing possibility. When energy markets are already so tight, the additional risk premium should continue to support prices.

Gold got off to a decent start this week as it continued to do well in risk-averse trade, but it has since given those back to trade marginally lower on the day. Whether its performance recently is a safe haven move, inflation hedge, or a combination of the two, it’s certainly been supportive for the yellow metal. And now it’s found strong support around $1,830 where it had been seeing plenty of resistance in recent weeks before breaking higher.

That could be a bullish confirmation signal and there still appears to be a healthy amount of momentum, even as the dollar is performing well. The next big test for gold is $1,850, where it struggled on Thursday before profit-taking kicked in.

A major test of support coming for bitcoin

Another miserable day for bitcoin which is continuing to slide after surpassing the 50% mark a little over two months after hitting record highs. It’s in freefall once more and really suffering in these risk-averse markets.

We’ve seen this before though, extreme moves work both ways and while the market has matured over the years, it is still a highly speculative, high-risk asset class. And high-risk assets are being pummelled.

But bitcoin now has a real test on its hands. The psychological blow of losing $40,000 is nothing compared to what happens if $30,000 falls. This is a major level of technical support that held throughout 2021, despite numerous tests early in the year and then throughout the summer. If this falls, it could get very messy.

Oil prices dropped on the back of growing concerns over the possibility of the US Federal Reserve raising interest rates and the surge in dollar value against global counterparts.

Brent crude oil, against which Nigerian crude oil is measured, fell by $3.69 from $88.86 a barrel it peaked earlier today to $85.17 per barrel when the New York market opened. The US West Texas Intermediate crude oil shed $3.91 to $81.9 per barrel, down from $85.81 it opened during the Asian trading session.

The decline in oil prices was after the US dollar jumped to a two-week high on Monday against its global counterparts, largely due to the tension between Russia and the West over Ukraine and the likelihood of the Fed raising interest rates this week.

Francesco Pesole, a strategist at ING Bank, said the increase in dollar value could stall if the Fed signalled a preference for balance sheet reduction against the widely expected interest rate as means to tighten policy.

“If markets see the Fed willing to let balance sheet reduction do the heavy lifting, that may force a scaleback in forecasts for the number of rate hikes,” he said.

“The dollar will find more support from actual rate hike expectations than expectations of draining liquidity out of the market.”

Carsten Fritsch, an analyst at Commerzbank, explained that the crisis in both Ukraine and the Middle East “justify a risk premium on the oil price because the countries involved – Russia and the UAE – are important members of OPEC+”.

Tension in the United Arab Emirates rose on Monday following an interception of two Houthi ballistic missiles targeting the Gulf country after a deadly attack a week earlier.