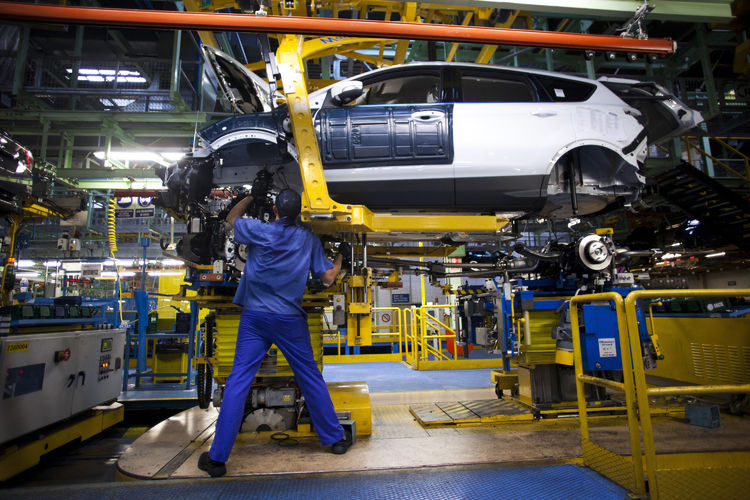 Euro-area inflation bounced back to a level in line with the European Central Bank goal and underlying price growth surged, setting up a debate about an exit from unconventional stimulus that may lead to a policy signal in June.

Consumer prices rose an annual 1.9 percent in April after gaining 1.5 percent in March, according to Eurostat data published Friday. Economists predicted an increase of 1.8 percent. Core inflation, a measure that excludes volatile components such as food and energy prices, jumped to 1.2 percent, the most in almost four years and stronger than anticipated.

ECB policy makers, who kept interest rates and the pace of asset purchases unchanged on Thursday, stressed that they still don’t see a convincing upward trend in underlying prices, even as they acknowledged that risks to the economic outlook have become more balanced. With economists predicting that the central bank will take less time to taper quantitative easing, and will tighten borrowing costs sooner than previously forecast, the focus will now turn to whether and how it will revise forward guidance in six weeks.

Bloomberg Intelligence estimates that an Easter-related surge in prices for package holidays, particularly in Germany, is likely the predominant reason for the acceleration in core inflation.

The rate will “eventually show some signs of life as the output gap closes,” David Powell, BI’s chief euro-area economist, wrote before the release. “That may allow the ECB to announce as soon as September that its asset purchases will be tapered by 10 billion euros ($11 billion) a month in January.”

ECB President Mario Draghi flagged this month’s pick-up in inflation on Thursday and predicted that the rate would hover around current levels through the end of the year.

“As unutilized resources are still weighing on domestic wage and price formation, measures of underlying inflation remain low and are expected to rise only gradually over the medium term,” he told reporters in Frankfurt.

U.K. Economy Slows More Than Forecast as Consumers Cut Back