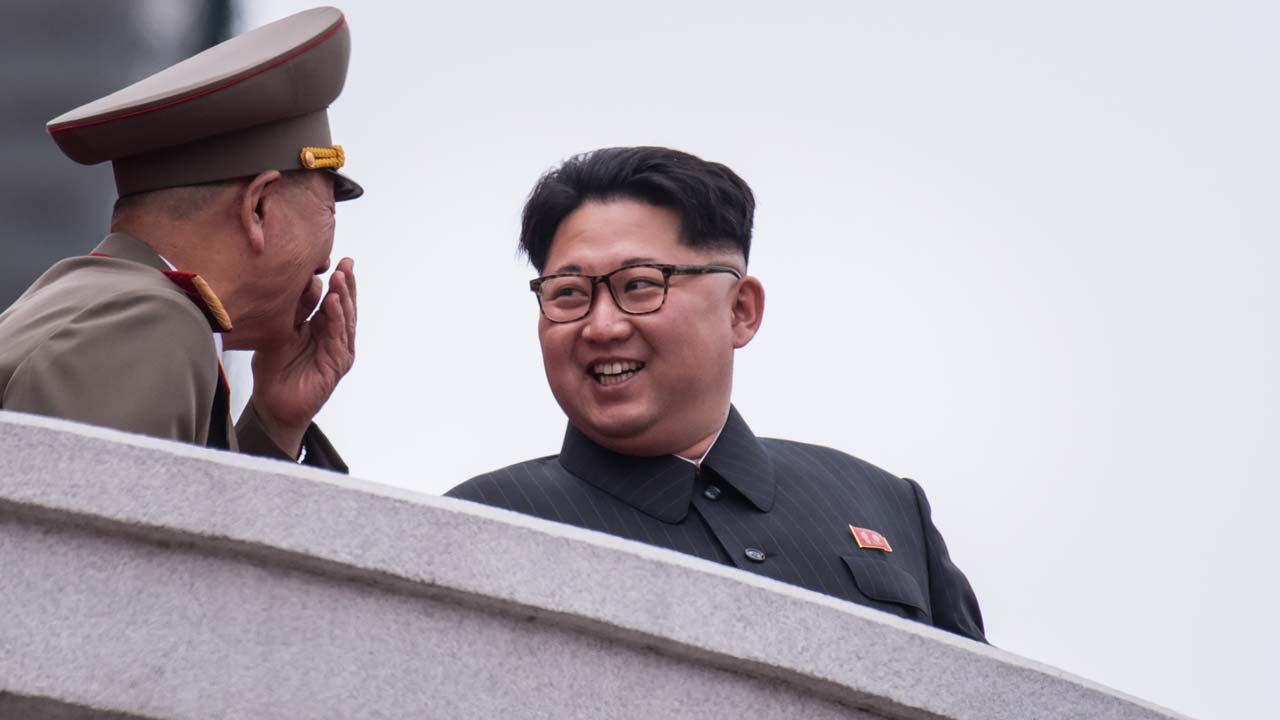 The call came after Pyongyang had earlier launched at least four missiles, with three splashing down in the sea close to key US ally Japan.

The launches present a challenge for US President Donald Trump, who has described North Korea as a “big, big problem” and vowed to deal with the issue “very strongly.”

South Korea said four missiles were fired from Tongchang County in North Pyongan province into the East Sea — its name for the Sea of Japan.

The missiles traveled about 1,000 kilometers (620 miles) and reached an altitude of 260 kilometers (160 miles), a spokesman for South Korea’s Joint Chiefs of Staff said.

Monday’s launches were the latest in a series of test-firings that violate UN resolutions barring Pyongyang from developing missile technology.

Such defenses include the planned deployment to South Korea of a missile-defense system called THAAD.

US Defense Department spokesman Navy Captain Jeff Davis suggested North Korea had attempted to launch more than four missiles and these were medium-range rockets, not ICBMs.

“There were four that landed. There may be a higher number of launches, but we are not commenting on” that, the Pentagon spokesman said.

Under leader Kim Jong-Un, Pyongyang wants to develop an intercontinental ballistic missile (ICBM) capable of reaching the US mainland — something Trump has vowed would not happen.

The emergency UN meeting is likely to be scheduled on Wednesday when ambassadors return from a visit to the Lake Chad region in Africa, diplomats said.

America’s ambassador to the UN, Nikki Haley, said on Twitter that the world “won’t allow” North Korea to continue on its “destructive path.”

Pyongyang carried out two nuclear tests and a series of missile launches last year, but Monday was only the second time its devices had entered Japan’s EEZ.

“Considering the North Korean leadership’s brutality and recklessness shown through the murder of Kim Jong-Nam, the results of the North having a nuclear weapon in its hands will be gruesome beyond imagination,” he said.

Seoul has blamed Pyongyang for the killing of the half-brother of the North’s leader by two women using VX nerve agent at Kuala Lumpur International Airport last month.

Hwang called for the “swift deployment” of THAAD, a proposal which has infuriated neighboring China, the North’s key diplomatic protector and main provider of trade and aid.

Monday’s launch came ahead of a trip to Japan, China and South Korea by new US Secretary of State Rex Tillerson this month, Dongguk University professor Kim Yong-Hyun noted.

Pyongyang was “trying to send a message early on in Trump’s term that North Korea will not be dragged around by his administration,” he said.

The North is barred under UN resolutions from any use of ballistic missile technology.

But six sets of UN sanctions since Pyongyang’s first nuclear test in 2006 have failed to halt its drive for what it insists are defensive weapons.

Three years ago, then-president Barack Obama ordered the Pentagon to increase cyber attacks against North Korea to try to sabotage its missiles before launch or just as they lift off, The New York Times reported over the weekend.

Several of the North’s devices have failed soon after launch.

Kim Dong-Yup, an analyst at the Institute for Far Eastern Studies at Kyungnam University, noted that unlike previous launches the three missiles that reached Japan’s EEZ were fired in different directions.

“North Korea may have attempted to show it can strike US bases in Japan simultaneously,” he said.

North Korea has regularly taken action to protest the drills, such as firing seven ballistic missiles during the exercises last year.

Beijing has become increasingly frustrated with Pyongyang’s nuclear and missile activities, and last month announced a suspension of all coal imports from the North until the end of the year — a crucial source of foreign currency.