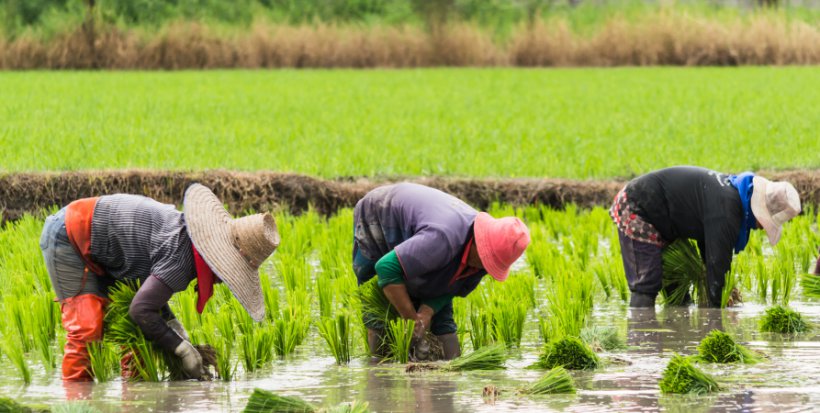 The Minister of Agriculture and Rural Development, Chief Audu Ogbeh, says the Federal Government is targeting the production of seven million tonnes of rice by 2018.

Ogbeh told newsmen on Wednesday that the target, which would be achieved by the second quarter of 2018, was to meet the national consumption rate.

He said, “I think we have attained the level of being one of the largest producers of rice, even though many people are still in doubt about that.

“So, for those who say it is not true, I think they need to take another look.

“I have been in Vietnam, the same kind of rice plantation you see there is what you see in Nigeria.

“The only thing we need to add is the milling capacity, which we are increasing.”

The minister, however, attributed the current hike in the price of rice to the increase in the people’s demand for the produce.

Ogbeh said that the country was feeding more than 193 million citizens as well as 100 million others in West and North Africa.

He said, “Nobody argues the fact that trucks come in from Ghana, Burkina Faso, Niger Republic, Chad, Mali, to Funtua in Katsina to load our grains.”

On rice milling, the minister said that the Federal Government recently advertised no fewer than 100 rice mills for sale and distribution to farmers.

Ogbeh said that this would assist rice farmers to boost their production while reducing the price of the produce and boosting the food security of the country.

“Our milling capacity is still not up to speed but we want to improve.

“Some of the mills, which will mainly go to cooperatives, will do 10 tonnes a day, some 20 tonnes, some 50 tonnes and some 100 tonnes.

“The terms of sale and distribution of the mills to communities and farmers will be very generous,’’ he said.