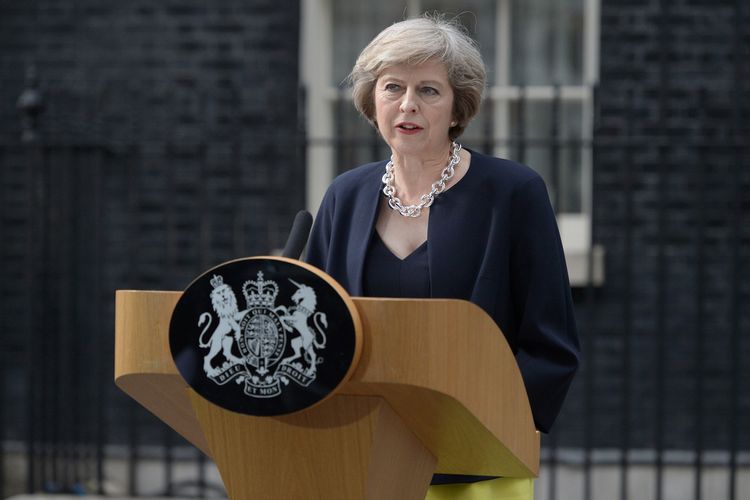 Prime Minister Theresa May kept her plan to trigger Brexit on track after defeating a rebellion from some of her own Conservative Party colleagues by promising them a vote on the final deal with the European Union.

May’s administration overcame an attempt in Parliament to force her to give lawmakers more power to shape the final Brexit agreement by 326 votes to 293 on Tuesday, even though seven Tory members of the House of Commons voted against her.

The rebel Conservatives — including former ministers — and opposition legislators demanded a binding vote on the terms of the U.K.’s departure from the bloc before it is too late for the final agreement to be changed. They wanted the option of sending May back into negotiations on seeking better terms if the proposed U.K.-EU accord is not good enough.

But the premier’s opponents were defeated after Brexit Minister David Jones promised lawmakers in London on Tuesday a vote on the “final draft agreement” with the EU. That accord will cover both the exit deal and the new trading relationship with the bloc, and the vote will take place before it is sent to the European Parliament for ratification, he said.

Jones warned that the fallback option for the U.K., if Parliament decides to throw out the final deal, would be World Trade Organization terms with higher tariffs.

“It will be the choice between leaving the European Union with a negotiated deal, or not,” Jones told the Commons. “To send the government back to the negotiating table would be the surest way of undermining our negotiating position and delivering a worse deal.”

May’s government is seeking permission from lawmakers to trigger the start of the Brexit process by invoking Article 50 of the EU’s Lisbon Treaty. Members of Parliament are debating a draft law that would give the premier the authority to fire the starting gun on Brexit, a law she was forced to produce after Supreme Court judges ruled she had to seek the approval of Parliament first.

The prime minister wants lawmakers to pass the bill quickly so she can meet her deadline of triggering Article 50 by March 31. So far all attempts to change the wording of the draft law have failed. The Commons will discuss further amendments on Wednesday before a final vote on the bill before it goes to the upper, unelected House of Lords.

The offer from Jones initially satisfied some opponents of May’s plans, but his promise did not go as far as the rebel Conservatives wanted, when it became clear that the choice in the future vote would be to accept the deal or to leave the EU with no deal at all.

Former Chancellor of the Exchequer Kenneth Clarke and ex-ministers Anna Soubry and Claire Perry all voted against May’s plan. Andrew Tyrie, the chairman of the Commons Treasury Committee, also voted against the government.

Two of the cabinet ministers May fired when she took office last year — Nicky Morgan, the former education secretary, and George Osborne, who served as chancellor — abstained from voting.

During the debate, Clarke summarized the minister’s offer as a “take it or leave it” vote. If lawmakers chose to reject the deal, the U.K. would have no trading agreement with the EU and would have to revert to WTO terms, Clarke said.

Keir Starmer, the Brexit spokesman from the main opposition Labour Party, initially welcomed Jones’s announcement, though he said questions remained over the impact the final vote would have.

Other lawmakers were more skeptical. The government is “treating Parliament with contempt,” said the Green Party’s Caroline Lucas. “They’re offering a ‘choice’ between an extreme Brexit and a cliff edge.”