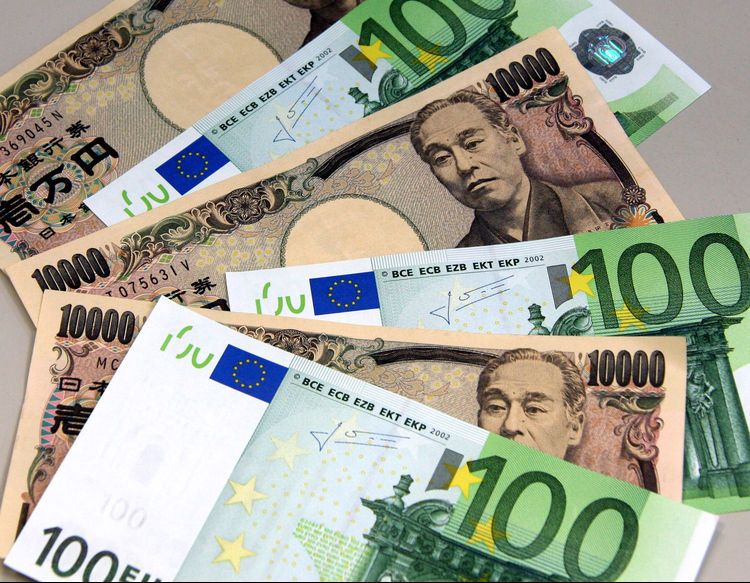 The US economy remains strong after data from the labor department showed the economy added 227,000 jobs in January. More than 157,000 jobs created in December. But the average hourly earnings drop to 2.5 percent from 2.9 percent year-on year, suggesting that the inflation rate may not be advancing as previously thought. Therefore, the Fed won’t be in rush to hike rates, at least not this March. This is one of the reasons the US dollar lost momentum against most of its counterparts except the British Pound last week.

Accordingly, the productivity level cooled in the fourth quarter to 1.3 percent from 3.5 percent recorded in the third quarter. This further affirm that businesses have relied on more hiring rather than investing in technology to increase efficiency. Still, the services sector expanded (56.5) in January at about the same pace as in the previous month.

However, the uncertainty surrounding the new government policies – fiscal spending, immigration, tax, etc. continued to weigh on the business outlook and dollar strength as businesses and foreign investors are yet to ascertain market direction.

In the U.K, the services sector contracted in January to 54.5 from 56.2 recorded in December as the costs of running a business surged to a 6-year high. The main concern now is the extent to which costs are rising and if it’s temporary or part of the issues raised by Governor Mark Carney on Thursday that there were risks to the economic outlook as the country start its Brexit journey.

Although the U.K. Monetary policy Committee upgraded its economic growth rate for 2017 from 1.4 percent to 2 percent, the governor reiterated that there are risks ahead and that the positive outlook does not negate Brexit consequences.

“The Brexit journey is really just beginning — while the direction of travel is clear, there will be twists and turns along the way,” the BOE governor Mark Carney told a press conference in London on Thursday. He said that with inflation accelerating and risks to growth on the horizon, “we can see scenarios in either direction” for policy.

With uncertainty growing from the US to the Europe, it is clear that commodities like gold and safe haven assets in general remain attractive as investors look to reduce risk exposure while looking for clues as to what the US and Theresa May led Brexit team plan to achieve going forward.

This week USDJPY and GBPJPY top my last for the reason stated above.

I first mentioned this pair sell potential three weeks ago, but rebounded with 78 pips to our first target to hit a mid-term high of 115.60. Ever since it has lost about 332 pips in the last three weeks.

A break of 111.81 support would possibly increase the attractiveness of this pair and open up 109.56 support levels first established in April 2016, which is below 20-day moving average. Below is my previous quote on this pair.

This pair called the top after gaining about 1,384 pips since the emergence of Trump as the president of the U.S. But the pair lost about 250 pips following Trump’s first public conference last week to close at 114.43 support level. This, I will be treating as a risk concern ahead of the new administration’s inauguration. Therefore, I will be expecting the demand for the yen as a safe haven asset to increase while investors await a series of change the president-elect will be passing on to the senate and the ones likely to be approved.

Three weeks ago, I mentioned here the uncertainty surrounding the British pound and why this pair offer unique sell opportunity. But with the pound sterling uncertainty confirmed by BOE unclear as the UK commence its Brexit journey, the embattled currency remains less attractive and it is likely to get worse by March, 2017 when the Brexit will be officially triggered.

While on the other hand, the yen remained attractive as investors scramble for the haven asset to reduce risk exposure and avoid volatility.

Again, the weekly candlestick closed as a bearish engulfed pattern, which was below 142.42 support levels –now resistance. With the present yen attractiveness, I will be looking to sell the pair below 142.42 resistance levels this week for 134.90 targets. A break of that level should open up 129.85 as the second target.

This week, I remain bearish on this pair for two reasons. One, the surge in risk level in the Euro-area will continue to weigh on euro-single currency. While Canadian dollar will likely remain attractive as commodities like crude oil gain and increase in investments in the country boost its manufacturing sector amid Trump likely favoured trade policy.

This pair lost its gains after the Bank of England Governor Mark Carney statement alerting investors to potential risk ahead of Brexit. Hence I will be standing aside this week to monitor price action and comments from the UK policy makers.

Naira Falls to N500 Per Dollar at Parallel Market

After closing at N415.07 per dollar on Thursday, the Naira maintained a flat rate and went on to close at the exact same price on Friday. This is according to the data released by the FMDQ group, on the group’s official website.

This connotes a certain stability around the currency, as the recent rates at which the currency has been closing at in recent days and weeks have hovered around this particular price range. It further strengthens the idea that the festive period will see the Nigerian currency trade at that range.

The FMDQ group as usual also updated the Forward rate and the Spot trade of the Naira’s trades on Friday. The prices appeared to have returned to some of the usual, standard rates which they consistently traded for a while.

On Friday, the total turnover of the dollar sat at $215.47 million. Turnover refers to the amount of the currency that is involved in the trade throughout the entire day. Everything that was traded on Friday amounts to 215 million dollars. This was a huge increase from the turnover of the previous day, which sat at $98 million.

It has been reported that in a bid to save the naira, the Central Bank of Nigeria threw a little over $2 billion into the Investors & Exporters window in the seven months to July this year (2021). In the corresponding period last year, the apex bank only injected $628 million into the window.

Investors are moving their funds to known safe-haven currencies to curb risk exposure while they evaluate the effect of the new covid variant on global financial markets.

Two cases of the new Covid variant called B.1.1.529 that emanated from South Africa were reported in Hong Kong on Friday, increasing concerns it could hurt global economic recovery and compel nations to start closing their borders going into the new year.

Leading safe-haven currency, the Japanese Yen gained against the United States Dollar to 113.151 at 8:40 pm Nigerian time, down from 115.450 it attained on Thursday as shown below.

Similarly, the Swiss Franc outperformed other currencies as its attractiveness surged among global investors looking to avert catastrophe amid rising global uncertainties.

Swiss Franc rose against the United States Dollar to 0.92187 from 0.93604 it peaked on Thursday before news that the United Kingdom and other nations were considering shutting their borders.

The Euro rebounded against the United States Dollar after plunging from 1.18905 it traded in August to 1.12039 before paring losses to 1.13129 when the news of new covid variant became a concern.

Surprisingly, gold, a known haven asset, failed to sustain its earlier gain and pulled back from $1815.46 to $1788.10 at the time of writing. Another indication of rising global uncertainty.

Even experts like Craig Erlam, Senior Market Analyst, UK & EMEA, OANDA, had earlier predicted that gold will shine given its characteristics as a haven asset.

He said “Times like this are when gold shines and we’re seeing investors flock back to an old reliable friend today. It has pulled a little off its highs after hitting $1,815 earlier in the session but it remains above $1,800 at the time of writing. It’s an interesting one for gold and bonds, as the situation now is very different from last year.”

Investors however seems to be dumping the tradition risk aversion commodity for something more stable, especially with bitcoin and other cryptocurrencies now doing better number in terms of gain in a period like this.

Crude oil has dropped more than 5 percent or $10 today as energy traders aggressively closed the positions to better assess the situation.