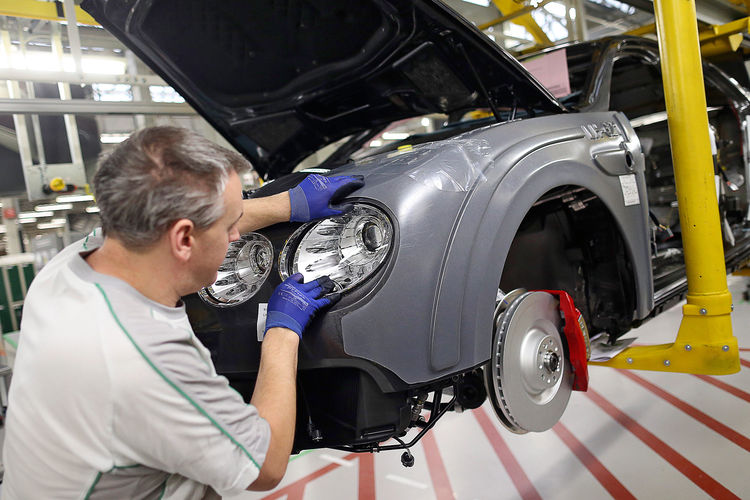 Bookings for non-military equipment excluding planes climbed 0.8 percent after increasing an upwardly revised 1.5 percent in November, data from the Commerce Department showed Friday. Orders for all durable goods — items meant to last at least three years — unexpectedly fell 0.4 percent due to a slump in the volatile military aircraft category.

More demand for capital goods, including machinery, electrical gear and communications equipment, is a sign that businesses might be following up buoyant post-election sentiment by spending more after years of tepid global growth and an energy-price slump. Further gains in investment that could contribute more to economic growth might depend on how quickly the Trump administration and Congress ease regulations and revamp corporate tax policy.

“Capex has been disappointing in recent years, and a second consecutive positive report would suggest that we have finally reached a floor and may start to see greater investment,” Bank of America Merrill Lynch economists, including Ethan Harris, head of global economics research, said in a note to clients before the report.

Shipments of such capital equipment, which are used in calculating gross domestic product, climbed 1 percent in December, the most since July 2015. They were up 0.6 percent the prior month, revised from a 0.2 percent gain.

In a separate report from the Commerce Department Friday, fourth-quarter GDP rose an annualized 1.9 percent, according to the government’s first estimate. Spending on equipment climbed at a 3.1 percent rate, the first increase since the third quarter of 2015.

Boeing Co., the Chicago-based aerospace company, said it received 290 orders in January, the most since July 2014 and up from 13 orders in November.

Excluding transportation equipment demand, which is volatile from month to month, bookings increased 0.5 percent in December after a 1 percent gain the prior month, the durable goods report showed.