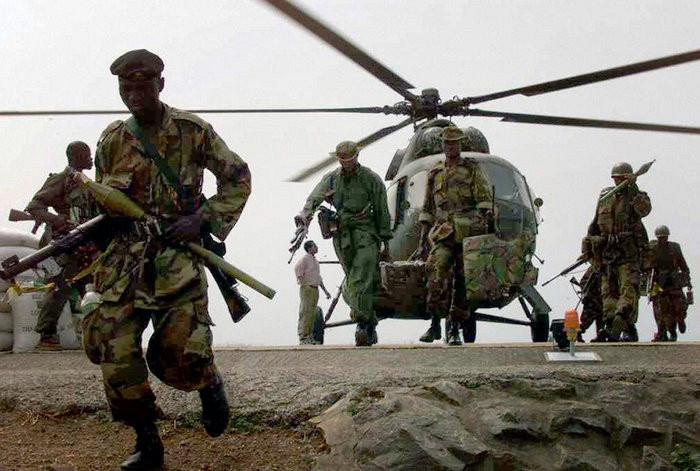 The Nigerian Air Force is moving a contingent of 200 men and air assets to Dakar, Senegal, which is the base of the Economic Community of West African States Military Intervention (ECOMIG) to force President Yahya Jammeh of The Gambia out of power.

This is just as the Chief of Air Staff, Air Marshal Sadique Abubakar, warned the troops on Wednesday to maintain discipline in the operations in The Gambia and to be worthy ambassadors of Nigeria.

The Nigerian troops, which left from the 117 Air Combat Training Group camp in Kainji, Niger State, on Wednesday, will join troops from Senegal, Ghana and other countries in the West African sub-region.

The ECOMIG troops are to ensure that Jammeh hands over power to his successor, Adama Barrow, on Thursday (today).

It was gathered that the Nigerian air assets, deployed in Dakar for Jammeh’s removal, included fighter jets, transport aircraft, and Intelligence, Surveillance and Reconnaissance aircraft.

The head of the Nigerian contingent is Air Commodore Tajudeen Yusuf.

Speaking with the troops before they left their base, Air Marshal Abubakar, said, “No act of indiscipline by the contingent will be tolerated. I therefore urge you to maintain discipline and be professional in your conduct. You must be reminded to be good ambassadors of Nigeria.”

Also, Senegalese troops have moved to the Gambian border in readiness to force Jammeh to leave office.

Senegal reportedly gave Jammeh till midnight to quit or risk being ousted through military prowess.

Wednesday was meant to be Jammeh’s last day in office but parliament had granted him three more months in the post, thereby stopping Barrow from being sworn in on Thursday (today).

Jammeh had declared a 90-day state of emergency, saying “any acts of disobedience to the laws of The Gambia, incitement of violence and acts intended to disturb public order and peace” were banned.

BBC reported that thousands of United Kingdom and Dutch tourists were being evacuated from The Gambia for fear of an imminent crisis.

Jammeh, who lost in the December 1, 2016 election, had initially accepted defeat. He, however, later made a U-turn, rejecting the outcome of the poll.

Despite international pressures to hand over power, Jammeh had on Tuesday, declared a 90-day state of emergency 24 hours to the end of his tenure.

He warned security forces against violating the order or engaging in acts likely to cause a breach of the peace, and denounced “foreign interference in The Gambia’s election.”

The handing over of power is supposed to hold today, Thursday.

West African countries are seeking United Nations backing to intervene militarily to eject Jammeh, who has ruled the country for 22 years.

ECOWAS has mandated Senegal to spearhead military intervention, but only as a last resort and with the backing of the UN Security Council.