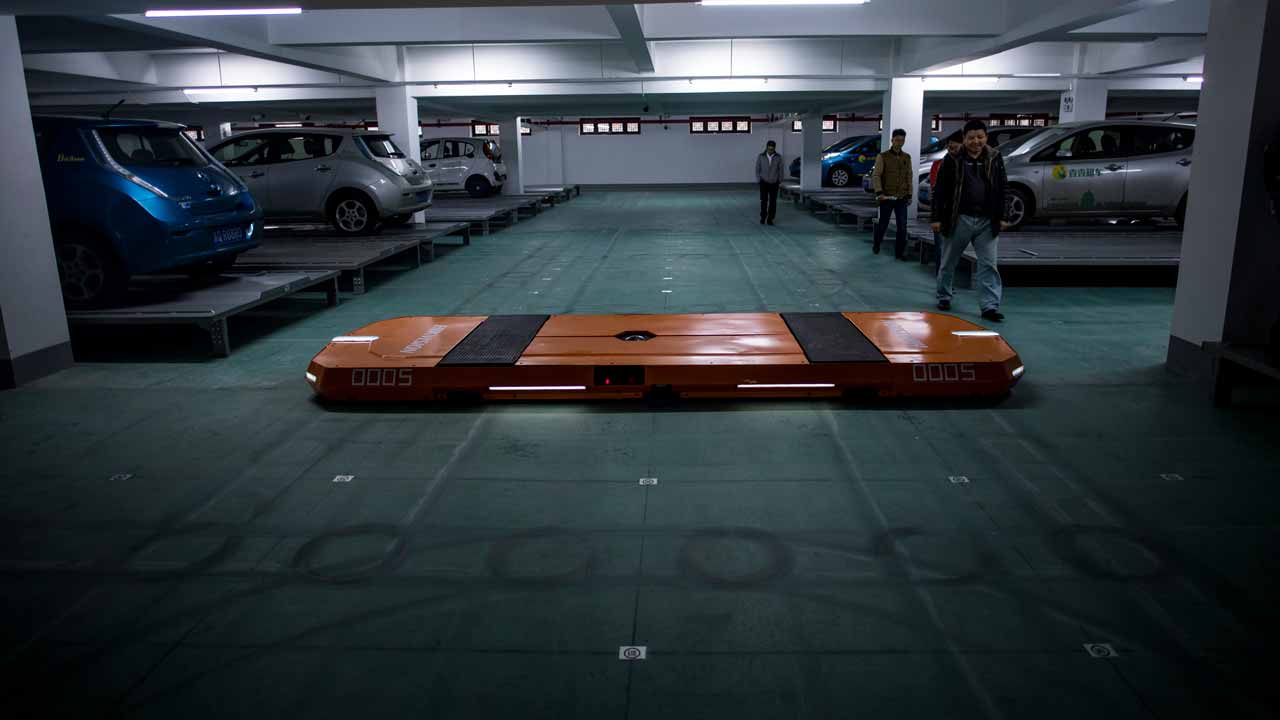 It is one of a number of elegant — and expensive — mechanical solutions China is turning to as it faces an ageing population, which, even in the world’s most populous country, is making workers harder to come by.

With an eye on the rising numbers of cars on Chinese roads, Hikvision has been testing a robotic parking system in Wuzhen, 130 kilometres (80 miles) west of Shanghai.

“The technology and scale of the industry is still at a very early stage,” said Wu Yonghai, the company’s head of robotics.

“This is about finding a solution to the car parking problem.”

Most firms in the sector focus on industrial robots rather than service robots, the kind which might sweep an apartment floor or act as a companion for elderly people.

With China’s labour force shrinking under the impact of the now abandoned one-child policy, the world’s second-largest economy is turning to machines to try to fill the gap.

The working-age population — defined as those from 15 to 59 — fell for the first time in decades in 2012, according to official figures, and has declined ever since. It is expected to carry on falling until at least 2030, and economic growth is also slowing.

China decided to allow couples to have a second child starting last year but the looming labour shortage will take decades to address, if at all.

The country is already the world’s largest market for the mechanical helpers and it will only get bigger, according to the International Federation of Robots, which estimates China will account for 40 percent of the global industrial robot market by 2019.

“The country is facing lots of problems, one of which is a rapid increase in labour costs,” said Wang Hesheng, a professor of robotics at Shanghai Jiaotong University.

“At the entire state level, China takes the robotics strategy very seriously,” he told AFP as half a dozen students tinkered with drones and other devices in a robot laboratory.

The government is investing heavily in robotics research, Wang added, and his students have access to the latest imported robots, including one from leading German robotics firm Kuka.

Chinese appliance giant Midea took over Kuka this year in a deal worth $5 billion, despite protests from German politicians that key technology is being lost to China.

As demand surges, Chinese President Xi Jinping has called on the nation’s robot makers to take a larger chunk of the domestic market, currently dominated by foreign players.

But it will be a long time before robots become part of everyday life, given the cost and technical challenges.