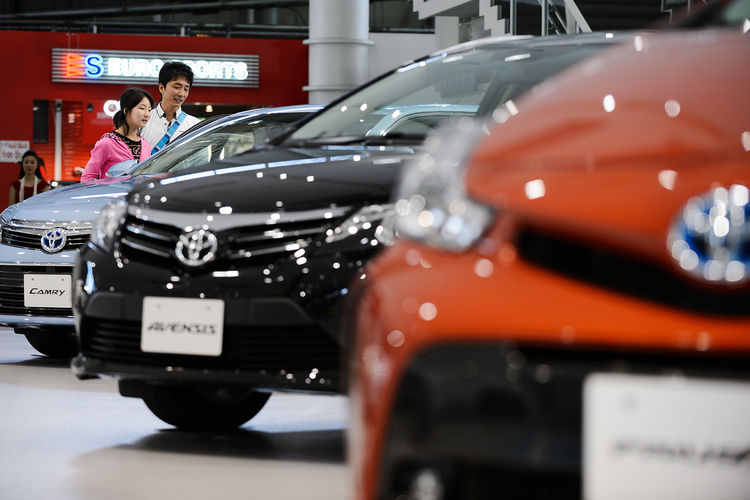 Toyota Motor Corp. plans to spend years designing cars in which humans retain a large measure of control, since the goal of turning all driving decisions over to computers seems too dangerous for now.

The problem, Toyota said Wednesday, is that society has come to accept 39,000 traffic fatalities a year in the U.S., mostly due to human error, but would never tolerate similar carnage involving cars controlled by computers.

Toyota is casting skepticism on the anticipation stoked by Tesla Motors Inc. and technology companies led by Alphabet Inc.’s Google on the imminent arrival of fully autonomous cars.

“None of us in the automobile or IT industries are close to achieving true Level 5 autonomy,” said Gill Pratt, chief executive officer of the Toyota Research Institute, referring to the ability of a car to drive itself without any human intervention.

“It will take many years of machine learning and many more miles than anyone has logged of both simulated and real-world testing to achieve the perfection required,’’ Pratt said in a speech at CES, formerly known as the Consumer Electronics Show, in Las Vegas.

The automaker established the Toyota Research Institute in 2015 with a $1 billion investment aimed at recruiting the top U.S. brains in artificial intelligence, robotics and materials science. Pratt formerly served as the top robotics engineer for the U.S. military.

“It was a surprisingly sober and realistic view of the challenges that autonomous vehicles face,’’ said Mike Dovorany, an analyst at The Carlab, a vehicle development consultancy in Orange, California. “I give them kudos.’’

Tesla said in October it would begin to build each of its vehicles with hardware needed for full self-driving capability. Alphabet spun off its Google car project, renamed it Waymo, and unveiled a fully self-driving Chrysler Pacifica Hybrid minivan last month.

Pratt said that for now, Toyota and most other automakers will focus on what the SAE International, a global engineering society, calls Level 2 autonomy.

At this level, computers have some control over steering, braking and acceleration, with humans remaining in overall command.

The percentage of driving decisions that computers make will grow over time, and by Level 3, the job of humans would be to remain poised to reassert control during an emergency. That’s a difficult task, Pratt said, since their attention will tend to wander during miles of apparently safe operation.

Pratt said he doesn’t know for sure or when, but that Toyota and other automakers may skip directly to so-called Level 4 autonomy. At this level, computers retain control of all driving decisions, but only on roadways specifically designed and approved for this purpose.

The best way for automakers to make money on Level 4 autonomy, Pratt said, may be to sell them to ride-sharing fleets that can control how they’re used.

At CES, Pratt helped introduce a design called Concept-i, a possible future vehicle that would use artificial intelligence to monitor the operator’s emotions and driving decisions, and then try to anticipate their future needs.