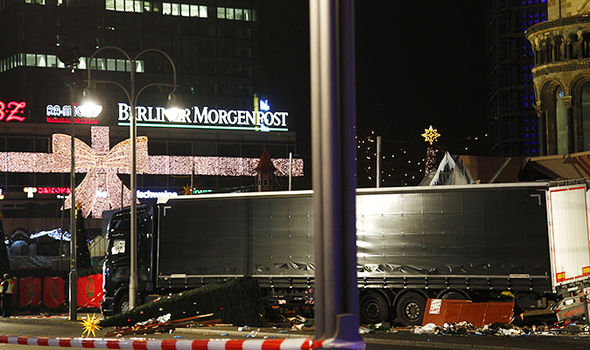 The man suspected of killing 12 people with a truck at a Berlin Christmas market has reportedly been shot dead in Milan. 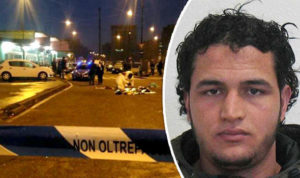 Reuters reported that the 24-year-old suspect, Anis Amri, had been killed in a shootout in a suburb of the city in northern Italy, according to security sources.

Police were called to the Piazza Maggio station area at about 2am on Friday, local media reports. A man now believed to be Amri pulled a gun from his backpack and a shootout with the police followed.

Anis Amri shot a police officer in the shoulder before being gunned down himself at about 2am – he has been identified by his fingerprints, which match those found on the handle of the lorry he hijacked and rampaged through Berlin’s Christmas market.

A Europe-wide search for the Tunisian-born 24-year-old yielded no results initially, but it is now believed Amri has now been killed.

Italian authorities say Amri was stopped during a routine patrol and immediately opened fire on officers, who returned fire.

Amri has previously lived in Italy and spent four years in prison for setting fire to a school.

Danish police said a man matching his description was spotted in the northern city and a massive police operation is underway.

German police raided a mosque in wetsern Germany in the early hours of the morning after Amri was pictured leaving the religious building under cover of darkness.

Amri managed to evade the authorities once again and seemingly made it to Milan.