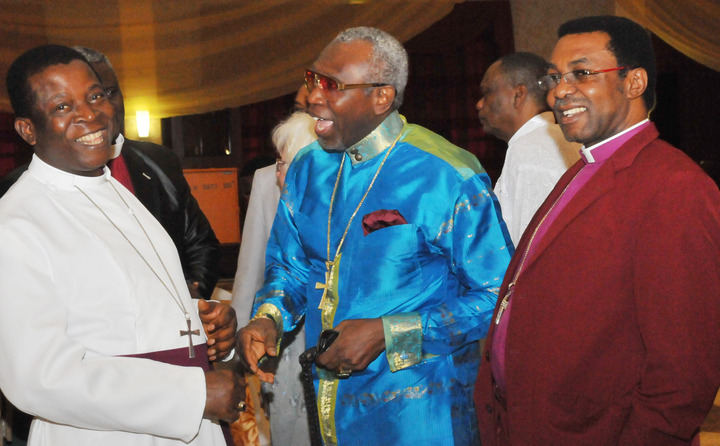 The Christian Association of Nigeria (CAN) FCT Chapter, have called on the National Assembly (NASS) to reject the ongoing attempt to amend the Constitution of the Federal Republic of Nigeria, 1999, by expanding the scope of the powers of the Sharia Court of Appeal to include criminal jurisdiction.

The FCT CAN in a statement issued yesterday under the aegis of Concerned Christians Citizens of Nigeria, urged the Federal House of Representatives to cease from entertaining the Bill tagged “The Constitution of the Federal Republic of Nigeria [Alteration] Bill 2016” sponsored by Hon. Abdullahi Balarabe Salame (APC Sokoto State), seeking for the amendment of sections 262[1], 262[2] and 277[1] and the deletion of section 277[2] of the 1999 Constitution.

“Our demand, therefore, is that the proposed Bill, which is self-serving and divisive, should outrightly be rejected. Any further attempt by the National Assembly to enact the Bill into law would further polarise the Nigerian nation along religious lines. This should be avoided by all means.

“We therefore, urge all Nigerians who have the interest of this country at heart to denounce this Bill for the sake of the unity, peace, progress, and prosperity of our dear country,” CAN demanded.

The concerned Christians noted that the Bill went through first reading and second reading in the House of Representatives without any debate before it was referred to the Ad Hoc Committee on Constitution Review.

They also gave a historical perspective in various attempts to smuggle Sharia law into the overall Nigerian legal jurisdiction with damning consequences for the citizens of other faith, particularly Christianity and traditional religions.

The group recalled that before the Second Republic, some Muslim citizens started the agitation for the full implementation of the Sharia law in Nigeria.

Part of the statement read: “The heated debates in the 1978 Constituent Assembly over the insertion of certain provisions relating to the 1979 Constitution are still fresh in our memories.

“Again, at the 1998 Constituent Assembly, another attempt was made to re-introduce Sharia Criminal Law into the Constitution. The uproar that greeted that attempt led to the then Head of State, General Abdulsalami Abubakar, to direct that the status quo be maintained by retaining the Sharia Personal Law provisions.

“Experience and studies have shown that some of our Muslim brothers have taken cover under the Sharia Personal Law in the Nigerian Constitution to declare their States “Sharia States” with legislations that proscribe and criminalise certain conducts: For instance, on 27th January, 2000 Zamfara State enacted the first Sharia Penal Code in Northern Nigeria.

“Since then, the following States, namely: Bauchi, Jigawa, Kano, Kebbi, Sokoto and Yobe have enacted completely new Penal Codes to replace the 1960 Penal Code applicable in the Northern States; along the same direction, Niger State amended the 1960 Penal Code Law by introducing a new section 68A to bring it in conformity with Sharia Penal Law. Meanwhile, work is ongoing in the preparation of Sharia Penal Code in Gombe, Kaduna and Katsina States.”

That section provides that “The Government of the Federation or of a State shall not adopt any religion as State Religion.”

“As clear as this provision is, some States in Northern Nigeria have flagrantly ignored this Constitutional Provision and have made Islam “State Religion” under the guise that Sharia is a way of life for all Muslims. Although the Christian religion is a way of life for all Christians, the Christian populace in Nigeria has never insisted that Christian Religious Principles be enshrined in the Constitution or in any law in this country.

“Our aversion to this Bill stems from the fact that the current abuse perpetrated against non-Muslims in the face of clear and restrictive provisions of the 1999 Constitution, would exacerbate uncontrollably once the power of the Sharia Court of Appeal is expanded to include criminal matters. Our point here is that allowing the Bill would amount to a clear violation of the provision of section 10 of the 1999 Constitution of the Federal Republic of Nigeria,” the group noted.

In the same vein, CAN said that the bill was a gross violation of their human rights, citing Section 38 of the Constitution of the Federal Republic of Nigeria, 1999 (as amended) guarantees the right of every Nigerian to freedom of thought, conscience and religion.

The group claimed that proposed “Bill seeks to do is to discriminate against non-Muslims because all it does is to protect and provide for the interest of Muslims. Arming the Sharia Court of Appeal with adjudicatory powers in criminal matters, even if it is restricted to Islamic Criminal Jurisprudence, would be a weapon in the hands of overzealous Islamists who without such provision in the Constitution are already unleashing hardship and punishment on non-Muslims in the so-called Sharia States.”

“It is therefore our position that if passed into law, the proposed Bill would be a gross violation of the Fundamental Human Rights of Non-Muslims in Nigeria, particularly, Christians. It has the propensity or power to dehumanise all non-Muslims in many ways in addition to the gross negative effects of the Sharia Civil Law upon lives,” the group warned.

The concerned christians also listed alleged cases of flagrant impunity perpetrated against non-Muslims under the guise of Sharia law in parts of the north including the abduction in August, 2016 and forceful conversion of a 14-year old Christian girl, Habiba Ishaku, into Islam who was then married off to one Jamilu Lawal by the Emir of Katsina despite vehement objection from the father and other interest groups.

They also cited the July killing of the wife of a Pastor, Mrs. Eunice Elisha, by suspected Islamists at Kubwa, FCT, Abuja; and killing of the leader of a Christian Fellowship group, Mr. Nuhu Achi at the Tafawa Balewa University, Bauchi, by suspected Muslim students who claimed that Prophet Mohammed was blasphemed.

The statement stated further: “The killing of Mrs. Bridget Agbahime, a Christian business woman, in Kano on 2nd June, 2016 over allegation of blasphemy and the subsequent arraignment and discharge of the suspected perpetrators of this heinous crime by a Magistrate’s Court in Kano at the instance of the Honourable Attorney-General of Kano State, claiming that there was no case for the suspects to answer.

“The abduction and purported conversion of another 14-year-old girl, Ese Oruru, from Bayelsa State, who was taken to Kano State.”

Examples of other disadvantages suffered by Christians and non-Muslims under Sharia: The unwholesome denial of grant or renewal of rights of occupancy to churches and Christian Religious groups in the core North; sponsoring of only Muslims for pilgrimage for religious rites; and the construction of 90 mosques by the Jigawa State Government.