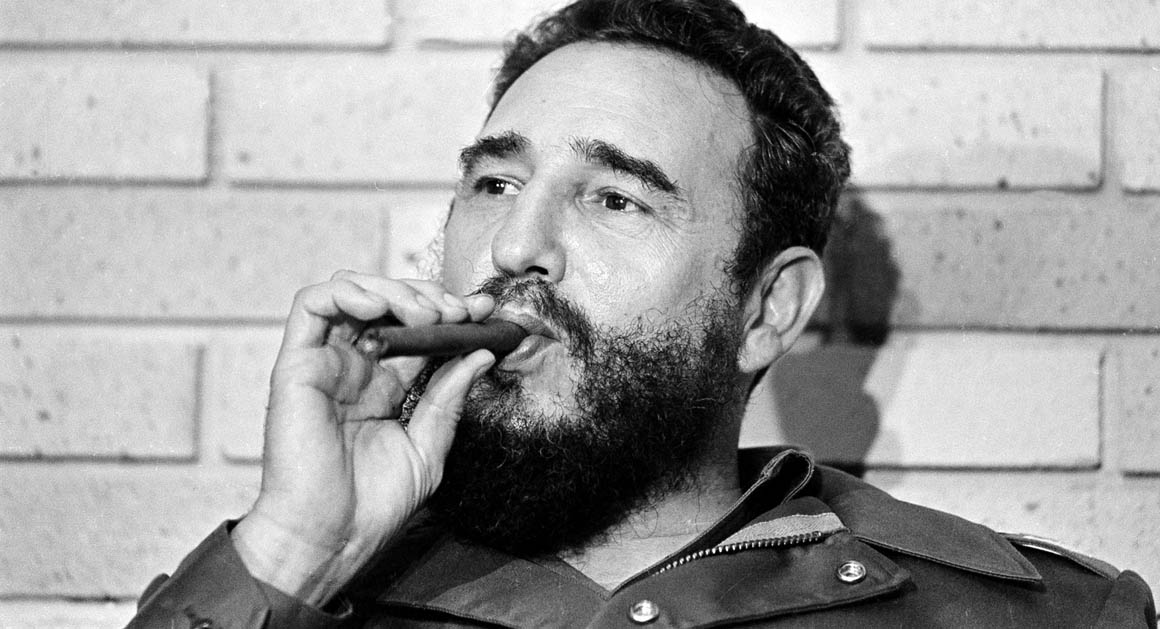 “The commander in chief of the Cuban revolution died at 22:29 hours this evening,” the president announced on national television. Fidel Castro was 90.

Raul Castro, who took power after his older brother Fidel was hospitalised in 2006, said that the revolutionary leader’s remains will be cremated early on Saturday, “in compliance with his expressed will.”

One of the leading world figures in the second half of the 20th century, Fidel Castro had outsized influence given the size of his small Caribbean island. He was said to have survived countless US assassination attempts.

The former Cuban president, who died aged 90 on Friday, said he would never retire from politics.

But emergency intestinal surgery in July 2006 drove him to hand power to Raul Castro, who ended his brother’s antagonistic approach to Washington, shocking the world in December 2014 in announcing a rapprochement with US President Barack Obama.

Famed for his rumpled olive fatigues, straggly beard and the cigars he reluctantly gave up for health reasons, Fidel Castro kept a tight clamp on dissent at home while defining himself abroad with his defiance of Washington.

In the end, he essentially won the political staring game, even if the Cuban people do continue to live in poverty and the once-touted revolution he led has lost its shine.

As he renewed diplomatic ties, Obama acknowledged that decades of US sanctions had failed to bring down the regime — a drive designed to introduce democracy and foster western-style economic reforms — and it was time to try another way to help the Cuban people.

A great survivor and a firebrand, if windy orator, Castro dodged all his enemies could throw at him in nearly half a century in power, including assassination plots, a US-backed invasion bid, and tough US economic sanctions.

Born August 13, 1926 to a prosperous Spanish immigrant landowner and a Cuban mother who was the family housekeeper, young Castro was a quick study and a baseball fanatic who dreamed of a golden future playing in the US big leagues.

But his young man’s dreams evolved not in sports but politics. He went on to form the guerrilla opposition to the US-backed government of Fulgencio Batista, who seized power in a 1952 coup.

That involvement netted the young Fidel Castro two years in jail, and he subsequently went into exile to sow the seeds of a revolt, launched in earnest on December 2, 1956 when he and his band of followers landed in southeastern Cuba on the ship Granma.

Once in undisputed power, Castro, a Jesuit-schooled lawyer, aligned himself with the Soviet Union. And the Cold War Eastern Bloc bankrolled his tropi-communism until the Soviet bloc’s own collapse in 1989.

Fidel Castro held onto power as 11 US presidents took office and each after the other sought to pressure his regime over the decades following his 1959 revolution, which closed a long era of Washington’s dominance over Cuba dating to the 1989 Spanish-American War.

And Castro’s dangerous liaison with the Soviet Union took the world to the nerve-jarring edge of nuclear war in the 1962 Cuban Missile Crisis. It was sparked when Moscow sought to position nuclear-tipped missiles on the island just 144 kilometers (90 miles) off the US state of Florida.

After a tense standoff between the rival superpowers, the world pulled back from the abyss as Moscow agreed to keep the missiles off Cuban soil.

Castro strode the world stage as a communist icon when the Cold War was at its height.

The United States has variously been infuriated, embarrassed and alarmed at Castro’s defiance, and intensely frustrated by his survival in power despite the economic embargo Washington hoped in vain would spark rebellion.

The tempestuous Cuban president himself repeatedly pinned the blame for Cubans’ economic hardship on the embargo. The United States had invaded the island nation before, he reminded his 11 million people constantly, and could do so again at any time.

After a cutoff of Soviet bloc aid in 1989 nearly collapsed the economy, Castro allowed more international tourism and slight economic reform on the Caribbean’s largest island.

But as even China loosened economic reins, Havana backtracked and held tight to the centralized economic model. Instead, a new ally, Hugo Chavez, president of oil-rich Venezuela and also a foe of Washington, began bankrolling Castro’s regime.

Known widely among Cubans as simply “Fidel” or “El Comandante,” Castro broke off diplomatic ties with the United States in 1961 and expropriated US companies’ assets totaling more than one billion dollars.

In April 1961 he weathered an invasion attempt by some 1,300 CIA-trained Cuban exiles at the Bay of Pigs.

But the island suffered from an exodus of people and capital abroad, mainly to Florida where a large anti-Castro movement thrived.

In 1948, he married Mirta Diaz-Balart, who gave birth to their first son, Fidelito. The couple later divorced.

He met Celia Sanchez, said to have been his main life partner, in 1957 and remained with her until her death in 1980.

In the 1980s, Castro reportedly married Dalia Soto del Valle, with whom he had five children: Angel, Antonio, Alejandro, Alexis and Alex.
After stepping aside in 2006, Fidel Castro recovered slowly from surgery and kept rallying on the sidelines to push his Revolution into the 21st century. It made it, in decidedly rough shape.

President Raul Castro, the former defense chief who is now (born June 3, 1931) himself, in the past few years kept dissent largely in check and economic reform limited, with the island’s economy in very dire straits.