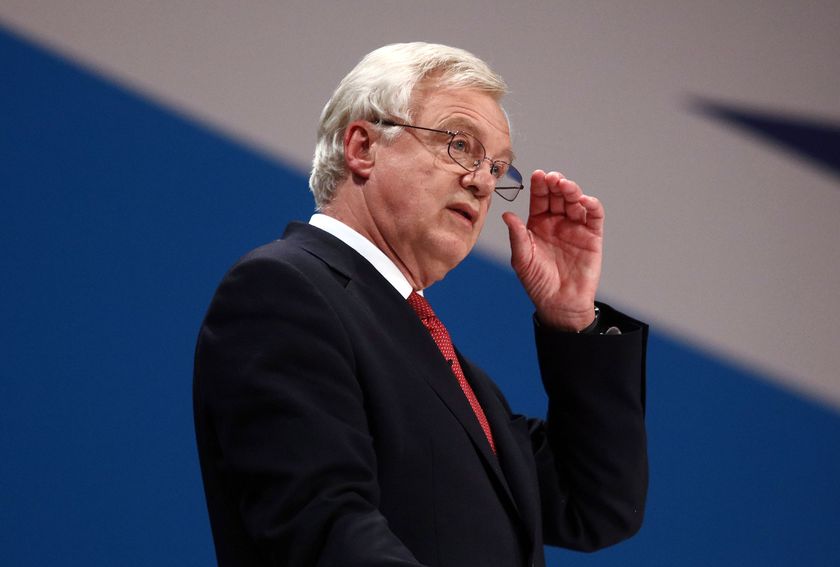 European Union policy makers intensified their criticism of Prime Minister Theresa May’s plans to leave the bloc, saying that the U.K. appeared clueless about the implications of Brexit.

The pound sank to an intraday low after Slovak Prime Minister Robert Fico said it’s not clear that the U.K. knows what it wants and European lawmaker Manfred Weber demanded May’s government produce “clear proposals” as it prepares to trigger Brexit negotiations by the end of March. Weber made the comments after meeting U.K. Brexit Secretary David Davis on Tuesday.

“In my meeting with David Davis I unfortunately received no new insight into how the British government pictures Brexit,” Weber, an ally of German Chancellor Angela Merkel who leads the EU parliament’s Christian Democrats, told reporters in Strasbourg, France. “There is no idea what Brexit really means.”

The comments highlight frustration in continental Europe with May’s efforts to follow through on the results of a June referendum in which 52 percent of British voters opted for the unprecedented step of quitting the EU. The vote was called by May’s predecessor, David Cameron, who had campaigned for Britain to remain in the bloc that the country joined 43 years ago.

Davis signaled at the Strasbourg meeting that the U.K. wants to retain access to the European single market, according to Weber, who repeated the stance of the rest of the 28-nation bloc that such a privilege requires accepting the EU’s tenet on the free movement of people.

“The economic dimension is clear for Great Britain,” Weber said. “They have a strong interest to keep a kind of a relationship to the single market.”

“The government’s position hasn’t changed on this,” May’s spokesman, Greg Swift, told reporters in London following Weber’s briefing. “We are very clear that what we want is a trading relationship that allows U.K. companies to trade with and within the single market and lets European businesses do the same.”

Guy Verhofstadt, the European Parliament’s representative on Brexit matters who also met with Davis, reiterated the necessary link between access to the single market and the free movement of people while also saying that there was common ground on the timing of the U.K.’s departure.

“We agreed on the need that this process needs to start as early as possible and needs to finish, in any case, before the next European elections” in mid-2019, Verhofstadt told reporters. He also cautioned that the window for negotiations could be as short as 14 or 15 months, which will make the talks “very intense.”

In Slovakia, Fico, whose country holds the EU’s rotating presidency, repeated that member states won’t make concessions on the four freedoms ensuring the free movement of labor, goods, services and capital inside the trading bloc.

“I’m not sure whether the U.K. knows what it wants,” Fico said during a conference in the capital Bratislava Tuesday. “The split will be painful, but should it be we who suffer? The biggest loss for the EU would be if the U.K. comes out from the negotiations a winner.”