Investors appeared to be showing preference for low-priced equities, otherwise known as penny stocks, as continuing decline in share prices at the stock market brings several growth stocks around the 100 kobo mark.

Trading reports by the Nigerian Stock Exchange (NSE) showed that low-priced stocks have dominated activities charts in recent period, in what market analysts regarded as a shift of emphasis from liquidity to potential for higher dividend yield and capital appreciation.

In the immediate past week, three stocks, which trade around N1 were the most active. The trio of Sterling Bank PLC, FCMB Group PLC and Transnational Corporation of Nigeria accounted for 250.205 million shares worth N237.138 million in 3,654 deals, representing 28.6 per cent of the total equity turnover volume. Total turnover at the NSE last week stood at 873.838 million shares worth N8.024 billion in 15,944 deals.

In the previous week, the trio of FBN Holdings Plc, Access Bank PLC and FCMB Group PLC also accounted for 226.665 million shares worth N757.967 million in 1,879 deals, representing 33.4 per cent of the total equity turnover volume for the week.

According to him, with the low share prices of several stocks, there is potential for good dividend yields by the end of this year notwithstanding the depressed bottom-line due to the tough operating environment.

FBN Holdings Plc, the holding company for First Bank of Nigeria and its previous subsidiaries, had grown its total balance sheet to N5.1 trillion by the third quarter of this year as the financial conglomerate pooled gross earnings of N417.3 billion within nine months.

Key extracts of the nine-month report showed that FBN Holdings retained its leading position as the largest bank in Nigeria, in terms of balance sheet position. Total assets rose to N5.1 trillion by September 2016, representing 21.6 per cent growth on N4.2 billion recorded at the beginning of this year. Customer deposits rose by 10.9 per cent to N3.3 trillion as against N2.97 trillion recorded by the year ended December 31, last year. Net customer loans and advances closed September 2016 at N2.2 trillion, an increase of 22.2 per cent on N1.8 trillion recorded at the beginning of the year.

Also, Sterling Bank Plc rode on the back of increasingly better operating and credit management efficiency to build up the quality and profitability of its core banking business in the third quarter.

Key extracts of the interim report and accounts of Sterling Bank for the nine-month period ended September 30, this year showed considerable improvements in key underlying fundamentals of the bank as it continues to grow its main focus of retail banking. 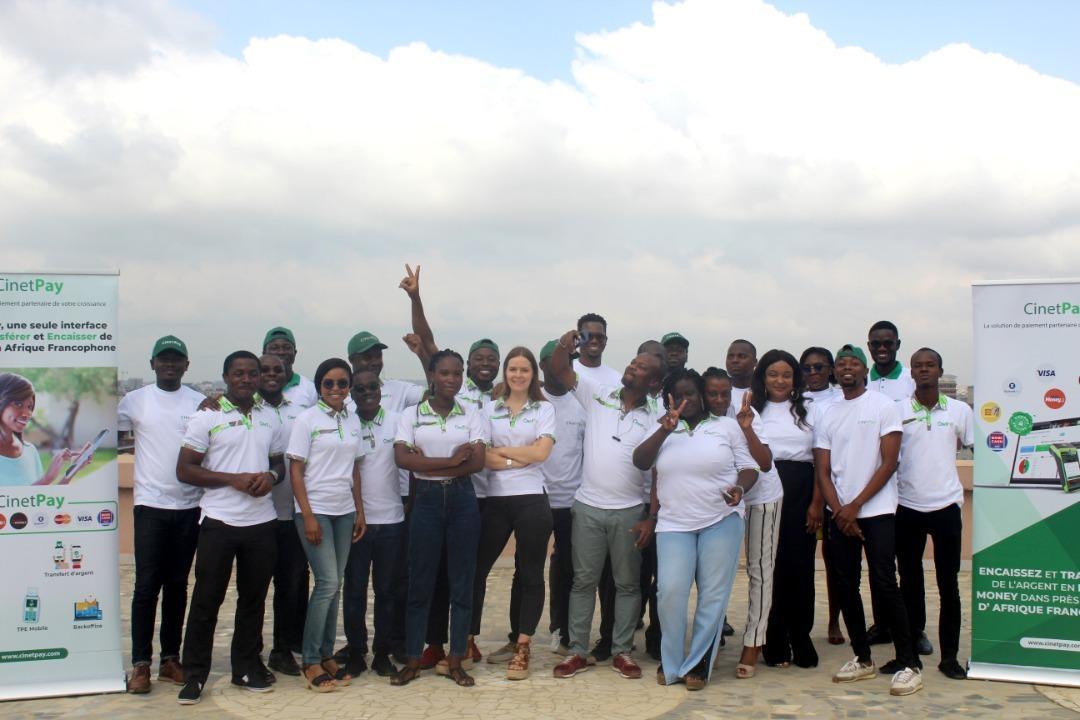 CinetPay, a digital finance platform that enables merchants in Francophone Africa to seamlessly accept and make payments, has announced a $2.4 million seed fundraising round from 4DX Ventures and Flutterwave. The investment will boost CinetPay’s sales and marketing efforts across nine markets in West and Central Africa.

Since its 2016 launch in Côte d’Ivoire, CinetPay has processed over 30 million transactions for 350 active merchants in nine countries, including Côte d’Ivoire, Senegal, Cameroon, Mali, Togo, Burkina Faso, Benin and Guinea. CinetPay’s platform provides a single interface for businesses to process over 130 different payment operators, from mobile money to credit and debit cards and e-wallets, eliminating the need for merchants to spend months integrating with different systems in order to manage sales and revenues.

Used by a broad range of businesses from e-commerce platforms to digital public services, insurance companies and schools, CinetPay simplifies the process of accepting payments online or via mobile Point of Sale (PoS) devices with best in class security protocols.

By bringing Flutterwave onboard, CinetPay is building on a successful commercial partnership that has evolved since 2019, and this investment follows Flutterwave’s recent acquisition of Disha and marks the unicorn’s first direct investment in the region.

“For a first institutional investment, we couldn’t have asked for two better partners in 4DX Ventures and Flutterwave,” said Idriss Marcial Monthe, CEO & Co-Founder of CinetPay. “We’ve watched firsthand as thousands of merchants waste crucial time, even up to 6 months, getting their payment systems in order. Now we’ve got the resources to market and sell our optimal solution across the region and we’re excited to ensure that all businesses in our region never miss a sale again. We have selected highly strategic partners as investors and are excited about the immediate next steps we take together in terms of simplifying and improving digital payments in Francophone Africa.”

The rapid growth in a wide range of digital payments channels across the continent over the last decade has led to a disaggregated market. Two-thirds of global mobile money transactions are driven by users in sub-Saharan Africa, with 562 million registered accounts by the end of 2020, while the number of e-commerce users on the continent is expected to double from 281 million in 2020 to 520 million by 2025. This trend continues with public institutions as well, with more bodies now offering digital public services, such as payments for ID cards, Visas and COVID tests, and school fees, which are often paid digitally. With such a multiplicity of payments required across different verticals from a growing number of sources, CinetPay is fast building its presence in the region.

“We’ve been tracking the Francophone Africa market for some time now, and have been impressed by Cinetpay’s ambitious goal to digitize payments across the region,” said Walter Baddoo, Co-Founder and General Partner at 4DX Ventures. “The company has demonstrated deep product knowledge with a differentiated offering and a strong brand with customers. We look forward to partnering with the Cinetpay team alongside our long-time portfolio company, Flutterwave, to help usher in the next phase of digital payments across the Francophone region.”

“We’re building the payments infrastructure for Africa, making it easier for businesses to grow and expand their customer base on the continent and worldwide,” said Olugbenga Agboola, Founder and CEO at Flutterwave. “Having collaborated with the Cinetpay team for a number of years now, our shared vision to simplify payments on the continent further strengthens our commitments to working towards creating endless possibilities and experiences for all our customers. Cinetpay is well positioned for the next chapter of growth and we’re excited to work with the team to help scale the business to achieve maximum impact and value for its customers.”

Available on desktop and mobile, CinetPay is quick to set up and designed with a modular approach that integrates within a merchant website and accepts Mastercard, Visa and all major local mobile money in 9 markets from MPESA to MTN mobile money and Orange Money.

The National Pension Commission has released a new report on pension fund assets, which has shown that investment in Local Money Market Securities had more pension fund assets invested in banks than in papers through Open Market Operations, as well as fixed deposits of banks in the third quarter of 2021.

The report from the NPC also showed that the total invested fund placed with banks as a percentage of the total pension fund assets sat at 17.10 percent, which translates to N2.22 trillion in September, rising from 13.15 percent or N1.66 trillion in June 2020.

The report also addressed corporate debt securities, stating that the amount invested in the space went up by 1.82 percent to N0.97 trillion in Q3 from the N0.95 trillion which it had recorded in Q2.

All funds invested in real estate properties as a section of the total pension fund assets went down to 1.18 percent (or N153.4 billion) from 1.24 percent (or 156.88 billion) in the period which was under review.

Cowry Research analysts discovered that the increased investment by the Pesnion Fund Administrators (PFA) in bank placements was mainly to take advantage of the relatively high yields in the short term without gaining much exposure to the risk that is inherent in the money market.

The Cowry analysts stated that the increased activities of pension managers in the equities market throughout Q3 2021 was on the platform of an improvement in the performance of corporate organizations as the Nigerian economy continues its recovery from the COVID-19 pandemic.