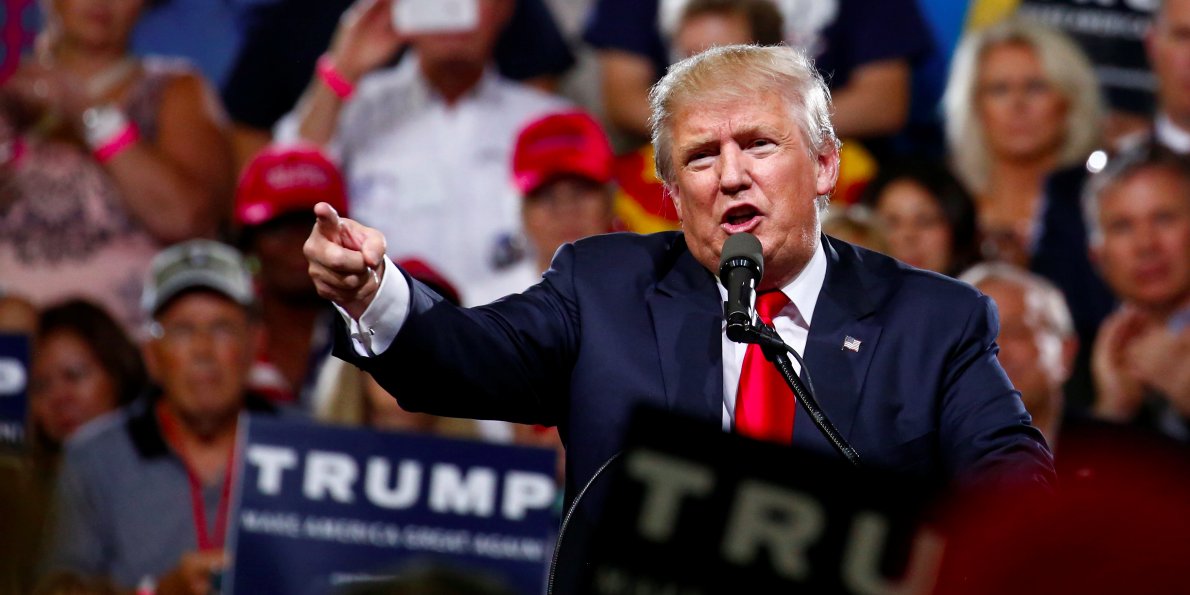 When Donald Trump predicted on Monday that U.S. voters would deliver “Brexit plus, plus, plus” by handing him the presidency, financial markets dismissed the comment as another example of the Republican candidate’s trademark hyperbole.

Now they’re not so sure.

As stocks, bonds and currencies reeled on Wednesday in Asia amid vote tallies showing a path to victory for Trump, memories of the Brexit-induced market turmoil in June loomed large. After rallying over the past two days on bets for a Hillary Clinton presidency, Mexico’s peso plunged to a record and U.S. stock-index futures sank by the 5 percent limit.

“Markets have a real whiff of fear about them,” said Ray Attrill, the global head of foreign exchange at National Australia Bank Ltd. in Sydney. “The U.K. referendum is too fresh for markets to suspend their disbelief about the prospect of a Trump victory.”

With Trump projected to win key battleground states including Florida and North Carolina, indicating a much closer contest than expected, markets responded with some of their most violent reactions since Britain’s shock vote to leave the European Union. Traders across the world were glued to their screens, driving up volumes in Asia as prices moved with every new vote count.

“It does look like Trump was a little prescient to say this could be Brexit times whatever multiple he wants to throw on there,” said Brian Jacobsen, the chief portfolio strategist at Wells Fargo Funds Management LLC, which oversees $242 billion. “The polls completely got it wrong so far.”

The Mexican peso, which tends to weaken as Trump’s prospects improve, sank 11 percent against the dollar at 1:35 p.m. in Hong Kong while the MSCI Asia Pacific Index of shares dropped 2.4 percent and oil sank 2.9 percent. U.S. Treasuries, the yen and gold all soared.

“This election is much closer than anyone expected,” said Bret Barker, head of U.S. fixed-income at TCW Group Inc., which manages $185 billion. “Once the baton is passed to politics, this is a prime example of how volatile markets can be.”

Some investors had prepared for the worst. Data from volatility markets suggests they spent liberally on hedging instruments, with outstanding futures on the CBOE Volatility Index climbing steadily since June.

“If you’re a trader, you hedged your bets,” Quincy Krosby, a market strategist at Prudential Financial Inc. in Newark, New Jersey, said by phone. “You didn’t go into this expecting a clean sweep for Democrats.”

Nader Naeimi, who runs a dynamic investment fund for AMP Capital Investors Ltd. in Sydney, had anticipated a Clinton win, betting on weaker yen and gains in global bank shares. But he also hedged those positions with options that shield about 70 percent of his equity holdings from declines.
“Now I’m glad we bought portfolio protection,” said Naeimi, whose firm oversees about $119 billion.

Gains or losses in the S&P 500 Index in the first 24 hours after presidential elections have predicted the market’s direction 12 months later less than half the time, according to data compiled by Bloomberg. While almost $4 trillion was erased from global shares in the knee-jerk reaction to Brexit, equity markets recovered within a month.

Optimists can take heart from falling odds on a Federal Reserve interest-rate increase in December. The market-implied chance of a hike has plunged to about 50 percent, data compiled by Bloomberg show.

“We have to look past the short-term volatility,” Bittles said. “After the election, investors will be focusing on the Fed and what they’re going to do in December.”