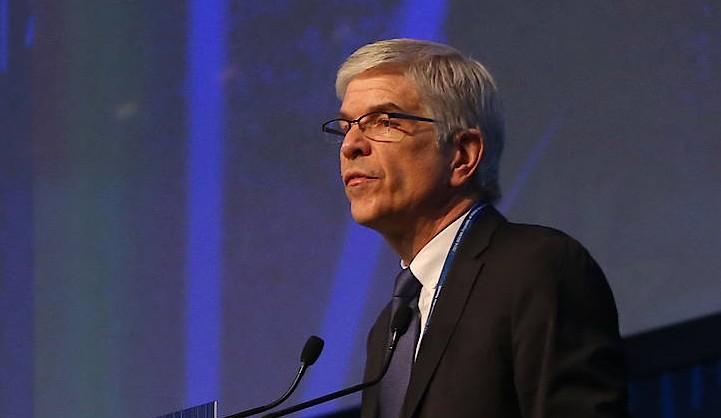 World Bank Chief Economist Paul Romer buttress Yellen Janet hot economy model. Explaining that running economy above Federal Reserves’ current inflation and unemployment target will improve it more rapidly without offsetting policies. This, unconventional concept, maybe the new way of thinking and even aid Fed’s decision in holding off rate hike till first quarter of 2017, when they are more certain the economy can sustain current progress in the labour market and the services sector. Read his interview below.

“If we could be running it much closer to full capacity, all of the shortages, bottlenecks and constraints” would surface, Romer said in an interview Thursday in Washington. That would allow policy makers to zero in on the next steps for raising the economy’s potential to grow, he said. “If you artificially stress the system, you actually improve it more rapidly.”

Romer’s comments, which he said are derived from manufacturing improvement theories of management guru William Edwards Deming, are resonant of another top policy maker — Federal Reserve Chair Janet Yellen. Last month, she said there were “plausible ways” that “temporarily running a high-pressure economy” could benefit growth in the long run.

Allowing unemployment and inflation to exceed a central bank’s targets without offsetting policies is known as running an economy “hot” among economists. When Yellen’s ideas were mentioned in the interview, Romer said, “exactly.”

It’s an unconventional idea, but that’s not unusual for Romer, 60. Before he was appointed the bank’s chief economist in July he was an economics professor at the business school at New York University. He’s one of the world’s leading experts on why economies grow and a maverick who has criticized his own profession for relying too heavily on models and theories. His work also wanders beyond mainstream economics to theories about the benefits of the rural-to-urban shift and cities as incubators of innovation.

The mix of sluggish output, slow inflation and low interest rates has put central banks around the world in a precarious position. With policy rates still around zero, there is little room to cut in the next recession. Fed officials left the benchmark lending rate unchanged in a range of 0.25 percent to 0.5 percent Wednesday, where it has been since December. Data released Friday showing payrolls increased by 161,000 and the unemployment rate fell to 4.9 percent in October, reinforcing the case for the Fed to hike rates next month.

“Everybody has been surprised at this persistent phenomenon of incredibly low interest rates and low growth, and low productivity growth,” Romer said. “Prolonged slack in the economy is really hurting things not only in the sense that we got wasted resources but we are not improving productivity.”

Other advanced economies are stuck in a similar rut, and their policy responses have also left their central banks vulnerable. The Bank of England’s bank rate is 0.25 percent; the European Central Bank’s benchmark rate is zero and its deposit rate is minus 0.4 percent; the Bank of Japan’s policy rate is minus 0.1 percent and it is purchasing 10-year government bonds to keep their yields around zero.

Gains in total factor productivity — a measure of how the mix of organizational structure, labor and capital are working together — enrich nations and allow companies to boost pay without raising prices.

In the U.S., it’s growing slowly or not at all: The average pace was just 0.29 percent in the past 12 quarters, according to the San Francisco Fed. By comparison, TFP rose 2 percent over the 12 quarters starting in 1996, following the introduction of Windows 95, which revolutionized home computing.

There is little monetary policy can do to directly impact productivity, except perhaps keep inflation low and stable. Yellen said last month at a Boston Fed conference that running the economy hot could, however, help set conditions that would boost investment, improve labor mobility, and perhaps spark research and development spending and more start-up activity.

Economists are puzzled about the causes of the productivity slowdown, which could be numerous. It “represents a decline in the secular rate of technical progress for reasons we don’t understand, and we don’t understand how persistent it is going to be,” said former Fed Governor Laurence Meyer in an interview.

Romer said governments need to be “more open minded about what we can do.” One recommendation: Open up more urban land for development. “You will get more construction, more infrastructure,” he said.

As far as business investment goes, the chief economist said it is easy to see the biggest obstacle to private sector confidence right now, only days before Americans pick a new president: political uncertainty.