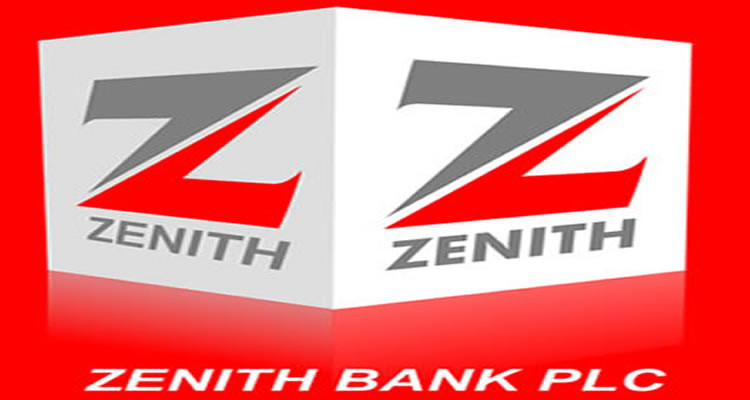 Zenith Bank Plc has posted N100bn profit after tax for the nine months ended September 30, 2016, which represents a growth of 20.4 per cent compared to N83bn recorded for the same period in 2015.

The bank ended the period with a profit before tax of N121.2bn, showing an increase of 16.6 per cent above the N104bn posted in the corresponding period of 2015.

The financial institution, in a statement on Monday, said despite the macroeconomic headwinds,   it attracted more deposits and also gave out more loans and advances. Depots rose from N2.557tn to N2.692tn, while loans and advances grew from N1.841tn to N2.425tn.

Market operators, according to the bank, had commended the performance, adding that with this, shareholders of Zenith Bank should prepare for a bountiful harvest at the end of year.

Already, the bank had paid an interim dividend of 25 kobo to the shareholders for the half year ended June 30, 2016.

Reacting to the results, analysts at FBN Quest said  given the nine month profit before tax of N121bn, the N123bn made by the management for the full year would be surpassed.

The analysts said, “On the back of these results, we will expect consensus PBT for 2016 to move up strongly, from N123bn currently, given that the nine months  result is N121bn. The operating expenses and interest expense figures are disappointing and will draw some scrutiny from the market.

“However, we expect the fx-related gains to more than compensate for these, given their magnitude and the fact that it was the absence of such gains in the second quarter (especially on the non-interest income line) that led to a muted negative reaction by the market.”

Assessing the third quarter performance, FBN Quest said the  PBT of N58bn  grew 82 per cent while PAT grew much faster, by 151 per cent  to N83bn, owing to a significant result on the other comprehensive income line (boosted by foreign exchange translation gains).

They added, “The main driver behind the strong growth in the PBT was non-interest income of N61bn, which increased by 125 per cent. This performance compares with a 29 per cent growth in net interest income. As a result, although both loan loss provisions and operating expenditure saw marked increases of 202 per cent and 40 per cent,  respectively, the strong revenue growth more than offset these trends, leading to the 82 per cent PBT growth.