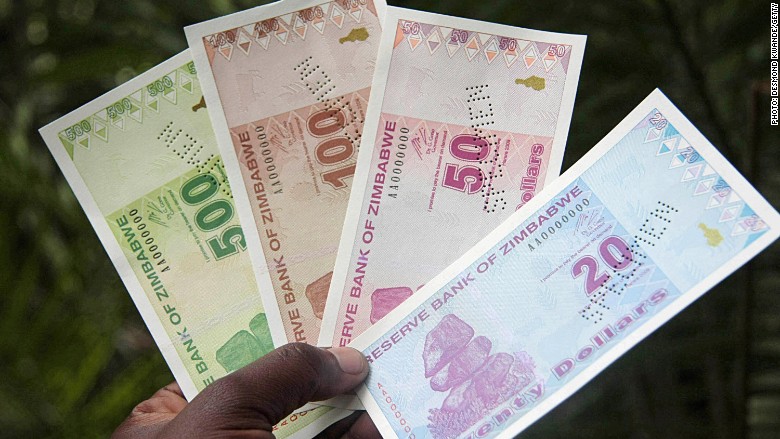 Zimbabwe seems to be in a mess as a German company, Giesecke and Devrient, refused to print the country’s controversial new currency.

The action of the company has forced President Robert Mugabe’s government to delay the introduction of the new currency amid worsening cash shortages.

The Reserve Bank of Zimbabwe (RBZ) announced in May that it will introduce bond notes that will be at par with the United States dollar to address liquidity challenges.

RBZ governor John Mangudya, who initially announced that the notes would be in circulation by October, said a German company had been given the printing contract, Africa Review said on Friday.

The launch of the ‘surrogate currency’ was moved to next month and on Friday a leading business newspaper in Zimbabwe revealed that the delays were caused by Giesecke and Devrient’s refusal to print the notes.

Giesecke and Devrient printed the Zimbabwe dollar until the country abandoned the currency in 2009 after it was ravaged by 500 billion percent inflation.

The German embassy in Harare confirmed that the company had refused to print the new currency.

“According to the information that we have from the said company, it will not print bond notes for the Zimbabwe of Zimbabwe. Other that, I cannot say more,” the Zimbabwe Independent quoted an unnamed German embassy official saying.

Officials refused to comment on the issue, but indications point to the fact the notes would be printed outside.

The new currency would be introduced next month and would be backed by a $200 million African Export Bank facility.

Zimbabweans fear the introduction of bond notes will see President Mugabe’s government resorting to printing more money in order to extricate itself from a serious cash squeeze and in the process bring back inflation.

Cash shortage in the country has been described as excruciating.

The flow of currency had been difficult.