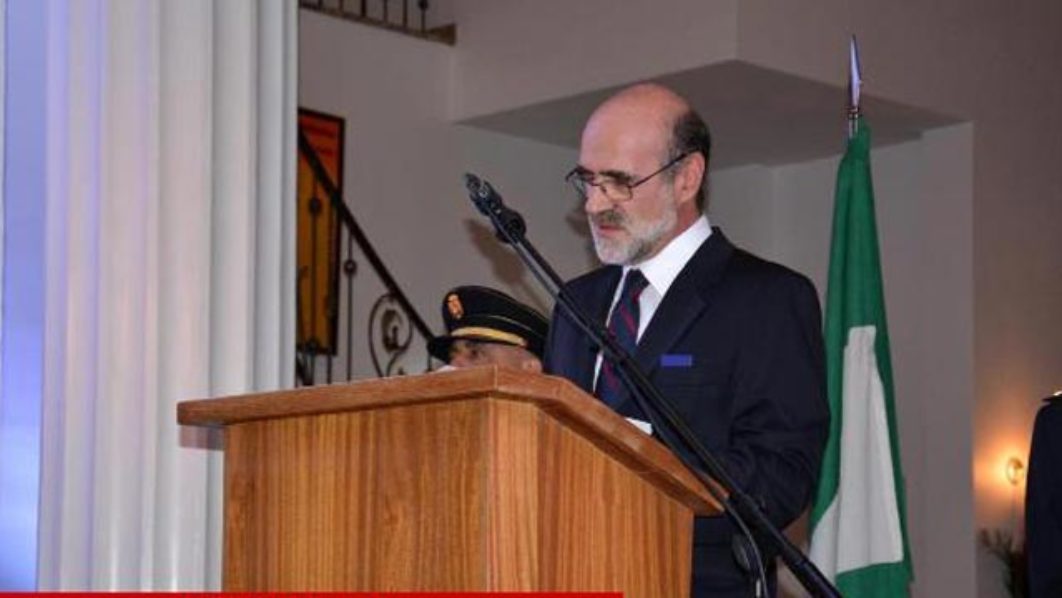 The Government of Spain has revealed plans aimed at setting up Spanish manufacturing companies among other businesses in Nigeria, which is targeted at exploring economic potential and build business relations Nigeria.

This is even as an official trade delegation has scheduled a visit to Nigeria in May 2017.The delegation having discussions with government agencies and familiarizing itself with the business environment in Abuja between May 8 and 9, and meeting with private sector operators in Lagos on May 10, 2017 before leaving for their home country.

Spanish Ambassador to Nigeria, Alfonso Barnuevo Sebastian De Erico, on Wednesday, dropped this hint, when he paid a courtesy visit to the Minister of Budget and National Planning, Senator Udoma Udo Udoma, in Abuja.

According to an official statement released by the Media Adviser to the minister, Akpandem James, and made available to journalists, the move is part of government efforts to attract foreign investment into the country to boost the economy.

De Erico said it was time the two countries looked into the future to find more ways of being mutually beneficial to each other, particularly now that the country has a government that is sold to good governance principles.

“We appreciate the effort of Nigeria in the area of transparency and fighting corruption. We appreciate also its economic policies; and these will take the country forward. We are very supportive of Nigeria and its policies”, he added.

The Ambassador said Spain has been investing in Europe over time and now needs to move its focus to Africa, with Nigeria as a preferred destination because of the country’s huge market potentials. “That is why we are bringing in Spanish companies to know the country and also explore investment opportunities available”, he explained.

He said though the number of Spanish companies already doing business in Nigeria is increasing, the planned trip is very special as the focus would be on some very specific areas, including Construction, Energy and Environment and Water and Sanitation.

De Erico told the minister that he would appreciate the full involvement of the Ministry of Budget and National Planning and other relevant Federal Government agencies in facilitating the realization of the planned visit as it has enormous potentials of enhancing trade relations and economic growth between the two countries.

The ambassador stressed that Nigeria and Spain have enjoyed long lasting political and economic relations, adding that the time has come to deepen the relationship with further investments in some sectors of the Nigerian economy.

Udoma, while acknowledging the contributions of Spain to Nigeria’s economy over the years, particularly in the oil and gas sector, said the Nigerian government is excited about the planned visit and assured it will be fully involved in ensuring its success.

“On the visit of Spanish companies to Nigeria, this is something that we will welcome. It is something we have been looking forward to; something that we are encouraging. We believe you have a lot to offer us and the Spanish companies will find Nigeria a convenient place to do business. We are improving our ease of doing business template and making sure that anybody who wants to do business in Nigeria has a much easier time.

“We are improving on our Visa system, to make it faster to get Visa. We are giving extra support to our Export Processing Zones in terms of infrastructure, to upgrade them so that they will be suitable and convenient places for companies in Spain that would want to go into manufacturing in Nigeria,” he stated.

He pledged the readiness of the Ministry not only to support the proposal of bringing in the companies to Nigeria but to liaise with the Ministry of Industry, Trade and Investment, the Nigeria Investments Promotion Council (NIPC) and other relevant agencies of government to facilitate the project.

The Minister told the Spanish envoy that Nigeria is very interested in expanding its agricultural potentials, solid mineral exploitation and infrastructure development, particularly in the area of roads, rail and power. Concerning infrastructure, he informed that Nigeria is exploring the option of partnership with the private sector to speed up the realization of a massive infrastructure upgrade within the shortest possible time.