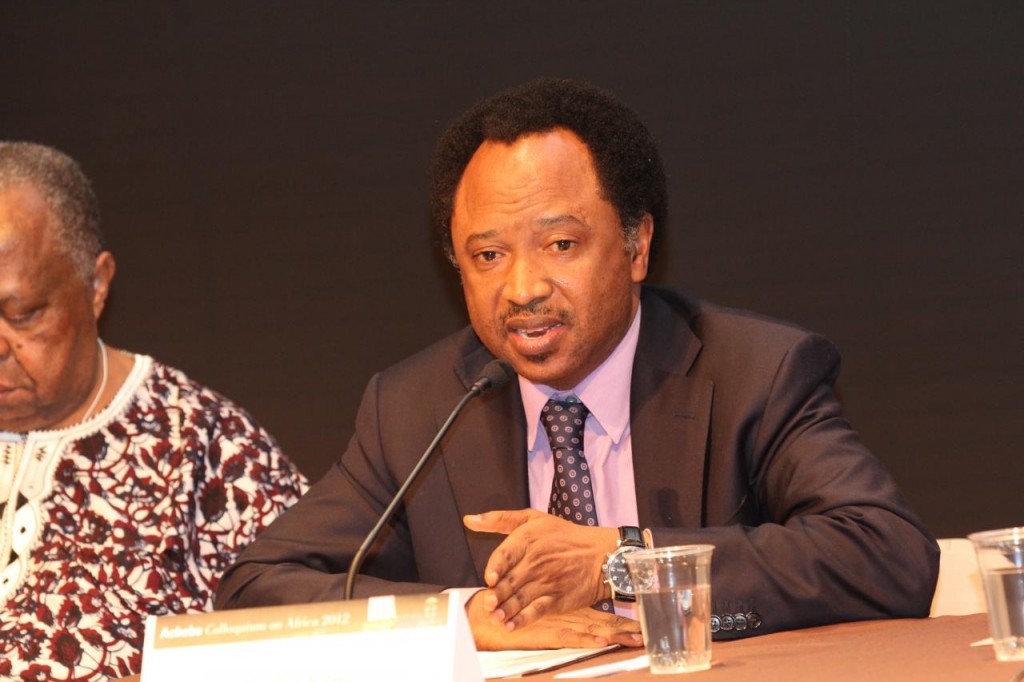 A key player in the negotiation that led to Thursday’s release of 21 of the Chibok schoolgirls spoke yesterday on the effort that went into the deal.

Vocal civil liberty activist,Senator Shehu Sani drafted the master plan for the negotiation and facilitated the involvement of Switzerland in the talks as well as the Internantional Red Cross in transporting the girls to safety.

He told The Nation yesterday that with the confidence built on both sides,it might not be long before the remaining girls joined their families.

His words: “I believe that this government has achieved what has never been achieved and there I have the confidence that the other girls will also be released through the same process that was taken for these ones to be released.

“ The confidence has been built on both sides and the parties have agreed to do more. I can tell you that there was no prisoner swap. There was none.”

“This master plan started from 2014 but it was followed through with the effort of the person who negotiated ,who happened to be Mustapha Zanna, a lawyer in Maiduguri. I was the one who brought Mustapha Zanna in with Switzerland and the RCRC.

“So this effort ,this success , could be said to be the joint effort of Mustapha Zanna,Switzerland RCRC and the Department of State Security (DSS).

“But I was the one who drafted the master plan for this. The reason for bringing Swiss into it was because we needed to have a different country that would offer guarantee to both the insurgents and the government because previous talks crashed because there was lack of trust between the government and the insurgents.

“But now, we needed a country that would offer guarantee to both sides. Switzerland offered to assist after I had encountered fellows from some of the countries which we had contacted. “Swiss offered to facilitate the negotiation and I linked them up to the negotiator and the master plan was for the government and the insurgents to negotiate.

Continuing,Sani said: “The agreement was reached through Mustapha Zanna and the Swiss offering the guarantee. RCRC was not part of the negotiation team. All they did was to ensure the implementation of the rescue of the girls.

“This is why you see some accusations and counter accusations between the government and the RCRC.”

Asked how he was involved in the 2014 process when he wasn’t sure that his party (All Progressives Congress) would form the government, Sani replied: ” I was the one who took (former President Olusegun) Obasanjo to Maiduguri to go and work out the possibility of ending the insurgency.

“It is simply my patriotic zeal to contribute to ending the insurgency. The last government was not as committed as this government as you could see many of them turn the issue of the insurgency into a big business. But this is a new government that kept its own promise of addressing this very problem.”

On how the girls should be handled now that they are out of captivity,the snator said: “These girls need a lot of psychological rehabilitation for the trauma which they have passed through for all this period of time.

“If you live with the insurgents, you need to b rehabilitated to lead a normal life again. They have been filled with different ideas, so we need to detoxify their minds for the very fact that they felt abandoned; some of them have been brainwashed and indoctrinated. This is why we need to de-worm them. It is very necessary.

“We should all help the parents of these girls to be able to cater for their daughters because at the end of the day, no matter what we do to these girls, they will still need to go back to their homes.

“ It will not be unwise for every state of the federation to at least name one street in honour of these girls so that next generation will not forget the names of these girls who have fallen victim of insurgents.”