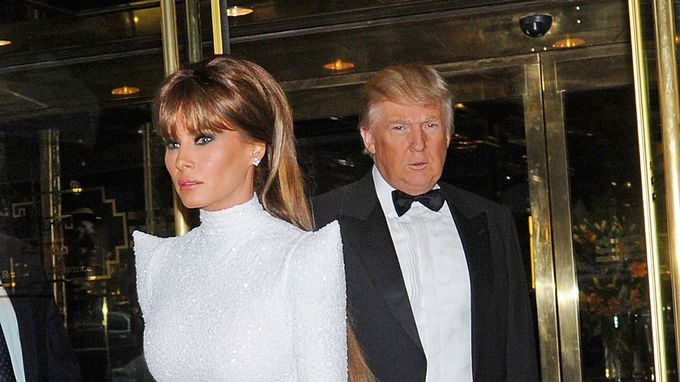 Melania Trump threatened People Magazine and a former staff reporter with legal action late Thursday over “false and completely fictionalised” statements in the writer’s account of Donald Trump forcing himself on her during a 2005 interview.

The Republican presidential candidate’s wife denied that she encountered or conversed with writer Natasha Stoynoff in New York, tweeting a letter from her lawyer demanding a “prominent retraction and apology” of certain statements in the article, and threatening that Melania would otherwise “consider her legal options.”

“The true facts are these: Mrs Trump did not encounter Ms Stoynoff on the street, nor have any conversation with her,” lawyer Charles Harder wrote. “The two are not friends and were never friends or even friendly.”

His law firm requested that People and Stoynoff confirm within 24 hours that the demands were being met, saying “failure to do so will require Mrs Trump to consider her legal options.”

The letter did not dispute Stoynoff’s allegations that Donald Trump forcibly kissed her during an interview for an article to mark his wedding anniversary with his then-pregnant third wife Melania in 2005.

“I turned around, and within seconds he was pushing me against the wall and forcing his tongue down my throat,” Stoynoff wrote, an account the Republican White House hopeful vehemently denied.

“These vicious claims about me of inappropriate conduct with women are totally and absolutely false,” he told a rally in West Palm Beach Thursday.

At least six women have accused the New York mogul of making unwanted physical advances in accounts reported by The New York Times, NBC, People Magazine and others, most of them after he asserted during Sunday’s presidential debate with his democratic rival Hillary Clinton that he had never sexually assaulted a woman.

He said his lawyers were preparing a lawsuit against The New York Times — which published the accounts of two women who accused him of groping and kissing them — unless the paper retracts its article.

In her People story, Stoynoff said she asked to be taken off the “Trump beat,” but later ran into the real estate magnate’s wife in New York.

“That winter, I actually bumped into Melania on Fifth Avenue, in front of Trump Tower as she walked into the building, carrying baby Barron,” Stoynoff said. “‘Natasha, why don’t we see you anymore?’ (Melania Trump) asked, giving me a hug. I was quiet and smiled, telling her I’d missed her, and I squeezed little Barron’s foot.”

The potential first lady’s lawyer Charles Harder also represented former wrestler Hulk Hogan in his successful lawsuit against Gawker Media, which resulted in a $140 million jury award against the entertainment website for releasing a sex tape featuring Hogan and a friend’s wife.