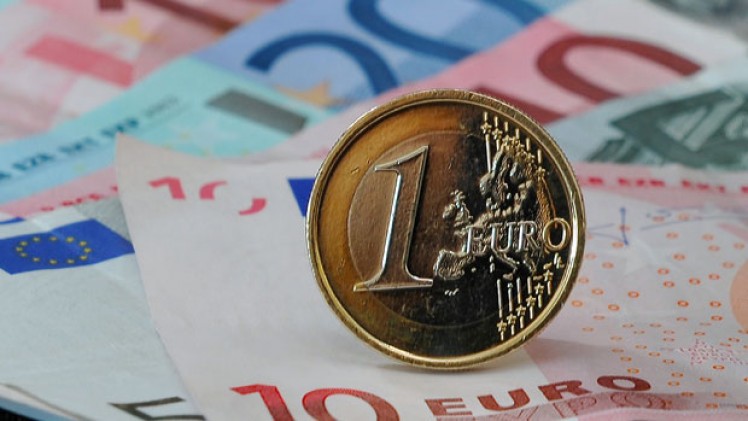 The US macro data showed remarkable improvement last week, with economic activity in the services sector rising as high as 57.1 in September, the highest in almost a year. While unemployment claims improved by 5,000 to 249,000 — the lowest since April, and 83 consecutive weeks that unemployment benefits will be below 300,000.

Although, labor market added fewer jobs (156,000) than expected in September, the economy continued to grow on so many levels. For instance, the drop in jobs created in the private sector in September was because the US economy is nearing full employment, hence, job growth is expected to slow. Two, the increase in Trade deficit is also as a result of the surge in imports of capital goods and record purchases of services, fees to broadcast the Olympic Games from oversea, which outweigh exports. This should normalize now that the Olympic Games has ended and the manufacturing sector (51.5) has picked up. Likewise, the increase in the unemployment rate to 5 percent from 4.9 percent recorded in August was due to surge in participation rate.

Again, average hourly earnings rose 0.2 percent to 2.6 percent on a yearly basis, indicating that employers are hesitant to fire workers amid a tightening labor market. These are the reasons I think the Friday dip in the US dollar against all the major currencies is temporary, and I expect the greenback to rebound this week as investors digest the data.

In the UK, the pound plunged to 1.1991 against the US dollar on Friday, after the Prime Minister Theresa May comments on the needs for the U.K. to trigger article 50 of the Lisbon Treaty as soon as March 2017, and shun request from financial institutions to consider them in the Brexit agreement as they claimed Brexit could cost banks about £40 billion in revenue and wipe-off as much as 70,000 jobs from the U.K. with about £10 billion in tax revenue.

While, the U.K. business sentiment is presently on the downside, the construction sector (52.3) rebounded in September as companies return to growth, and activities in the manufacturing sector (55.4) and non-manufacturing sector (52.6) picked up, but industrial output (0.2%) expanded below 0.4 percent predicted. Yet, the highest increase since Brexit. Again, the drop in the Pound is expected to further boost exports and tourist patronage while prices of imported goods will surge (bolstering inflation).

However, if Prime Minister Theresa May failed to curb her approach to Brexit, and the European leaders, Angela Merkel and Francois Hollande, continued to insist on no special access to European single market, things could worsen henceforth as European businesses in the UK scramble for safety by moving overseas to cut costs and sustain profitability in the advent of an increase in taxes.

In Japan, the yen halted its 8-day decline against the US dollar on Friday, following a 3.3 percent drop in its value since September 28. Even though, the manufacturing sector expanded 50.4, an increase of 0.1 above preceding month, it is uncertain if the Bank of Japan (BOJ) effort to boost its manufacturing sector and pressure consumer prices by steepen its yield curve has started materializing. Nevertheless, the increase in the odds of the Fed raising rates in December is aiding BOJ monetary stance, however, the BOJ needs to expand its stimulus to sustain the current decline.

Next week, investors will look to deduce Wednesday’s minutes of the Federal Reserve’s September policy meeting and retail sales for possible clues on the next interest rate hike. This week, the EURUSD, AUDUSD and last week NZDUSD top my list.

The US dollar plunged on Friday against the Euro-single currency, following weaker than expected nonfarm payrolls report. While the job report was below expectation, the US economy continued to recover and create more jobs. For the past seven weeks, this pair has failed to break and sustain 1.1233 resistance. Also, considering Euro-area uncertainties post-Brexit and the dollar renewed strength as the odds of the Federal Reserve raising rates in December increase, this pair will likely drop further this week.

Technically, since the dark cloud cover pattern was formed 7-weeks ago below the ascending channel started since November 2015. This pair has confirmed its bearish stance, but the surge in global risks and uncertainty has impacted the volume of trade as investors are risk averse. This week, as long as price remains below 1.1233 I am bearish on EURUSD with 1.1019 as the first target. A sustained break should open up 1.0821 support as the second target.

Even though, Australia’s consumer spending surged 0.4 percent in August and building approvals was better than expected. The Aussie dollar declined against the US dollar, indicating that the market is gradually favouring lower Aussie dollar ahead of the Fed rate decision. Likewise, the Reserve Bank of Australia has repeatedly said higher foreign exchange rate will damp its current progress – especially its low inflation.

This week, as long as price remains below 0.7673 resistance, I am bearish on this pair with 0.7505 as the first target and 0.7379 as the second target. Click August 22-26 weekly outlook for a more detail explanation on the Aussie dollar.

This week, I remain bearish on this pair as explained last week here.

While, I will be standing aside on EURAUD this week, after gaining 131 pips before it retreated. This is to assess the Euro-area economic outlook going forward.

Dollar to Naira exchange rate at the official foreign exchange section and the black market rate as of today December 9, 2021.

Naira opened the day at N413.71 to a United States Dollar on Thursday at the official forex market, the Investors and Exporters Forex Window managed by the FMDQ Group.

That was better than the N415.06 it closed against the U.S Dollar on Wednesday. Investors transacted N225.99 million during the trading hours of Wednesday.

While the Naira traded at N444 to a US Dollar at the forex spot market and N453.15 at the forex forward market.

The Naira remained pressured at the parallel market, popularly known as the black market. The Nigerian Naira was sold at N567 and bought at N562 to a United States Dollar on Thursday, December 9th, 2021, according to various bureau de change sources.

Activity at the black market has been blamed for Nigeria’s unstable forex market and multiple exchange rates. The Central Bank of Nigeria does not authorise black market transactions.

The Central Bank of Nigeria (CBN) official exchange rates as of yesterday are shown below.