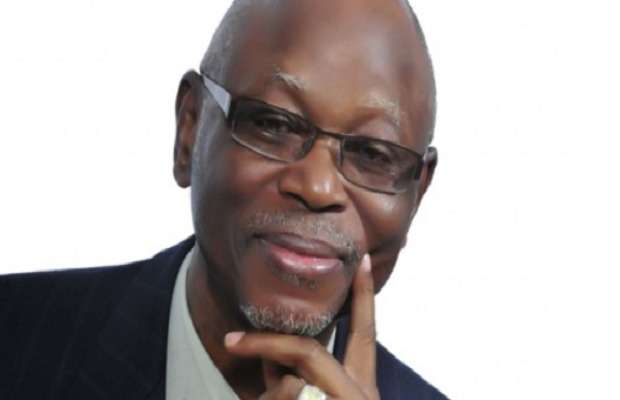 The crisis in the ruling All Progressives Congress (APC) which blew open two weeks ago when its National Leader, Bola Ahmed Tinubu pointedly accused the party’s National Chairman, John Oyegun of corruption and manipulation of the Ondo State governorship primary election, and called for his resignation, is far from abating.

Yesterday, Oyegun hit back at Tinubu, describing his allegations of corruption levelled against him as “personally insulting, reckless and baseless.”

The national chairman who opened up on details of what transpired during and after the crisis-ridden primary said Tinubu’s allegations are false and reckless.

Oyegun regretted that the ripples from the controversy over the primaries have unfortunately dragged the party’s image to the mud.

In a statement he issued and personally signed yesterday, Oyegun gave a blow by blow account of the election processes and how the party’s leadership arrived at the verdict to uphold the candidacy of Rotimi Akeredolu.

He dismissed all the accusation levelled against him by Tinubu that he over-ruled the party’s NWC on the primary as a “figment of the imagination of those who fabricated them”.

“There was absolutely no meeting which I chaired that voted in the manner alleged. Clearly, the report on which the media office of Tinubu acted was a figment of someone’s wild imagination.”

While explaining the role of the party in the controversial primary, Oyegun said that there was no truth in the allegation that 150 valid delegates were excised to make room for an equal number of impostors.

He said that the approved delegates list was compiled in strict compliance with the party’s constitution, adding that only qualified delegates were included in the list.

On the allegation that he overruled the NWC’s vote, Oyegun said that there was no record of such interference according to the minutes of the 18th emergency meeting of the APC NWC held from Monday 19th September 2016 to Thursday 22nd September.

He said that what happened was that a member of the NWC drew the attention of the meeting to its previous decision in which the report of the Primary Election Committee was adopted while the Appeal Committee was set aside.

He said it was at that stage that he agreed with the NWC member and ruled that the previous decision of the NWC be upheld.

“The media office of Tinubu in its statement alleged that I used a prayer interlude which I initiated to secretly excuse myself from the NWC meeting to submit the name of Mr. Rotimi Akeredolu, SAN, to the Independent National Electoral Commission (INEC) as the candidate of the Party.

“The allegation is high fiction and an insult to the intelligence and sensibility of the respected NWC members present at the meeting. We do not and have never engaged in prayer interludes/sessions outside the usual opening and closing prayers. The prayer that is being referred to must be the closing prayer for the meeting,” he declared.

Oyegun responded furiously to the allegation of bribery and corruption, describing Tinubu’s claim as reckless and baseless.

Oyegun said: “This reckless and baseless corruption allegation levelled against me is unfortunate and an insult to my person and my hard-earned reputation which I have strongly maintained. Nobody has the kind of money that can buy my conscience or make me do injury to an innocent man.

“In all the primaries conducted under my watch as National Chairman, I have strived to ensure a free, fair, transparent and credible process. The 2016 Ondo State APC Governorship Primary Election was not an exception. There must be internal democracy in the Party and our constitution must be respected by all.

“The Party’s NWC decision to reject the 2016 Ondo State APC Governorship Primary Election Appeal Committee Report was taken on Tuesday, September 20, 2016 in executive session after careful and exhaustive deliberations. The minutes and rejection were confirmed by the NWC on Thursday, September 22, 2016.

“The NWC in its four-point resolution faulted the failure of the Appeal Committee to invite the National Secretariat as the custodian, to authenticate or otherwise the source of the disputed delegates list. Also, the Appeal Committee did not invite the Chairman or members of the Ondo State Governorship Primary Election Committee to clarify issues relating to the allegation of manipulation of the accreditation process.

“The Appeal Committee rather relied totally on unsubstantiated evidence(s) in the petitions it received to recommend the nullification of the Primary. This is against the principle of natural justice and fair hearing.

“The actual total number of votes cast was 2,754, as clearly recorded in the Primary Election Committee’s report. The issue of fresh primaries did not arise as NWC had already rejected the Appeal Committee’s report in view of the stated flaws and upheld the election.”

In a related development, Ekiti State Governor, Ayodele Fayose yesterday condemned what he called “conspiracy” against Tinubu in the APC, saying; “humiliation of Tinubu is as good as humiliation of the Yoruba race.”

The governor said: “Even though, I am not a member of APC and I will never be, I have elected to stand in defence of the Yoruba nation once again by saying no to the continuous dishonourable treatment being meted to Asiwaju Bola Tinubu, having paid his dues.”

“If Tinubu is allowed to be embarrassed and disgraced just the way our past leaders were humiliated by these same elements, the Yoruba nation would have been made to suffer for uprightness.”

The governor condemned the Tuesday, sponsored protest against the APC leader at the party’s national secretariat, saying, “it is unfortunate that Tinubu is now being vilified in a party he invested heavily in and his fellow kinsmen that he brought up politically are part of this conspiracy.

“In their desperation, they have even tried to set him against the Vice President, Prof Yemi Osinbajo, by insinuating that he tried to prevent his (Osinbajo) emergence as Buhari’s running mate. This is sad!

“When other tribes protect their own, it is becoming historically common among the Yorubas to allow themselves to be used against their leaders just for momentary political gains at the expense of the collective interests of the Yoruba nation.

“It should be noted that late Chief Obafemi Awolowo was sent to jail by the conspiracy and collaboration of some Yorubas with the external aggressors.”

“Tinubu is a prominent stakeholder; we should not sit back and watch while those he used his own sweat to make conspired with others to humiliate him. Most importantly, it is my position that irrespective of political affiliation, no leader of the Yoruba nation must be vilified unduly, especially by the same people who humiliated our past leaders like Obafemi Awolowo, Adekunle Ajasin, Bola Ige, Bisi Onabanjo, Lateef Jakande and others.

“To me, Asiwaju Bola Tinubu should not be seen just as an APC leader, but acknowledged as a major stakeholder in the Yoruba nation that we must all protect beyond politics.

”It should be recalled that these were among the issues that I raised when I visited Governor Rauf Aregbesola of Osun State few months ago on the need to work together beyond party affiliations.

“Here in Yorubaland, it is said that if a household is at peace, it is because the bastard child of the family is yet to attain the age of maturity and those people that Asiwaju Tinubu made, but are now being used against him should watch it.

“I therefore condemn this conspiracy against Asiwaju Tinubu and I admonish those that are hoping to make political benefits from it to have a rethink.”