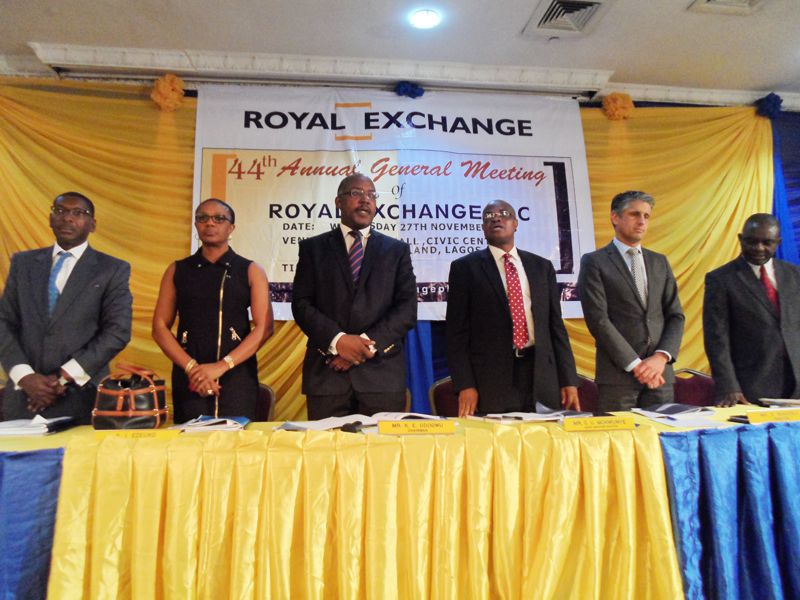 He said the result showed an increase of 14 per cent from the company’s performance last year noting the company recorded N9.43 billion gross premium in 2014.

According to him, the firm’s net claims rose N3.04 billion, as against N2.43 billion recorded in 2014, while underwriting expenses decreased by four per cent from N2.74 billion in 2014 to N2.64 billion last year.

Also, management expenses stood at N3.27 billion as against N3.09 billion in the previous year, adding that an increase in reserve of N1.2 billion was made by the group for the insurance and investment liabilities of the the life subsidiary within the period under review.

A shareholder of the company, Gbenga Idowu, commending the company’s result for the period under review, congratulated the board for a job well done and for enabling the subsidiaries to make profits.

He also commended the firm for looking into the future through investment in information technology that would help drive its operations.
Another shareholder Chief T .O Adegboyega urged the firm to intensify efforts in growing its investment income.

He Lauded the board for controlling its expenses and called on the management to pay attention to directors allowances and the consultancy fees.

Nona Awo, also a shareholder, lauded the firm for its donations and urged the management to consider merging the life and non life firms to improve profitability.