Crude oil prices on Tuesday surged about four per cent after the United States inventory data showed a drop in stocks to nearly a two-decade low as crude imports into the US Gulf Coast slid last week due to Tropical Storm Hermine.

This is coming as the Secretary General of the Organisation of Petroleum Exporting Countries (OPEC), Mr. Mohammed Barkindo, will today in Paris, France, meet the oil ministers of Saudi Arabia and Algeria as part of the renewed efforts to secure a global agreement to cut crude oil production to ensure the recovery of prices.

US crude stocks dropped 14.5 million barrels last week to 511.4 million barrels, the biggest weekly drop in stockpiles since January 1999, according to the US Energy Information Administration.

Brent crude oil neared $50 a barrel for the first time in two weeks.

A source at OPEC confirmed the meeting as part of a push for an output deal with producers battered by a glut-induced halving of oil prices over the past two years.

“There is a strong move towards a deal between OPEC and non-OPEC members to at least freeze production,” an OPEC source told Reuters.

“It seems we are going in this direction. But if we are going to freeze, we have to use secondary sources to gauge production levels. We can’t allow each country to use a different method,” the source said.

“Iran must agree to be in line with other producers and use secondary sources.”

Tehran has said that it supports any measures to stabilise the market. However, it has stopped short of indicating whether it would join a global deal before its production reaches 4 million barrels per day, the level it was pumping before the imposition of Western sanctions in 2012.

The sanctions ended in January this year.

Iran has been the main factor preventing an output deal between OPEC and non-OPEC Russia as Tehran has said it should be excluded from any such agreement before its production recovers.

Iran has said it is producing slightly more than 3.8 million bpd. It signalled on Tuesday it was prepared to work with Saudi Arabia and Russia to prop up prices, although Tehran has begun to bargain with OPEC on possible exemptions from any output cap.

The OPEC source said major oil producers were trying to convince Tehran to come onboard, adding that there was an initial understanding that only Libya could be offered an exemption.

“Now there is a push to smooth things out and solve any problem,” the OPEC source said, adding there had been no agreement yet on any level at which to freeze production.

“This will be discussed in Algeria,” the source said.

Algeria is hosting meetings of the International Energy Forum and OPEC on September 26-28.

OPEC and Russia are expected to revive talks for a global deal on production in Algeria.

90% of Imported Products Not Verified – SON 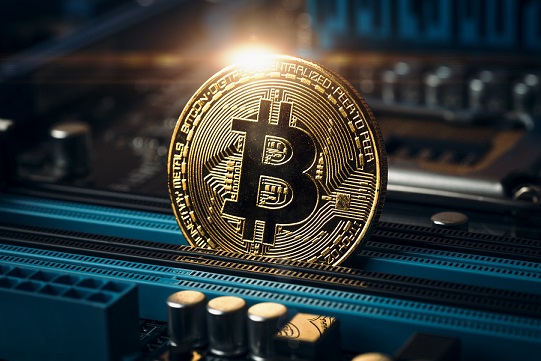 Stock markets have fallen heavily in June so it seems only fitting that they’re ending the month with big losses as reality continues to bite.

There’s no getting away from recession chat and while the heads of the Fed, ECB and BoE didn’t exactly fuel that during their panel discussion on Wednesday, they didn’t do anything to dispel it either. They all know that there’s a strong likelihood of recession this year or next and investors are increasingly accepting that fate as well.

There’s been a plethora of economic data from across Europe this morning, mostly tier two and three, and it was a bit of a mixed bag. The labour market figures, for example, remain strong with the anomaly being Germany but this was heavily distorted by the integration of Ukrainian refugees into the labour market. Underlying numbers remain in good shape even if across the bloc, employment growth is expected to slow.

It’s impossible to ignore the fact that households are being squeezed and we’re seeing that appear in the data, particularly in the UK which will probably fall into recession later this year. But it is unlikely to be alone in that which is why bear-market rallies are proving to be so short-lived.

US inflation boost but spending slips

US inflation data was unusually encouraging ahead of the open. Perhaps that’s getting a little carried away but it didn’t deliver another crushing below so maybe this feeling is actually relief rather than joy. The core reading was a little better than expected at 0.3%, in line with April, while the headline also fell a little short of expectations at 0.6%.

The income and spending data were arguably less encouraging. Earnings rose 0.5% as expected, a slight acceleration from April, while spending rose only 0.2%, a big drop from 0.9% a month earlier and half the forecast. Another sign of the squeeze taking a toll on households? The US economy is among the best positioned to fend off a recession but it’s not completely immune to the cost-of-living crisis. It may be catching up.

Oil prices are modestly lower on Thursday, further paring recent gains following yesterday’s reversal. As expected, OPEC+ stuck to its planned 648,000 barrel increase in August and refrained from any decision beyond then which could add an element of uncertainty to future targets, particularly given recent reports that even Saudi Arabia and UAE are running near capacity.

The global economic uncertainty doesn’t make planning ahead any easier, either. The prospect of a recession has created more two-way price action in recent weeks, preventing any unsustainable surges in the price of crude as China reopened and the OPEC+ deficit increased. ​

Gold has been trending lower over the last couple of weeks but remains in its early summer range between $1,800 and $1,870. It’s really struggled for direction over the last couple of months despite the volatility in the broader financial markets. It has been like a deer in the headlights, unable to process and respond to the wicked combination of higher inflation, faster monetary tightening and recession fears.

It received a boost from the slightly softer PCE reading from the US, a rare bit of good news when it comes to inflation data. It’s not exactly a massive win, especially when paired with weak spending but it could be worse. Yields fell a little after the data, enabling gold to get back into positive territory for a while.

Bitcoin has been hanging on in there around $20,000 but its resilience may finally be crumbling under pressure, with the cryptocurrency sliding more than 5% today to trade at around $19,000. This could be really bad news for the crypto space and may even trigger much more severe declines in the coming weeks.

The forced liquidation of Three Arrows Capital may have contributed to the latest decline as traders are left to wonder what other leveraged firms will follow in its footsteps. The fear alone could deliver another hammer blow to crypto valuations before the dust settles.

Brent crude oil, against which Nigerian oil is priced, appreciated to $120 a barrel as of 3:20 pm Nigerian time on Wednesday. Representing an increase of $12 from $108 a barrel traded a week ago.

The increase in prices was a result of sanctions imposed on about 1/5 of global supply by western nations. Russia, one of the world’s largest crude oil producers, was sanctioned for waging war against Ukraine, and eventually, disrupting the global economy.

“Given that almost 1/5 of global oil producing capacity today is under some form of sanctions (Iran, Venezuela, Russia), we believed there is no practical way to keep these barrels out of a market that was already exceptionally tight,” JP Morgan said in a research note.

This concern over global supply outweighed worries about a weaker global economy ahead of the projected economic recession in developed nations, especially with developed economies raising interest rates to curb escalating inflation numbers.

“Investors made position adjustments, but remained bullish on expectations that Saudi Arabia and the United Arab Emirates would not be able to raise output significantly to meet recovering demand, driven by a pick-up in jet fuels,” said Hiroyuki Kikukawa, general manager of research at Nissan Securities.

Oil prices rallied for a third day on Tuesday as major producers Saudi Arabia and the United Arab Emirates looked unlikely to be able to boost output significantly, while political unrest in Libya and Ecuador added to supply concerns.

The UAE and Saudi Arabia have been seen as the only two countries in the Organization of the Petroleum Exporting Countries (OPEC) with spare capacity available to make up for lost Russian supply and weak output from other member nations.

“A seam of tight supply news bolstered the market. Two major producers, Saudi Arabia and the UAE, are said to be at, or very close to, near‑term capacity limits,” Commonwealth Bank commodities analyst Tobin Gorey said in a note.

UAE Energy Minister Suhail al-Mazrouei said on Monday UAE was producing near maximum capacity based on its quota of 3.168 million barrels per day (bpd) under the agreement with OPEC and its allies, together called OPEC+.

His comments confirmed remarks by French President Emmanuel Macron who told U.S. President Joe Biden on the sidelines of the Group of Seven nations meeting that the UAE was producing at maximum capacity and that Saudi Arabia could increase output by only 150,000 bpd, well below its nameplate spare capacity of around 2 million bpd.

Libya’s National Oil Corp said on Monday it might have to declare force majeure in the Gulf of Sirte area within the next three days unless production and shipping resume at oil terminals there.

Ecuador’s Energy Ministry said the country could suspend oil output completely within the next two days amid anti-government protests. The former OPEC country was pumping around 520,000 barrels per day before the protests.

Those factors underscore shortages in the market, which have led to a rebound this week, countering recession jitters that weighed on prices over the previous two weeks.

But analysts from Haitong Futures said market sentiment remains fragile with people waiting for clearer guidance for the next move and geopolitical factors in focus.

Leaders of the G7 are discussing a potential price cap on Russian oil that would hit President Vladimir Putin’s war chest while also lowering energy prices.

A French presidential official also called on global powers to explore all options to alleviate a Russian squeeze on energy supplies that has spiked prices, including talks with producing nations like Iran and Venezuela.