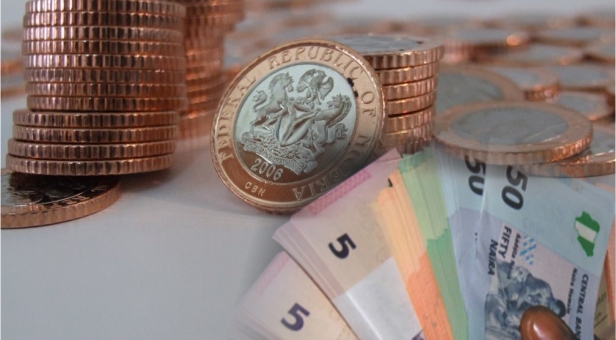 The naira plunged to 418 against the dollar at the parallel market on Tuesday as scarcity of foreign exchange continued to weigh on the official interbank and black market.

The local currency, which closed at 414 against the greenback on Monday, traded at 415 in Lagos, 417 in Abuja and 418 in Kano, foreign exchange dealers said.

Foreign exchange analysts believe the lingering scarcity of forex has been exacerbated by the banning of eight commercial banks from the forex market by the Central Bank of Nigeria.

The United Bank for Africa Plc, one of the nine lenders, was later re-admitted after it remitted its share of the funds to the TSA.

A day after the CBN banned the nine banks from the forex market, the local currency depreciated to 402/dollar, down from 397 it closed against the greenback on Tuesday.

The local currency has continued to depreciate gradually. Forex dealers maintained that the demand pressure on the dollar, mounted by summer travellers and parents paying schools fees of their children studying overseas ahead of resumption in September, was exacerbated by the CBN’s forex ban on the nine lenders.

The naira, which hit a fresh record low since the CBN floated the currency on the official interbank market in June, first touched 400/dollar at the black market this month.

Meanwhile, the CBN sold around $1.5m at the interbank forex market on Tuesday to support the local currency and ensure the closing rate stabilised, Reuters reported, quoting currency traders.

The naira closed at 305.50 to the dollar on the interbank market, same level it had traded since last week, having touched 325.50 a dollar intraday, but gained after the CBN’s intervention.

Traders said the naira had consistently closed around 305.5 to the dollar since August 22, an indication that the CBN was concerned about a particular price range for the local currency.

On Monday, the forex market registered $327m worth of trades, about six times more than its usual volume.

Average trading is around $50m a day on normal days; it may reach $100m on days the CBN intervenes in the currency market.

According to traders, dollar shortage remains a major concern in the market even with the daily intervention by the central bank and a pocket of flows from offshore investors.

The naira traded at a fresh record low of 418 to the dollar on the black market, against 414 a dollar on Monday, traders said.

Kingsley Obiora, a member of the Monetary Policy Committee, in his personal statement released by the CBN, said the growth was driven by balances with CBN/banks, OMO bills, and credit to the real sector of the economy.

He said, “The banking system remained sound, stable and resilient. Total assets of the banking industry grew by 20.97 per cent from N53.17tn in April 2021 to N64.32tn in April 2022, driven by balances with CBN/banks, OMO bills, and credit to the real sector of the economy.

CBN said the improvement was due to the restructuring of facilities, efficient recovery strategies and sound management practices by Other Depository Corporations.

“This is because given the level of financial inclusion, given that people hardly keep money at home, any significant increase in money in circulation will have an impact on the banks’ total assets. 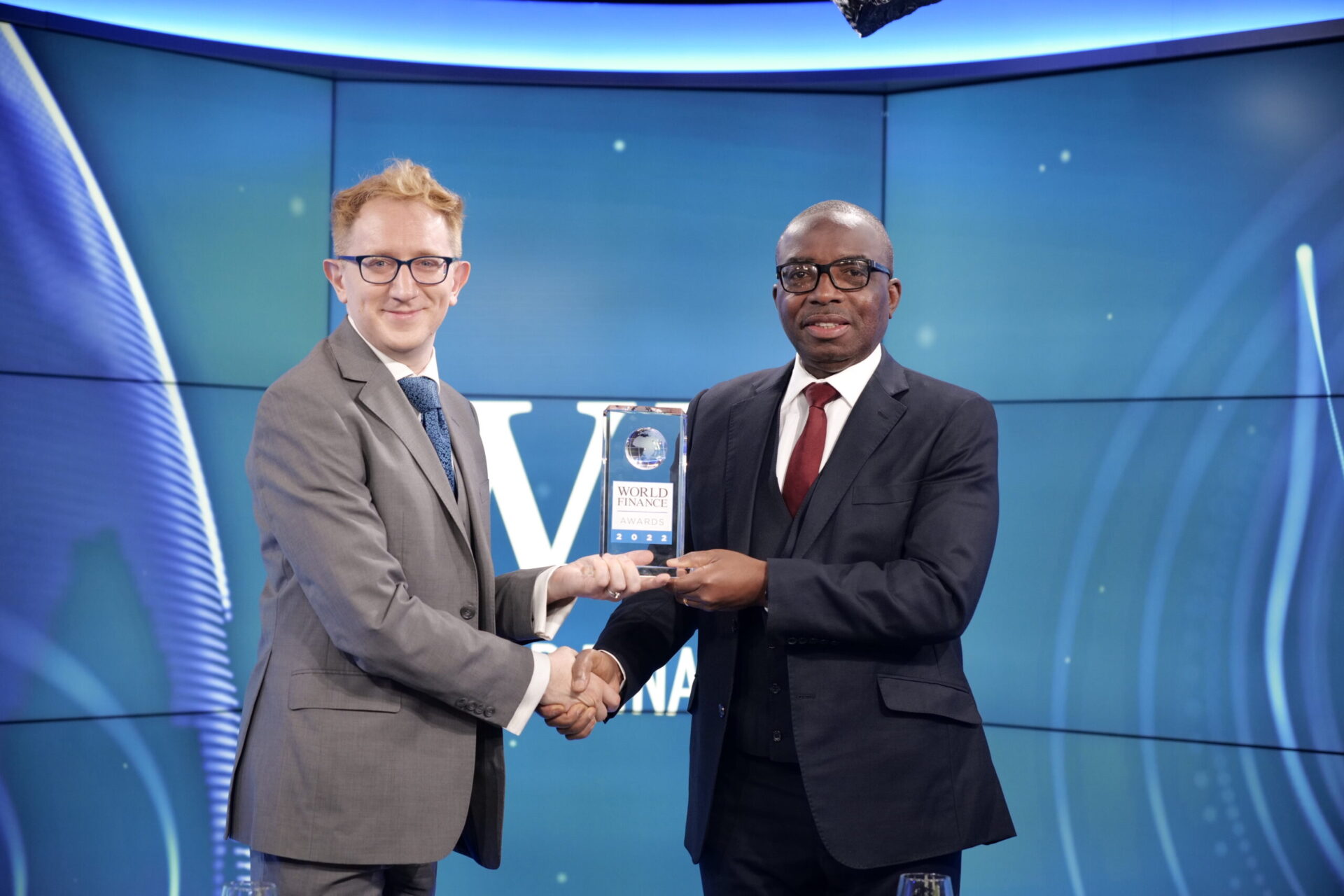 The awards were in recognition of the bank’s sound digital transformation and best-in-class sustainability and corporate governance practices that over the years have led to a stellar business performance, even in a difficult economic climate like Nigeria.

At the awards presentation at the London Stock Exchange on Monday was the Group Managing Director and Chief Executive Officer, Zenith Bank Plc, Mr. Ebenezer Onyeagwu.

Speaking on the awards, Onyeagwu said “These awards reflect our strong business fundamentals, resilience and ability to adapt to the ever-changing dynamics of the market through our innovative solutions, as well as our commitment to global best practices. As a member and signatory to various domestic and international sustainability frameworks including the United Nations Global Compact (UNGC) and the Central Bank of Nigeria Sustainable Banking Principles, we continue to support the achievement of the Sustainable Development Goals (SDGs) by creating value for our shareholders, customers, clients, investors, communities and the environment through our practices, operations and investments.”

Onyeagwu went on to dedicate the awards to Jim Ovia, CON, the Founder and Group Chairman, for his pioneering role in building the structures and laying the foundation for an enduring and very successful institution; the Board for the outstanding leadership they provide; the staff for their commitment and dedication; and the bank’s customers for making Zenith Bank their preferred financial institution.

Zenith Bank’s track record of excellent performance has continued to earn the brand numerous awards, with these latest accolades coming on the heels of several recognitions including being voted as Best Bank in Nigeria, for three consecutive years from 2020 to 2022, in the Global Finance World’s Best Banks Awards; Best in Corporate Governance ‘Financial Services’ Africa, for three consecutive years from 2020 to 2022, by the Ethical Boardroom; Best Commercial Bank, Nigeria and Best Innovation In Retail Banking, Nigeria in the International Banker 2022 Banking Awards; and Bank of the Year (Nigeria) in The Banker’s Bank of the Year Awards 2020. Also, the Bank emerged as the Most Valuable Banking Brand in Nigeria in the Banker Magazine Top 500 Banking Brands 2020 and 2021, Number One Bank in Nigeria by Tier-1 Capital in the “2021 Top 1000 World Banks” Ranking by The Banker Magazine and the Retail Bank of the year at the BusinessDay Banks and Other Financial Institutions (BOFI) Awards 2020 and 2021.

Similarly, Zenith Bank was honoured as Bank of the Decade (People’s Choice) at the ThisDay Awards 2020 and emerged winner in four categories at the Sustainability, Enterprise, and Responsibility (SERAS) Awards 2021, carting home the awards for “Best Company in Reporting and Transparency”, “Best Company in Infrastructure Development”, “Best Company in Gender Equality and Women Empowerment”, and the coveted “Most Responsible Organisation in Africa.

The number of unbanked adults in Nigeria continues to decline as the Federal Government through the Central Bank of Nigeria (CBN) intensified financial inclusion efforts.

The number of unbanked adults in Nigeria continues to decline as the Federal Government through the Central Bank of Nigeria (CBN) intensified financial inclusion efforts.

The percentage of adults with a bank account in Nigeria rose to 45% from 30%, according to the latest World Bank report titled ‘The Global Findex Database 2021’ obtained by Investors King.

The number includes all accounts with regulated financial institutions in Nigeria.

In part, the report reads, “Individual economies saw different rates of growth over the past decade. Between 2011 and 2021, economies such as Peru, South Africa, and Uganda drove up the average with account ownership increases of 25 percentage points or more.

The Washington-based bank attributed the increase in account ownership in Nigeria and other African nations to growing mobile payment adoption.

“Sub-Saharan Africa is home to all 11 economies in which a larger share of adults only had a mobile money account rather than a bank or other financial institution account. The spread of mobile money accounts has created new opportunities to better serve women, poor people, and other groups who traditionally have been excluded from the formal financial system.”