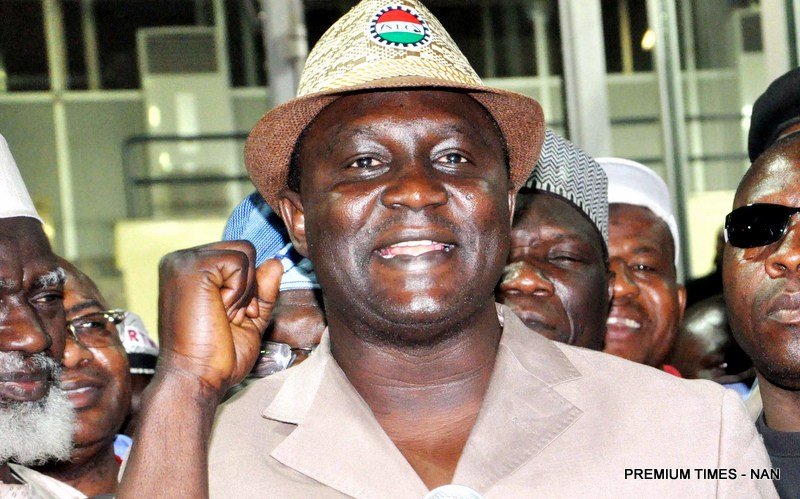 Following the purported plan by the federal government to hike the price of petroleum products, the Nigerian Labour Congress (NLC) wednesday threatened to take drastic action over any move to further hike fuel price after the last increase.

Though the federal government has clearly denied any such plan, the NLC at the end of an emergency Central Working Committee (CWC) meeting said congress is not taking such a plan lightly.

In a communique signed by NLC President, Ayuba Wabba and Secretary General, Dr. Peter Ozo-Ezon, “expressed concern at the body language of the oil marketers which points to the process of yet another round of increase in the pump price of petroleum products, warning that another spate of increase in any form will not be acceptable.”

NLC further declared that “In view of the incalculable damage any further increase in the pump price of petroleum products will cause, marketers should not contemplate this option.”

They also “called on NERC and DISCOs to obey without further delay, the subsisting court order by reviewing downward the current electricity tariff.”

NLC noted: “that in spite of the subsisting court order declaring as illegal the electricity tariff review, NERC and DISCOs are yet to comply with the court order.”

The organisation added that “in view of the growing difficulties in the economy associated with inflation and devaluation of the Naira, a new minimum wage is not only imperative but urgent as the current minimum wage cannot take the workers to the next bus stop.”

Meanwhile, the association said it would next week stage a protest against the Nasarawa State Governor, Alhaji Tanko Al-Makura, over alleged impunity and abuse of workers’ right.

To that effect, the NLC said it will “declare August 23, 2016 as national day of mourning in honour of the dead and injured workers in Nassarawa State.

“Invite Nigerian workers and civil society allies from across the country to Lafiaon August 23, 2016 to peacefully protest against the illegal actions, impunity and murderous schemes of Al-Makura.”

The NLC explained that “even if workers were on protest, the right to lawful assembly and protest is guaranteed by the 1999 Constitution, Labour Legislations and ILO Conventions to which Nigeria is a signatory.”

They also expressed “outrage at the concerted effort by the Nasarawa Police Command and the government of Nasarawa state at a criminal cover up.”

The body also described “the shooting as barbaric, tragic and saddening, noting that the absence of remorse by the Nasarawa Police Command or the Nasarawa State Governor shows it was a premeditated action.

“The mindless violence unleashed on workers is part of a calculated attempt by some governors to silence lawful and peaceful protests against their acts of impunity, unlawful and criminal conduct and will be resisted by workers with everything workers have.”

They added: “There have been systematic and co-ordinated attacks on the rights of workers in some states such as Nasarawa, Kogi and Imo by way of non-payment of salaries and pensions; illegal whittling down of the workforce via declaration of workers as ghost workers; unlawful abrogation of working days and hours; and surreptitious sacking of workers.”

NLC further demanded for “full justice for the injured and the dead by way of unbiased investigation, appropriate punishment and full compensation for the victims of this senseless shooting “Put in place a series of actions to compel the government of Nasarawa State and Nasarawa Police Command to account for their actions,” the NLC stated.