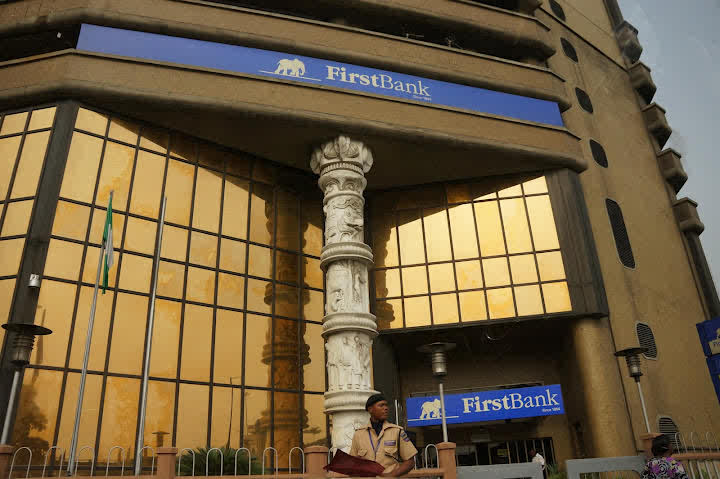 The global credit rating downgraded the United Ban of Africa (UBA) and First Bank of Nigeria.

In the report announcing the current ratings of Nigerian banks, Fitch Ratings said “it has downgraded First Bank of Nigeria Ltd’s (FBN) and United Bank for Africa’s (UBA) Long-Term Foreign Currency Issuer Default Ratings (IDRs) to ‘B’ from ‘B+’.”

Also, the agency downgraded the National Long-Term Rating of FBN Holdings Plc (FBNH), the parent holding company of FBN, to ‘BBB+ (nga)’ from ‘A (nga).”

“The Outlook on the Long-Term Foreign Currency IDR of one of the banks, Guaranty Trust Bank (GTB), has been revised to Stable from Negative due to continuing strong earnings and stronger-than-expected liquidity. Our rating actions follow the downgrade of Nigeria’s sovereign ratings on 23 June 2016.

“The IDRs of UBA, Access Bank (Access) and Wema Bank (Wema) are driven by both their standalone strengths, reflected in their VRs, and by the likelihood of sovereign support, reflected in their SRFs.” Their VRs and SRFs are at the same level. The IDRs of FBN, Diamond Bank (Diamond), Fidelity Bank (Fidelity), Union Bank (Union) and First City Monument Bank (FCMB) are driven by their SRFs.

“Fitch has revised the SRFs to ‘B’ from ‘B+’ for the systemically important banks, FBN, UBA, Zenith and GTB following the downgrade of Nigeria’s sovereign ratings. As a result, both FBN’s and UBA’s IDRs have been downgraded to ‘B’ from ‘B+’. The IDRs of both Zenith and GTB are affirmed at ‘B+’ and are now driven by their respective VRs of ‘b+’.

The federal government borrowed about $5.9 billion in 2020, to tackle the COVID-19 pandemic and implement its budget. The Minister of Finance, Budget and National Planning, Mrs. Zainab Ahmed, revealed this yesterday.

A statement issued by her Special Adviser, Media and Communications, Mr. Yunusa Abdullahi, yesterday, indicated that the minister told the Collaborative Africa Budget Reform Initiative (CABRI) General Assembly during a webinar, that the federal government had to move quickly to save the economy.

Speaking on Nigeria’s fiscal response – short term interventions and impact on public finances, as an immediate fiscal response, Mrs. Ahmed said: “We did the following: Procured a $3.4 billion loan from the International Monetary Fund (IMF) and about $2.5 billion in local currency from the domestic capital market to support the 2020 budget implementation), among others.”

She noted that the government then packaged a N500 billion for COVID-19 Crisis Intervention Fund in the 2020 revised budget, as part of a N2.3 trillion Economic Sustainability Plan.

Mrs. Ahmed said that the government had begun the process of moving the economy away from its primary dependence on oil for revenues and foreign exchange, and making steady gains in addressing infrastructure and human capital challenges before the pandemic hit the global economy.

She said, “In effect, the US$57 crude oil price benchmark approved in the 2020 budget became unrealistic triggering the need to adjust the following variables: reduction of crude oil benchmark price from US$57 per barrel to US$28 per barrel; reduction of daily crude oil production benchmark from 2.18 million barrels per day (mbpd) to 1.9 mbpd; adjustment of the official exchange rate to N360/US$1 from N305/$.”

Mrs. Ahmed revealed that part of the federal government Supplementary Budget on COVID-19 would be spent on the procurement of 29. 588 million doses of the Johnson & Johnson vaccine.