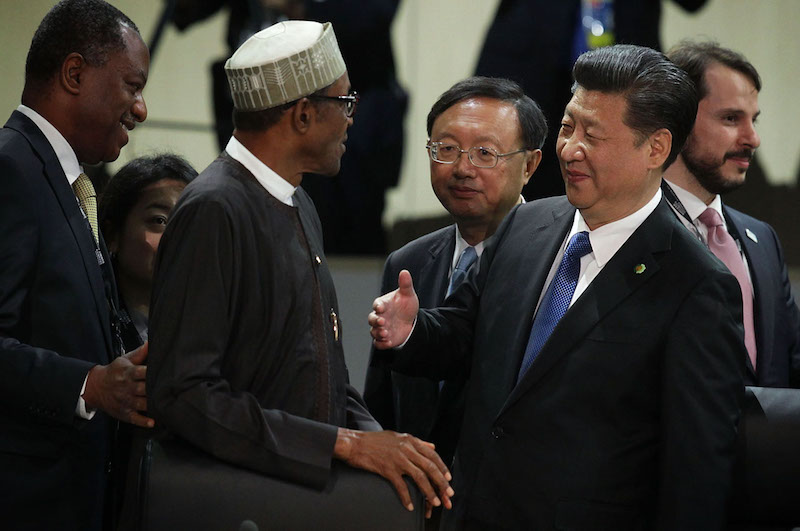 The Nigerian State Minister for Petroleum Resources, Emmanuel Kachikwu said on Tuesday that Nigeria has signed a memorandum of understanding (MOU) worth over $80 billion with Chinese companies.

The minister who led a team of Nigerian National Petroleum Corporation ‘Top Management’ and Key Industry Stakeholders to the NNPC-China Investors’ Roadshow in Beijing, China said “it was an outstanding success as the corporation achieved its bid to bridge the infrastructure funding gaps in the Nigerian oil and gas sector.”

The fund is to be spent on investments in oil and gas infrastructure, refineries, power, pipelines, and facility refurbishments and upstream.

According to the minister, this will help enhance the economy and foster a new growth pattern through job creation, jumpstart weak oil sector, support businesses, aid diversification of the economy and open up the country for more foreign investments.

This is a follow up to President Muhammadu Buhari’s working visit in April 2016, were the new Nigeria-China bilateral trade relation was solidified — including a deal on yuan transactions with the Industrial and Commercial Bank of China Ltd (ICBC), the world’s biggest lender and the Central Bank of Nigeria.

It should also be recalled that a Chinese delegation visited the president last week and said they were in the country “to implement the outcome of the last meetings between the presidents of Nigeria and China and to enhance existing cordial friendship and bilateral trade relations between the two countries,” said Mr. Qiam Keming, China’s Vice Minister of Commerce.

It is widely believed that the deal will boost capital importation and ease the pressure on the dollar as Chinese companies can now transact in Renminbi (yuan) without constraint, under the ‘free to flow’ agreement.

“It means that the Renminbi (yuan) is free to flow among different banks in Nigeria, and the Renminbi has been included in the foreign exchange reserves of Nigeria,” said Lin Songtian, Director General of the African Affairs Department of China’s foreign ministry.